Where to get Thieves Guild Motif

Chapters can be obtained from Professional Thief's Satchel of Laundered Goods which is a reward container acquired by completing Heist Daily Quests from the Thieves Guild within the time limit. 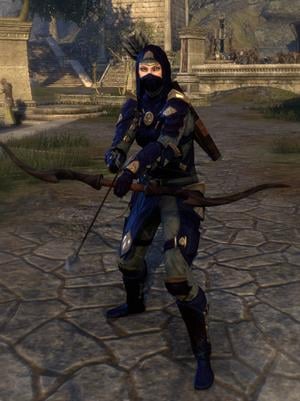 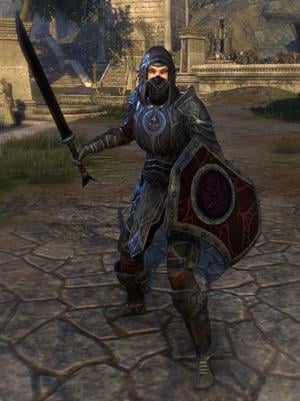 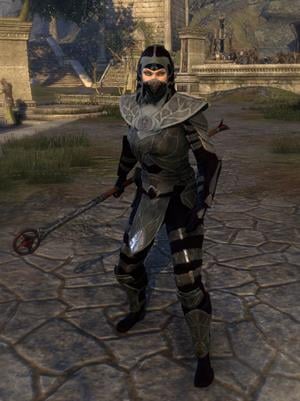 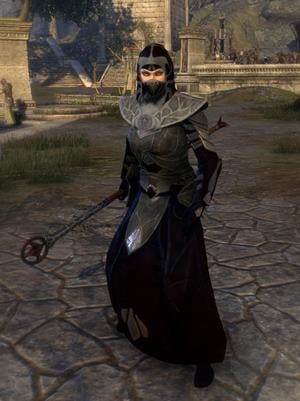 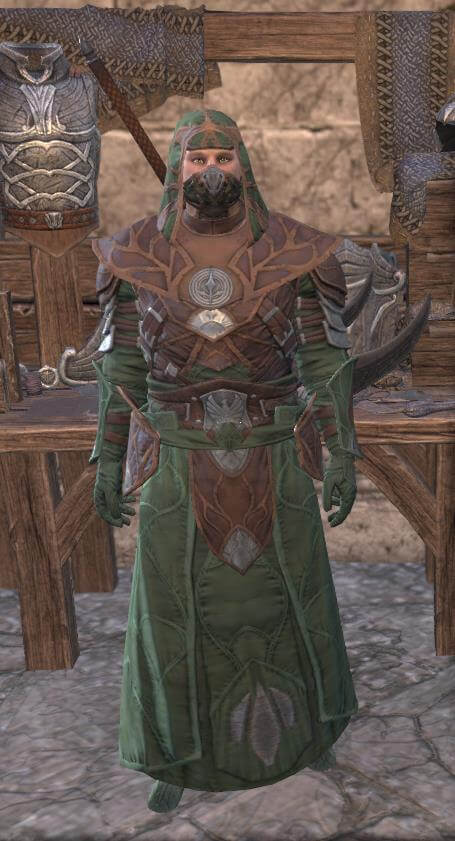 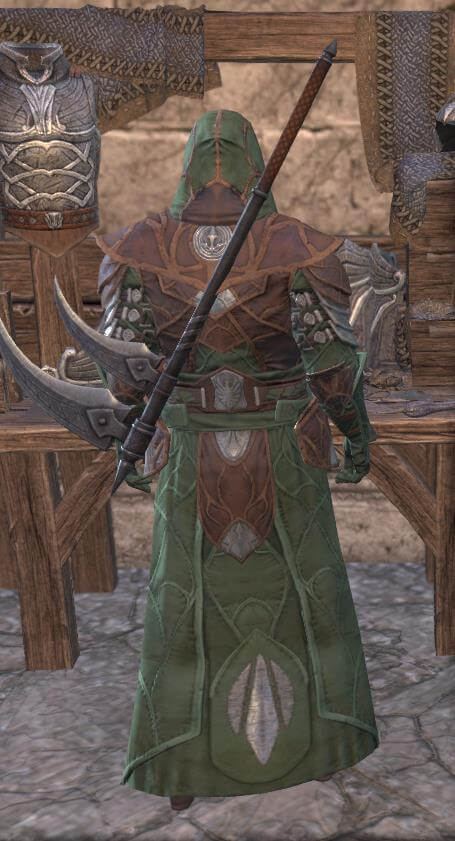 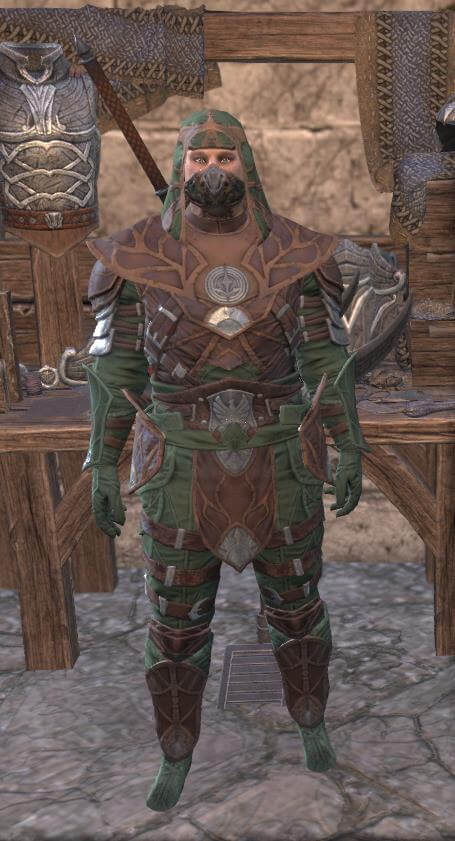 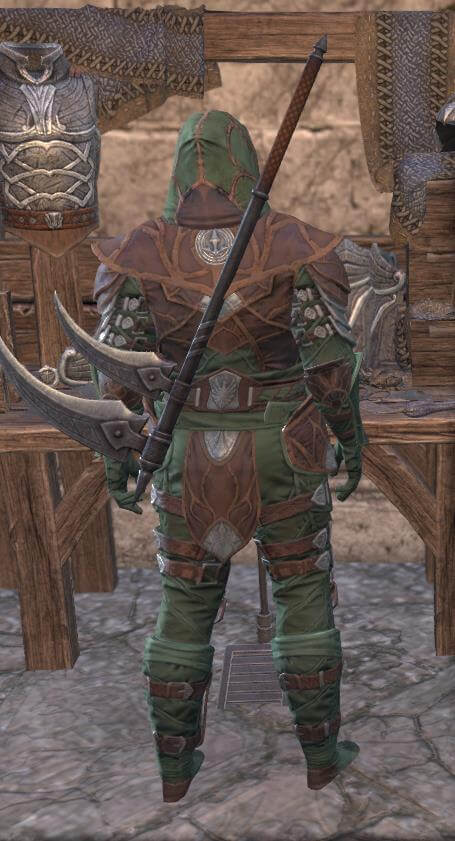 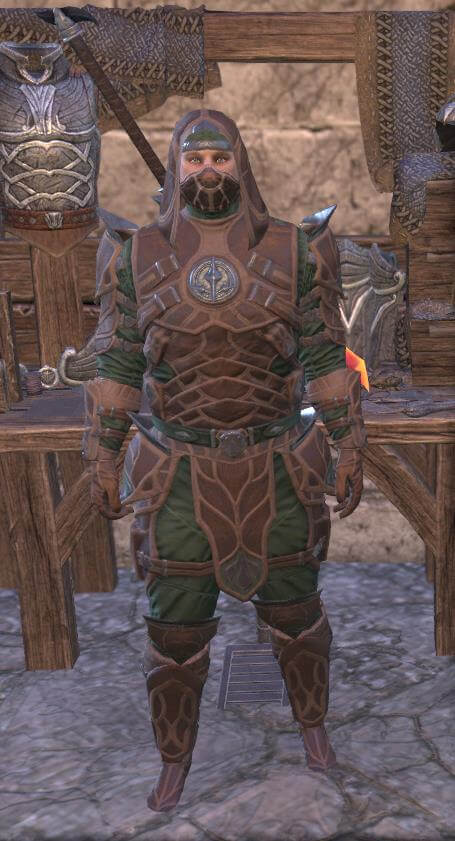 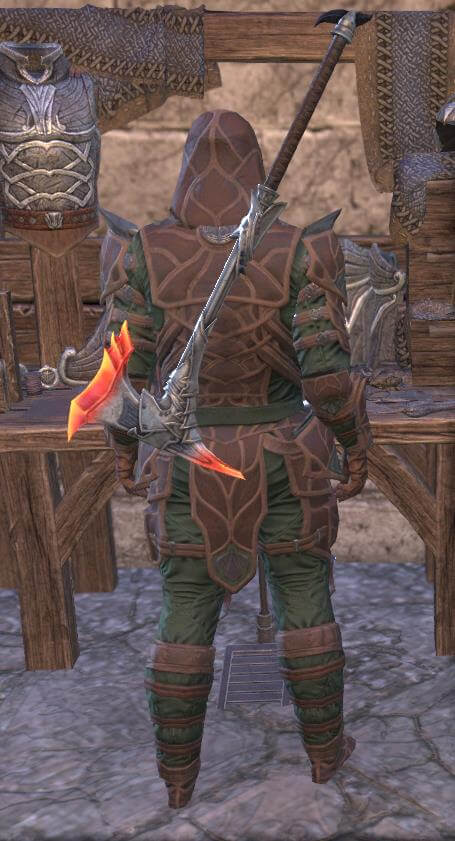 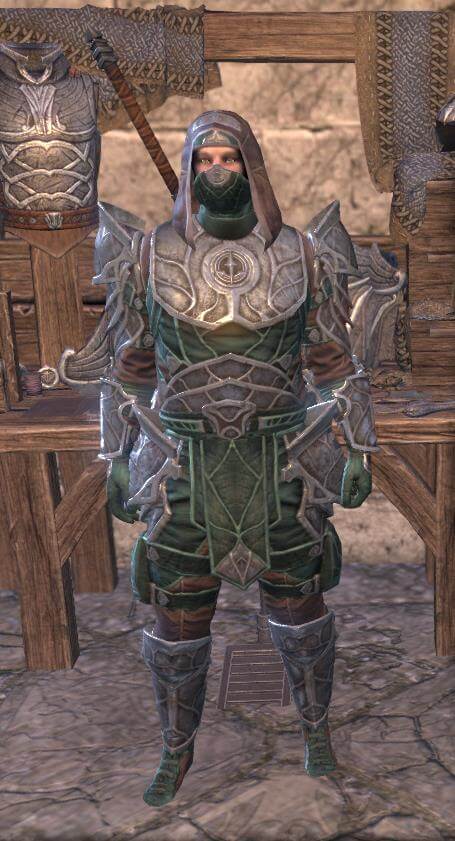 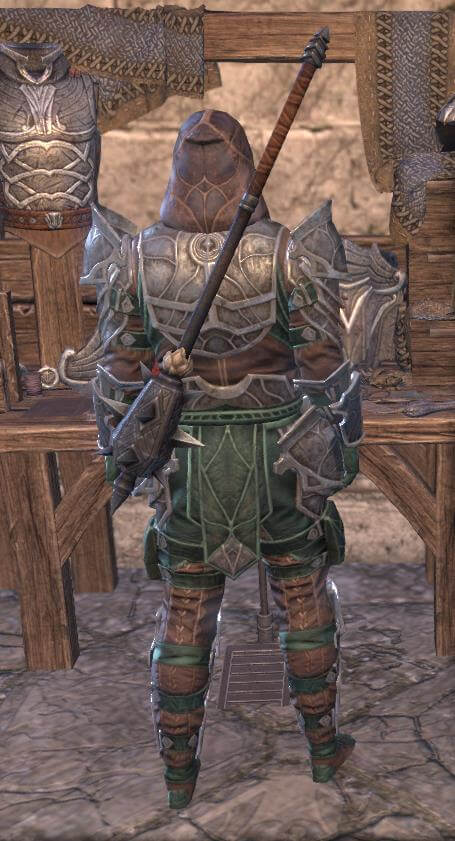 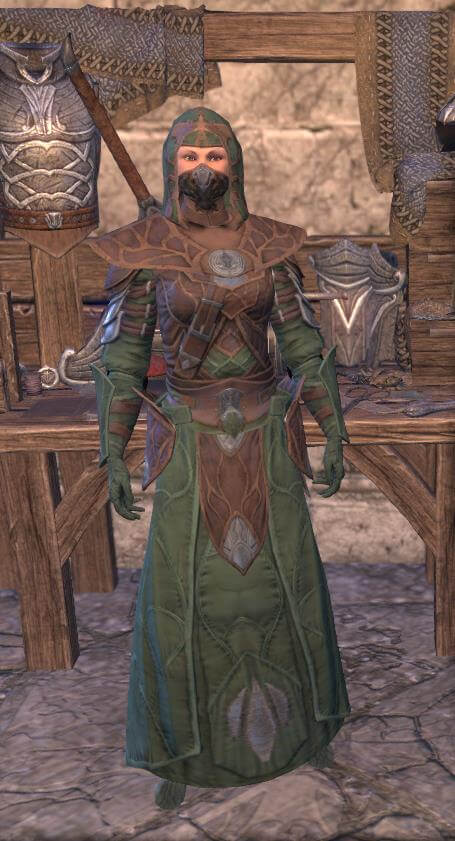 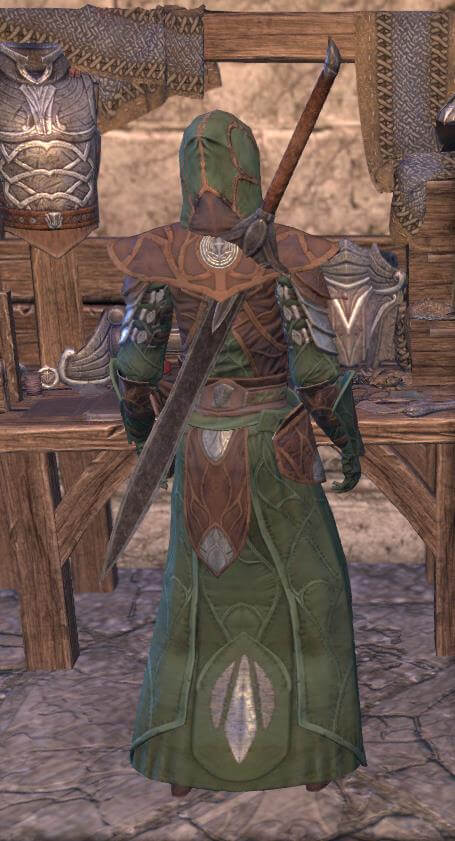 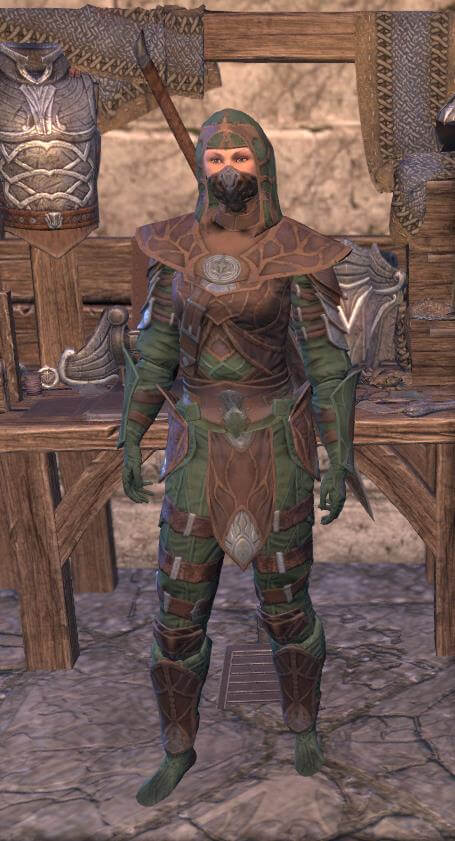 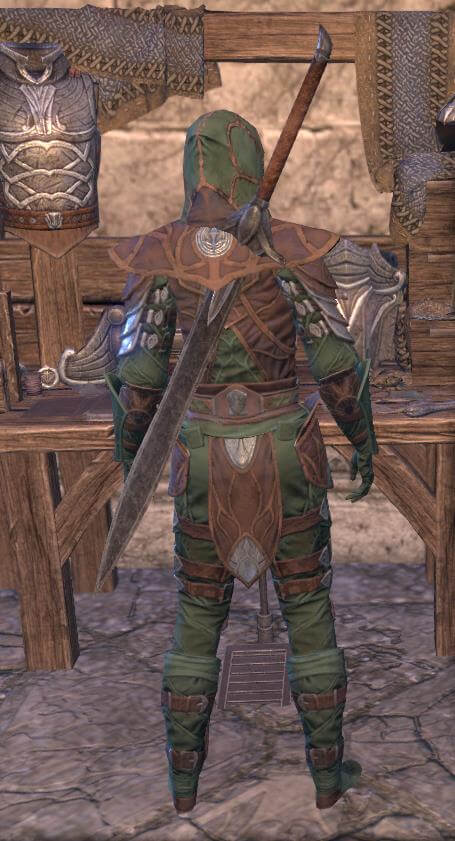 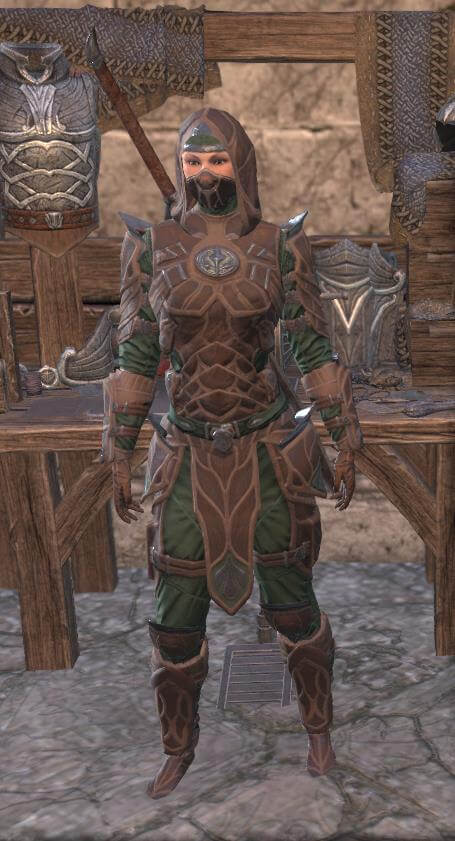 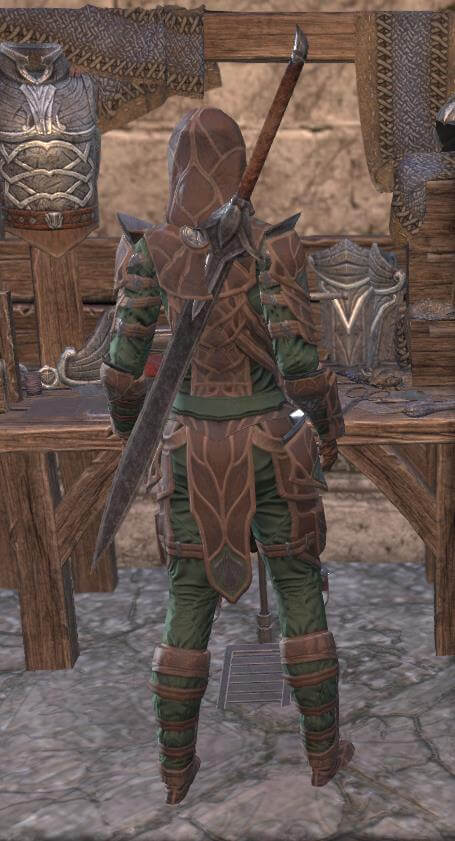 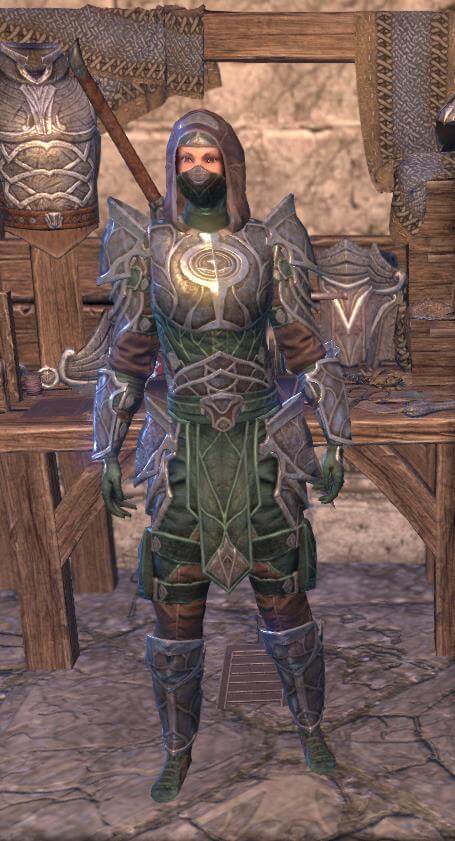 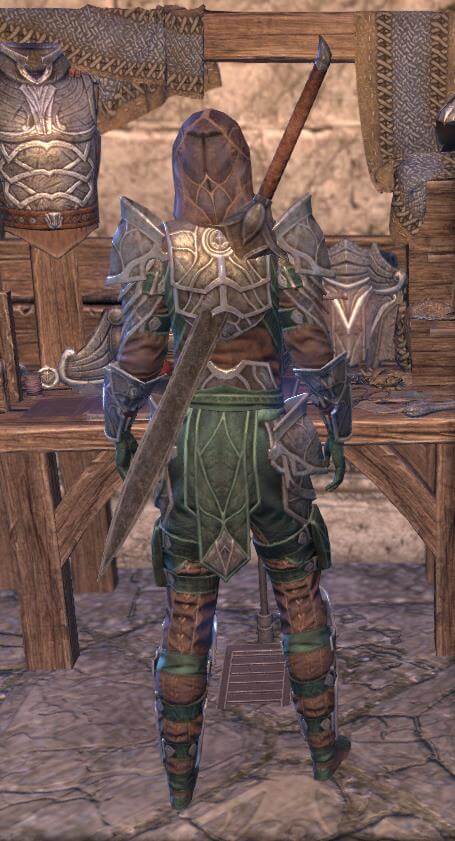 Do you know what's a good way to waste money? …Actually, you probably know a lot of ways to waste money. Let me rephrase that: do you know a good way to save money? I'll tell you—buy in bulk, and have any manufactured goods made to specific standards. Economy: that's the reason Thieves Guild arms and armor need to follow the specifications below.

Thieves Guild axes are sturdy, made to open up both armored opponents and reluctant doors. Also, note the way our axes have hooked blades so they can act as prying tools when necessary. The Guild triple-dagger symbol appears in the center of the head.

Actually, the Guild is not all that finicky about belts, so long as they're strong and made of top-grain hide, whether from cattle, welwa, or kagouti. Design of the metal buckle is less important than the fact that it shouldn't be shiny.

Guild boots should be of sturdy leather, with stiff uppers but soft and flexible soles. Get a pair from the supplier and test them yourself: if they creak or rustle when you walk, they're not suitable for the Thieves Guild.

A Thieves Guild bow should be of dense but springy ash or yew, powerful enough to drop a guard at medium range. The front of the limbs should be faced with (dull) metal sheathing for parrying purposes. Arrowheads should be steel, but once again, not shiny: you don't want a glint from your arrow to betray your position as your [sic] draw down on your target.

Our cuirasses are constructed of overlapping layers of articulated tooled leather, well-oiled to keep the armor both flexible and silent. Heavier versions will be faced with light steel plates to protect critical areas, but the metal must be matte and dullish. A round boss with the three-bladed Guild symbol is to appear on both chest and upper back.

The official Guild dagger is a double-edged stabbing weapon with a broad blade- almost a short sword. The flaring three-bladed Guild symbol at the hilt serves as a crossguard.

Thieves Guild gloves may look like warrior's gauntlets above the wrist, but the fingers must be sheathed in soft kid or chamois so as not to interfere with the delicate manipulation so critical to thieving.

We're thieves, so we don't wear steel pots on our heads: metal helmets are noisy, shiny, and would impair our vision. We want a nice, flexible, dark leather cowl, with a feature-concealing mask covering the lower half of the face.

Guild greaves are nothing fancy, just gaiters of dark oiled leather with attachment points for dull steel overplates. As with the rest of the armor, they mustn't creak during movement.

A Thieves Guild warhammer doubles as both weapon and tool: the heavy, flat head is backed with a spike that can also serve as a crowbar. The three-bladed Guild symbol should appear on both sides of the hammer head.

Deciding to encumber oneself with a shield can be a difficult decision for a thief, so we allow a fair amount of variation is both shape and size: anything from a medium round shield up to a full kite shield is acceptable. The Guild symbol should appear in the center on a (rather large) round boss.

The fact is, thieves often run away, and when you're running away you tend to get hit on the shoulders. So for us, shoulder armor is not a good place to economize. We want multiple layers of thick, articulated leather on our pauldrons, with buckle points for adding additional layers of non-shiny metal. Don't skimp.

Thieves Guild spell staves are pretty low profile, of dark hardwood with a finial in the shape of our familiar three-bladed symbol. It's a good idea to add metal prongs to the foot so the staff can help add stability when thieving on uncertain surfaces.

A thief doesn't really want to close with an opponent (except by surprise), so our Thieves Guild swords are broad, double-edged affairs made for slashing so as to keep an enemy at bay. As with the daggers, our flaring three-bladed Guild symbol provides a crossguard at the haft.