Ancient Elf Style is a craftable armor and weapon style in Elder Scrolls Online which is divided into several chapters: one for each weapon type and one for each armor piece.

Where to get an Ancient Elf Motif

Chapters of this style can be found in Guild Stores, Desks, Dressers, Backpacks, Trunks, Nightstands & Wardrobes (In Cadwell's gold area for your faction) 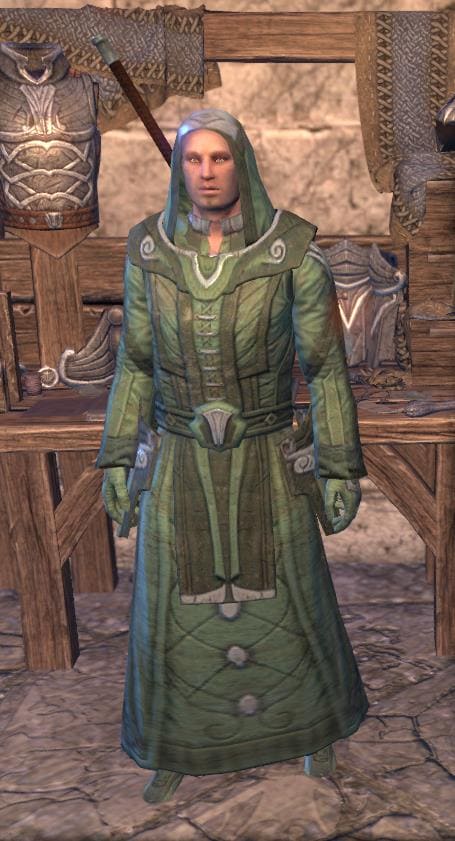 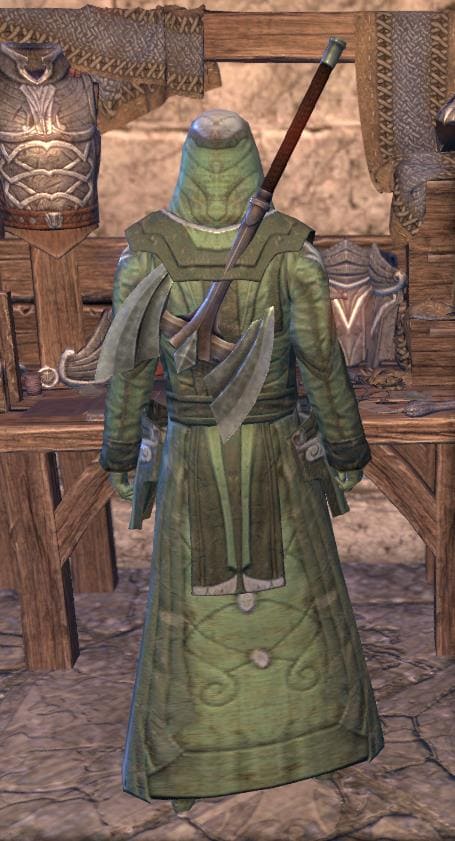 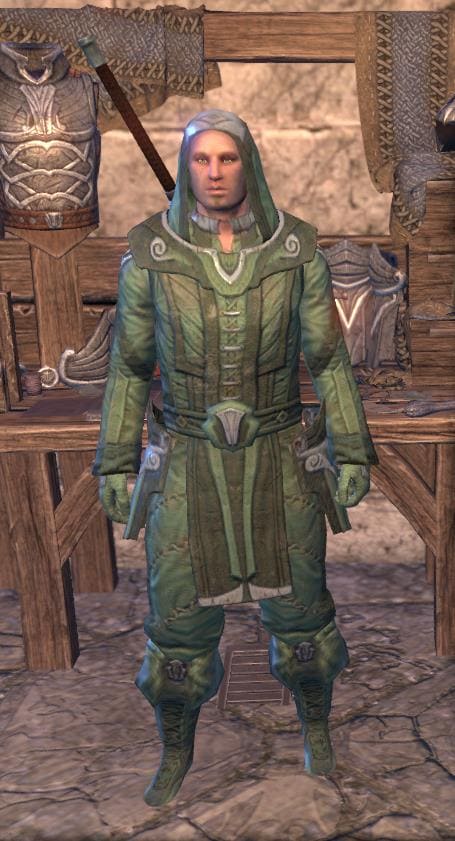 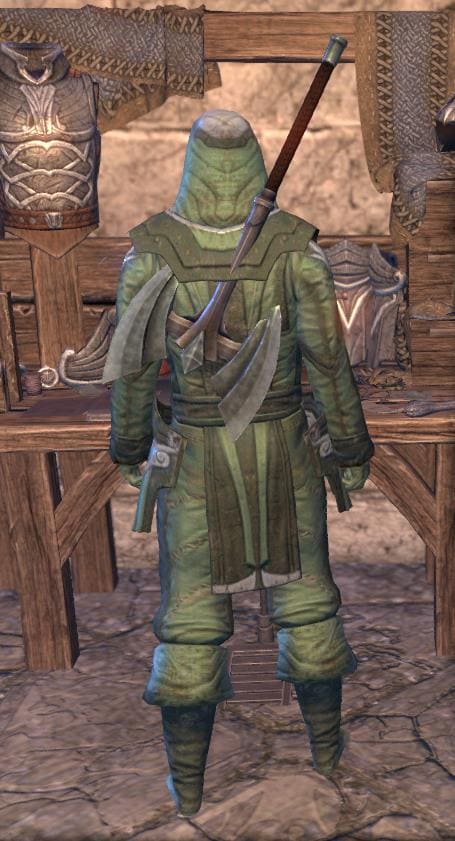 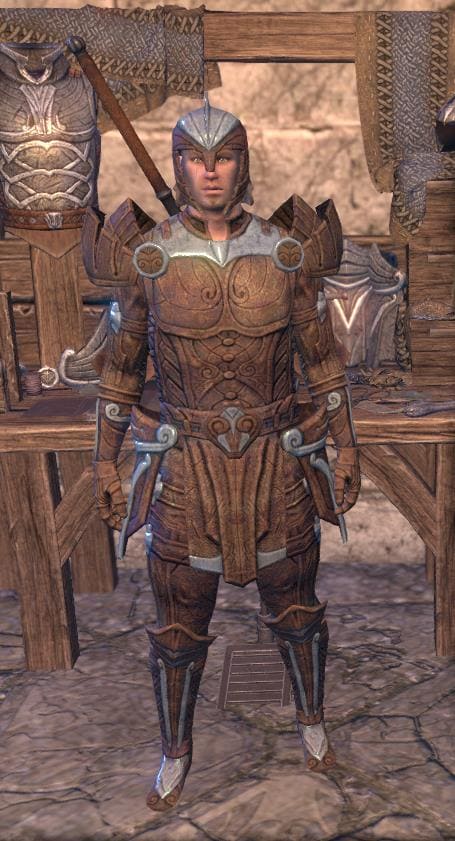 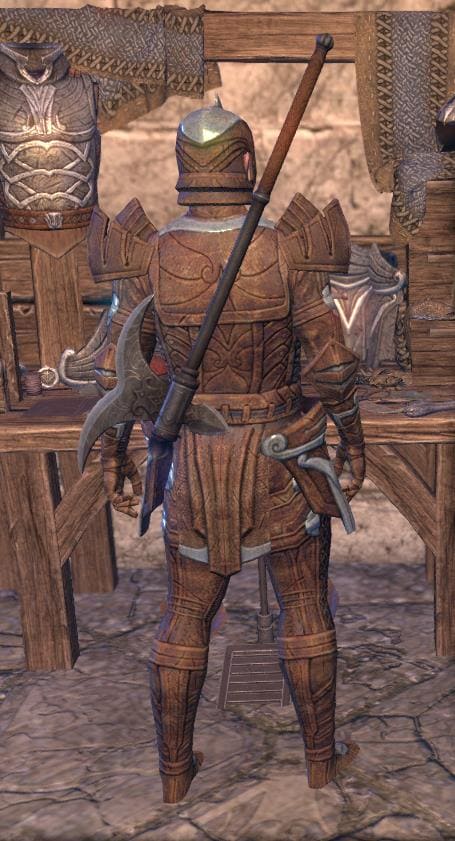 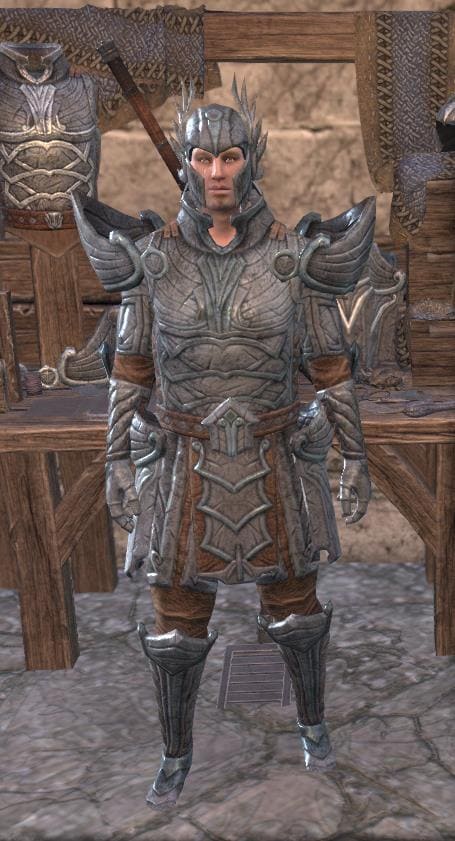 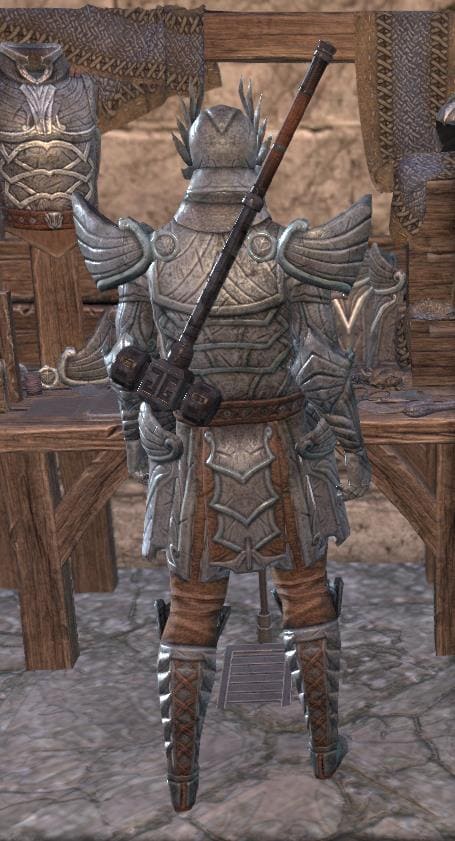 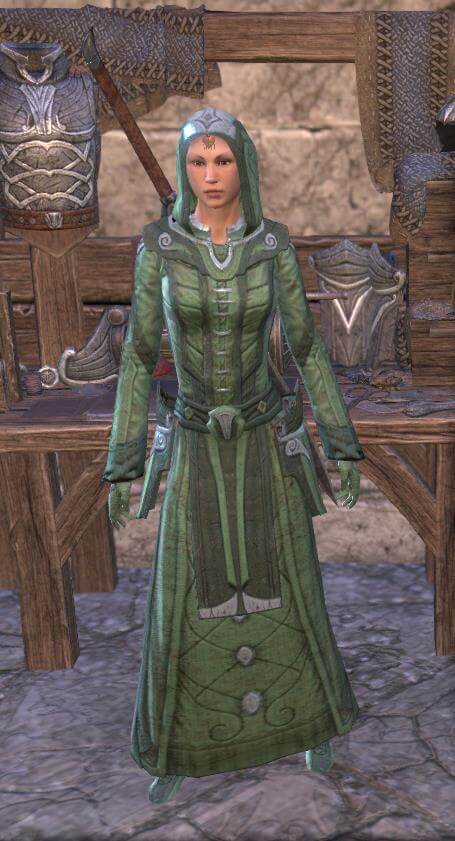 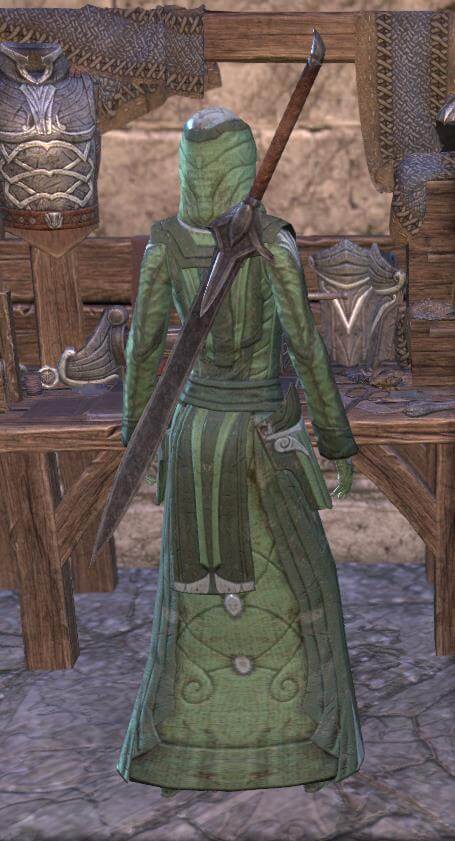 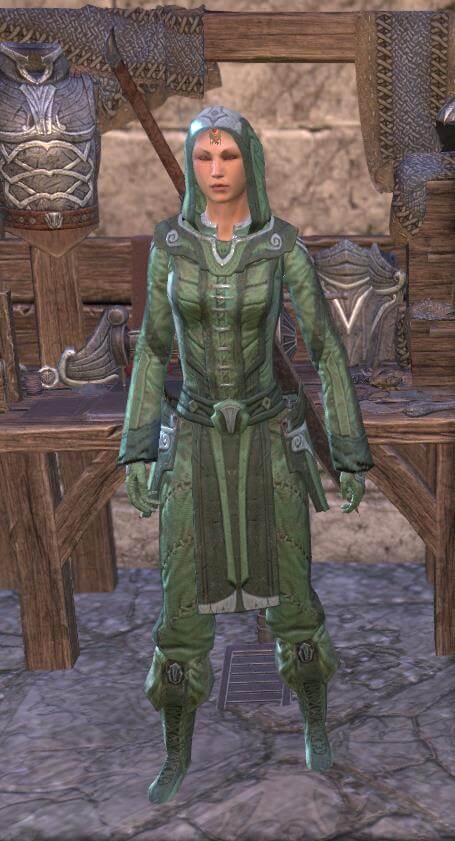 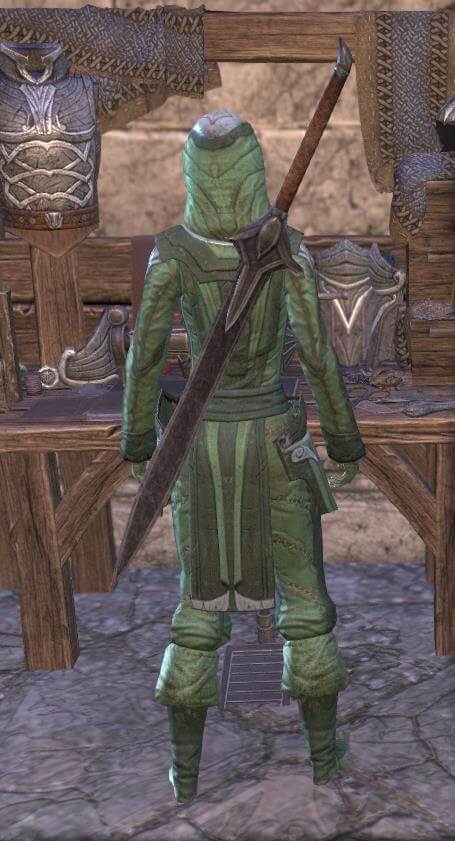 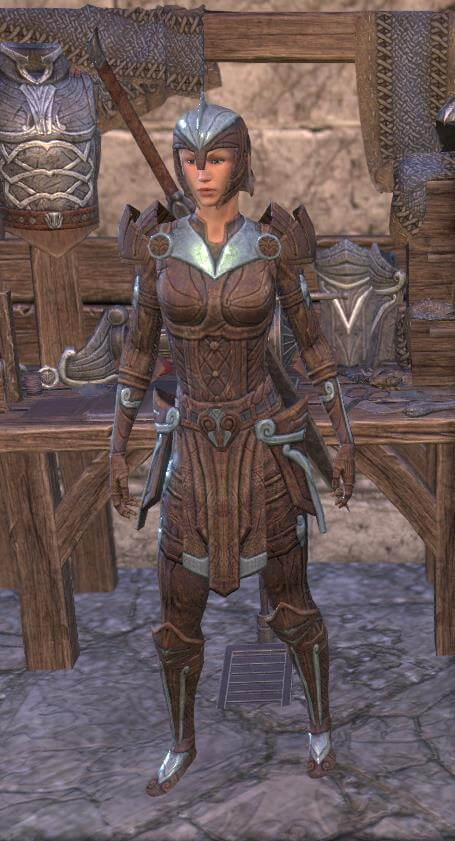 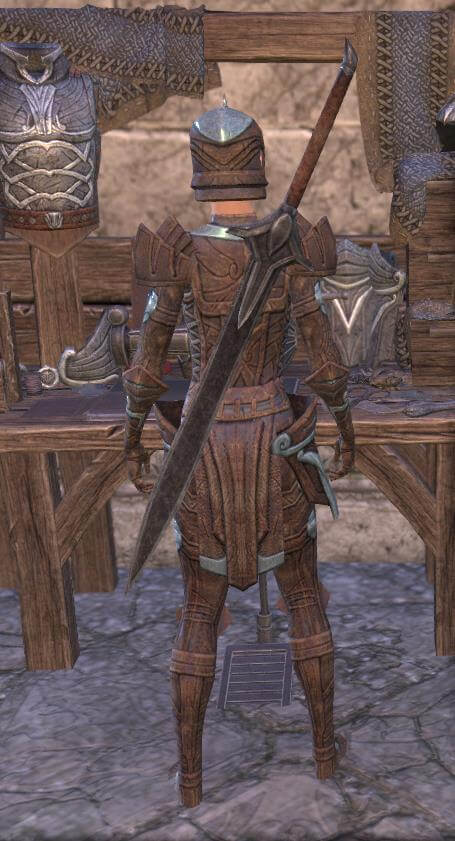 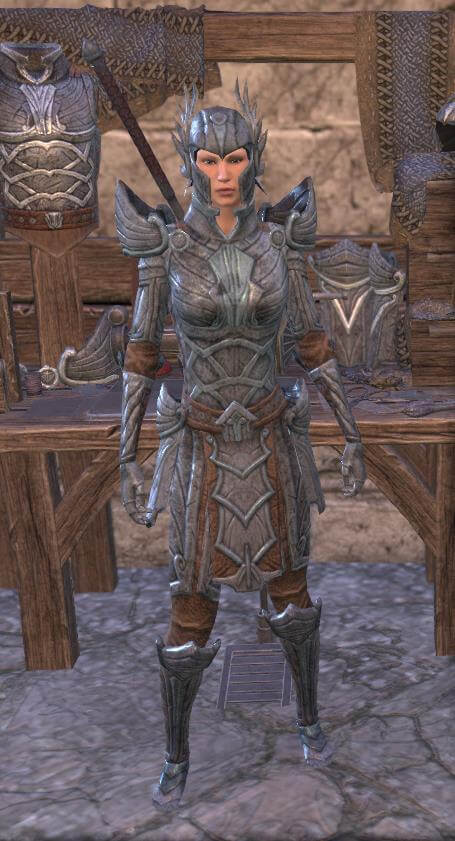 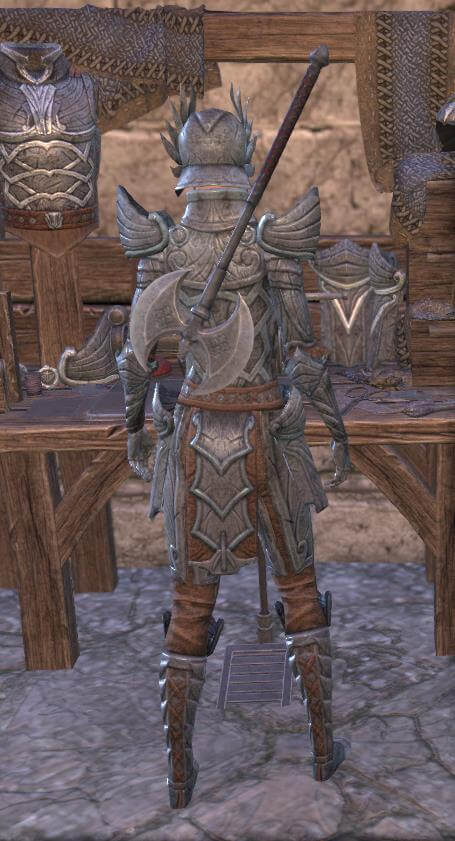 The master—I mean the Professor, Morian Zenas—is gone. So is Lady Alfidia, though I always addressed her as Doctor Lupus. So, for that matter, is the Telvanni, but he, at least, will not be missed—nasty mer, always making caustic comments about "the scaleskin help" whenever the Professor wasn't around.

No, I am glad the Telvanni is gone. But the others … well.

I will stay on here as long as I may, keeping the Professor's town house in order, organizing his notes and his reagents, dusting his beloved books. I still hope for his return. For now, the University has him listed as "On Sabbatical," and sends his stipend to me so I can maintain his residence and arcane workshop.

It was while in the study, straightening the Professor's desk, that I came across a stack of notes in Lady Alfidia's elegant handwriting, unfinished studies of clothing, arms, and armor in several cultural styles. The river flows slowly these days, so I have decided to organize these style notes in a fashion that (I hope) approximates how the lady doctor would have done so herself.

Though notes about the styles of the leading Elven societies of current-day Tamriel have already been compiled, there is more to say, as the mer, who revere their ancestors and ancestry, have a special regard for the history of Aldmeri culture. The Merethic Era, when Elves first conquered and colonized Tamriel, they regard as a golden age to be emulated. As a result the clothing and armor of that period never really goes out of style, and many Elves still affect the styles and manners of the ancient Aldmeri. It is not at all unusual, even on continental Tamriel, to encounter a High Elf or Dark Elf dressed like an ancient Ayleid or Chimer. The Elves call this practice "draping Ehlnofic," but the rest of us just call it "Ancient Elven" and leave it at that.

(I will add here to the absent lady's notes that I myself, though having lived in the Imperial capital for many long years, have never seen a Wood Elf sporting this Ancient Elven style. But the Bosmer, like we Argonians, seem to prefer to live in the Aurbic Now, showing relatively little regard for the ways of former ages.)

Ancient Elven is different from Elven styles favored by modern artisans of Summerset and Morrowind in that it is somewhat more organic, and yet at the same time more abstract. Flowing floral motifs are common, usually tapering to a sharp point or end, as in the sharp-peaked arches so familiar to the inhabitants of Cyrodiil from our ubiquitous Ayleid ruins. Circles, semi-circles, and arcs abound, often containing the organic tapering tendrils, much as the Aedra (whom the Elves claim as ancestors) were constrained by the creation of the Mundus.