Huntsman Style is an armor and weapon style in Elder Scrolls Online. This Style is divided into several motif book chapters: one for each weapon type and one for each armor piece.

Where to get Huntsman Motif

Chapters are obtainable from the final boss in March of Sacrifices (Balorgh). Drop rates depends on the difficulty of the mode. 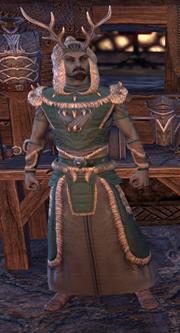 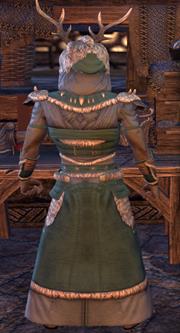 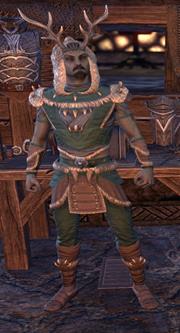 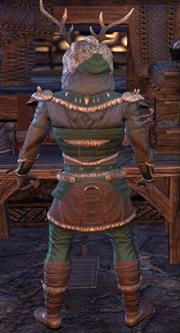 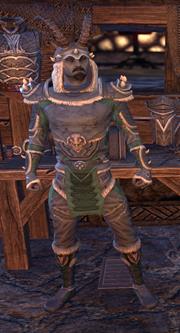 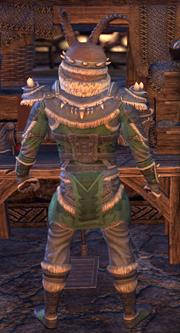 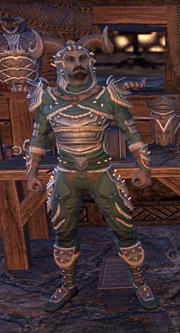 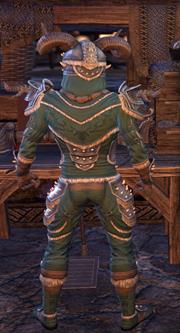 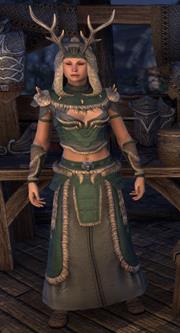 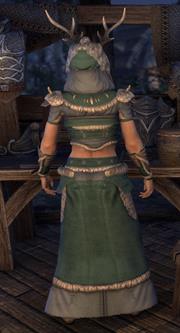 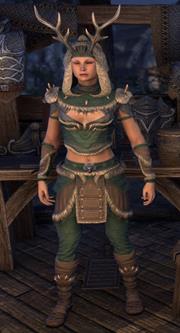 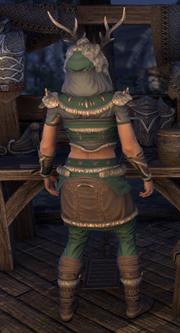 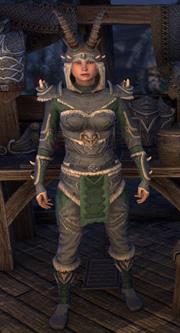 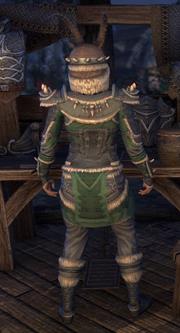 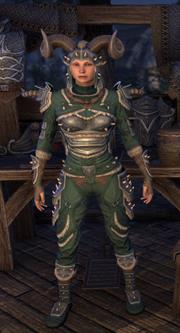 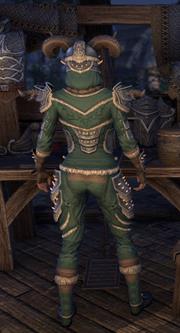 For those who would honor Hircine the Hunter, it is right and proper to adopt the apparel and arms of his Huntsmen, those spear-shakers, fewterers, and whippers-in of the Lord of the Hunting Grounds. Just as his Huntsmen evoke Hircine's Aspects by their appearance, we honor him by emulating our prince's Huntsmen. All hail the Great Hunter! Even his curses are blessings! It is so, for I have said it.

Heavy of blade is the Huntsman's axe, for it has but one sacred task: to behead the Prey once it is run to ground and sore wounded. Adorned with antlers, the axe evokes Uricanbeg the Stag, whose hooves drum the Blood Summons. Stamp for the Stag!

The Huntsman's belt is typically made from the hide of mighty beasts such as mammoths or brown bears, and usually tanned with the fur or bristles left on. The Hunting Grounds is a land of woods and fields, not cities of cold brick and stone, so Hircine and his Hunters always show a touch of the wild about them.

Our boots are of flexible hide with felted uppers, studded in the heavier versions. They are based on the boots worn by our lord as depicted in his aspect of Alrabeg the Hunter and seen on traditional blankets and hunting lodge wall hangings. Praise be to Alrabeg, who finds the worthiest Prey! Gibber, manlings, and dance to his name!

The Huntsman's bow is a composite of wood, horn, antler, and hide, and is the standard weapon of the stalkers and hunters who bring down the Prey. The bow is decorated with wolf's-heads at the angle of its limbs to honor Storihbeg, the Wolf Aspect of Hircine. Howl for Storihbeg!

A chest plate of cuir bouilli atop a leathern jack is all the body armor a Huntsman needs, even against the fiercest of Prey—for a hunter must be nimble to avoid a beast's fangs and talons, or a mortal's dagger and glaive.

The large hunting knives of Hircine's Hounds serve many purposes, of which "weapon" is only one: skinning knife, pointer-of-stakes, and trimmer of net cords are among the others. The blade has but a single edge, but it's forged of heavy steel and balanced for both chopping and thrusting. It's a clever tool, and thus dedicated to Gulibeg the Quick Fox.

Leather vambraces protect the Hunstsman's forearms, extending down even over the back of the hands, but fingered gloves are never worn. For does Gulibeg the Quick Fox wreathe his wise and wandering fingers in swaddles of fabric? Never!

Affixed to their stiff skullcaps of boiled leather, Huntsmen wear the antlers and horns of fallen Prey, for who should respect the Hunted more than the Hunter? And when we wear beast's clothing we are akin to Storihbeg the Skinshifter, and honor him thereby. Howl again, and stomp your heels like hooves!

Is any Daedric Prince more active and more athletic than mighty Lord Hircine? I will answer for you to avoid foolish error: NO! And so his Huntsmen, and we who emulate them, must be quick and nimble, which is why we put little stock in leg armor. Does Uricanbeg the Great Stag armor his legs? No! Does Gulibeg the Quick Fox? —At this point, Uraccanach thinks he can let you answer it yourself.

The Huntsman's mace is a bone-breaker, its heavy metal head fittingly studded with bone, horn, and antlers. Though it can deliver the coup de grace when needed, it's usually employed to shatter a Prey's leg before it is beheaded with an axe. Wielding the mace calls for strength, for which we pray to Hrokkibeg the Mighty Bear!

The Huntsman's kite-shaped shield is large and of thick boiled hide, nearly as strong as metal but much lighter. It bears the antlered visage of Uricanbeg the Great Stag, and is surmounted and bordered with actual stag antlers, lashed to the shield with strips of hart leather. Beat your weapon against it to drum like the Great Stag's hooves!

Though Huntsmen in general favor relatively light armor choices, there is no harm in a good pair of pauldrons—I tell you this as a Witchman from five generations of Witchmen! Pauldrons, they are all right. And they give us one more place to wear horns and spikes, so that is all to the good.

Our spellcasters' staves are topped with the skull-and-antlers totem of Uricanbeg, Lord Hircine's aspect of the Great Stag. Rows of focusing claws line both the staff's lower head and the base of its haft, for as Destruction magic is cast from the front end, so Restoration is cast from the hind.

Sometimes the Prey requires a coup de grace of a thrust to the heart rather than a beheading, and for that task the Huntsman uses the sword. Though the Huntsman's blade is forged of the finest available steel, crossguard and haft are of claws and leather-wrapped bone, more serviceable than ornamental.