The Elder Scrolls Online is a Massively Multiplayer Online Role-Playing Game (MMORPG) set in Tamriel, the ancient land that includes the provinces of Morrowind, Daggerfall, and Skyrim.
ESO takes place during the Age of Heroes, 1,000 years before the events of The Elder Scrolls V: Skyrim. This is the time of the Interregnum between the end of the Second Empire with the assassination of the last Akaviri Potentate in 2E 430 and the founding of the Third Empire under Tiber Septim in 2E 897 (3E 1).
The Interregnum was a period of chaotic political change and constant warring between the various provinces of Tamriel as they struggled for dominance over the Imperial throne in the Cyrodiilic heartland.
Embark on an epic adventure to save the land from a seemingly unstoppable evil in a sprawling storyline that can be experienced on your own or with friends.

Elder Scrolls Online has changed to support battle-leveling (auto-scaling) for all players and allow for cross-allegiance questing, removing several restrictions. This change was implemented on Oct 18th.  Please see the One Tamriel page for details. 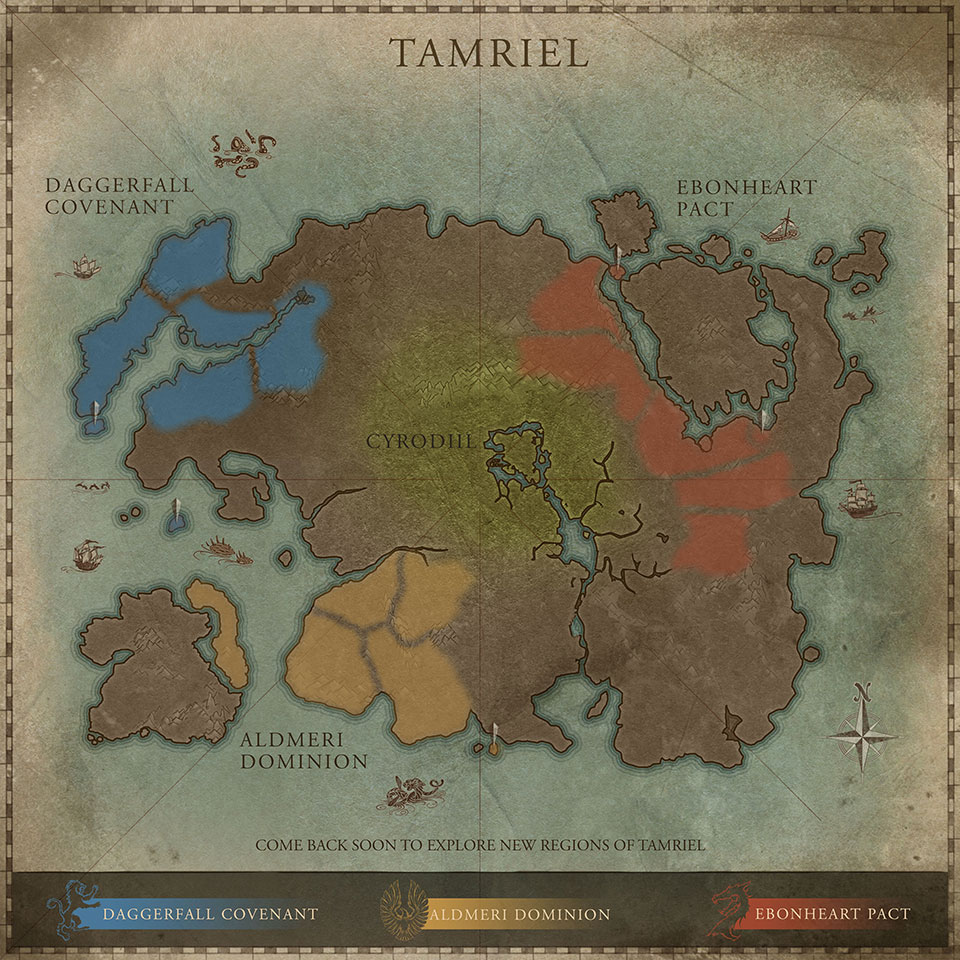