Oblivion Portals are a type of public group content in Elder Scrolls Online (ESO). Added with the Blackwood Chapter and available in Blackwood Region, the portals present an opportunity for groups of players to challenge waves of enemies in the Deadlands.

Oblivion Portals are similar to Abyssal Geysers in Summerset, which are meant to be completed by groups of players.

Oblivion Portals are located in the Blackwood zone and requires the Blackwood DLC to access. As you explore Blackwood, you will randomly come across Oblivion Portals. There are no set locations for these portals to appear in but they have a distinct appearance and pillar of light emanating from them for easy visibility. There will also be a group of Dremora appearing from each portal that will engage you on sight. Interacting with a portal will transport you into the Deadlands, the realm of Mehrunes Dagon.

The Deadlands is a realm made up of several islands separated by lakes of lava. Each island will have a portal at the end that will transport you to the next one. While the overall zone layout and flow is linear, there are different paths you can explore along the islands for chests and other loot. The main goal here is to reach Havocrel's Tower in the middle of the zone.

Note that this zone is considered a Public Dungeon and as such, you are likely to encounter other players within whom you can team up with to tackle the activity. Experienced players with decent solo builds should also have no problem completing the zone and Companions can be summoned for extra support as well. There are several minibosses you will come across and one hidden boss: 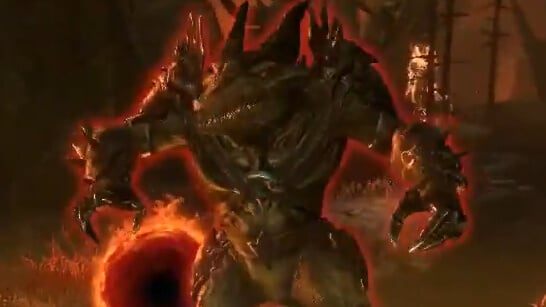 An Argonian Behemoth miniboss found in the southeastern-most island. 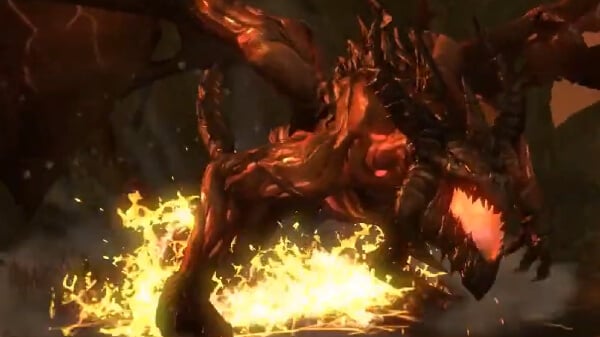 A Flame/Ash Titan miniboss found in the central-eastern island, guarding the entrance to Havocrel's Tower 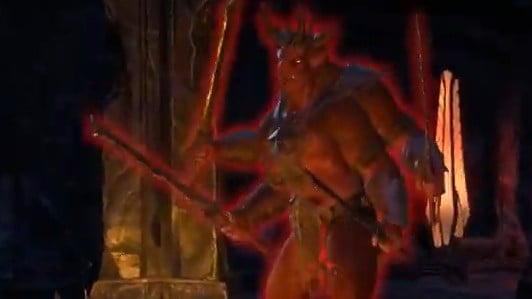 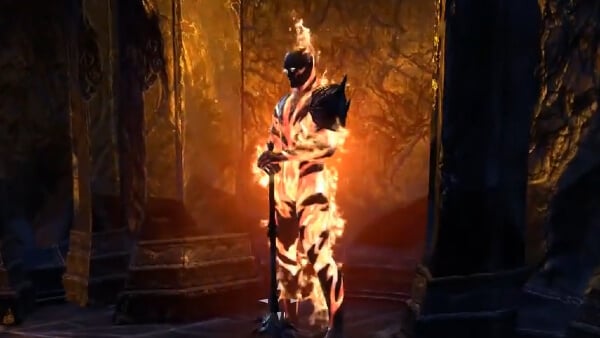 This is a hidden boss found in the main room of Havocrel's Tower. In order to fight him, you will first need to activate the four Fire Behemoths in the corners of the room. After activating the final one, all of them will come to life and engage you. Defeat all four behemoths and the Count of Cataclysms will spawn near the center of the room. Defeating him will unlock the Ruinach Rumble Achievement. After defeating the Count, you can proceed down the steps into the final area of the zone. 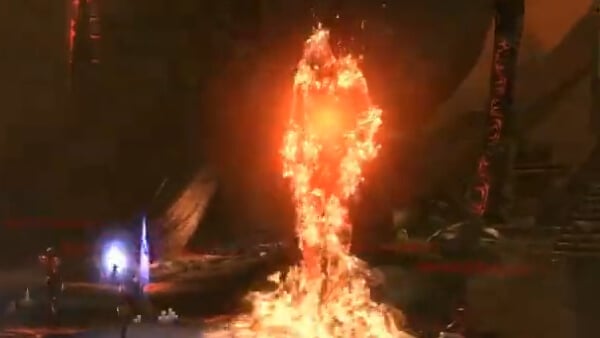 The Duke of Storms serves as the final boss of the Deadlands. He is encountered in the final courtyard-like area behind the Havocrel's Tower. When you enter the area, the Duke will not be targetable yet as he is still manifesting in a Havocrel-shaped pillar of fire in the middle of the room. To get him to materialize, you will have to defeat several waves of his minions. Once he is targetable, the fight is quite standard although the Duke can hit quite hard. There are also several hazards around the room which you should watch out for and not step in. The Duke will periodically teleport to the middle of the room and put a shield up, requiring you to defeat waves of his minions again to break it. This will repeat several times throughout the fight.

Once he is down, destroy the Daedric Device at the back to complete the encounter and spawn your reward chest.

Bog Dog (Pet) - By completing Lost in the Wilds achievement, you track down to a very precious treasure inside the Deadlands tower.

Oblivion Obliterator (Achievement) - Defeat all the generals of the Oblivion Portals as they start their incursion.

Defender of the Plane (Achievement) - Enter 1 Oblivion Portal and destroy the antecedent cataclyst machine you find there.

Ruinach Rumble (Achievement) - Defeat the Count of Cataclysms hidden in the Oblivion Portals.

Overland Set Pieces - Oblivion Portals are the only guaranteed sources of Jewelry Pieces for the Blackwood Overland Set.