What is the Blackwood Chapter DLC?

This major upcoming chapter, Blackwood, continues the adventure in the Gates of Oblivion. The Blackwood Chapter features over 30 hours of story content which allows players to explore a new side of Tamirel where they will find a diverse culture of the Agronians meets with Imperial ambitions.

Caught between the Argonian homeland and Imperial province of Cyrodiil, the region of Blackwood is beset by Daedric influence, and its people struggle to survive would-be tyrants and Oblivion-spawned evils alike. Including the Imperial City of Leyawiin (first featured in The Elder Scrolls IV: Oblivion), the Niben Forest, and open wetlands of the Blackwood Bog, you’ll have the opportunity to explore a diverse land in strife, investigate the emerging Daedric threat, and discover all-new stories, challenges, and rewards not found anywhere else in Tamriel.

A Tale of Ambition

In Blackwood’s main storyline, players will investigate a conspiracy that involves the deposed Longhouse Emperors and uncover a deadly pact that reeks chaos for the people of Blackwood. It seems the Prince of Destruction, Mehrunes Dagon is behind all of it, but what exactly is his motive for Blackwood and Tamriel? This narrative begins with the Flames of Ambition DLC.

Players will now be able to fight alongside new allies! The Blackwood Chapter now introduces the new Companions system which allows a player to recruit, travel, and fight with this new type of NPCs. Take your time to get to know them as you uncover their story and share their background.

Currently, Blackwood is available in the following editions listed below. The Upgrade editions of this chapter contain just Blackwood, which is ideal for existing players who already own the game and previous Chapters.

The two Collections above include not only the Blackwood Chapter, but also the base game and every previous Chapter in The Elder Scrolls Online’s history (Morrowind, Summerset, Elsweyr, and Greymoor), making it the perfect jumping-on point for new players. 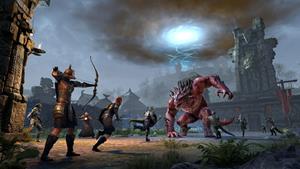 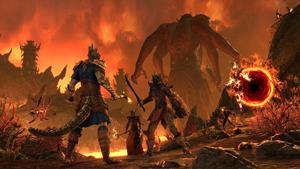 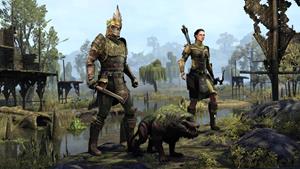 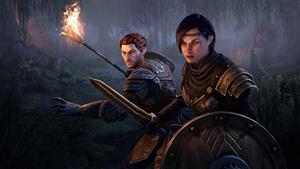 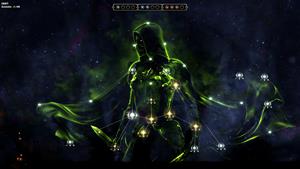 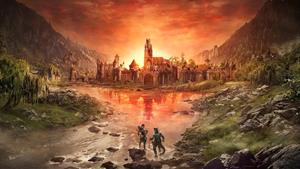