Companions in The Elder Scrolls Online is a new system that is added with the Blackwood Chapter. Companions are special NPCs that can be recruited to join the player's adventure and who helps in combat. Companions usually have their own specialization, preferred equipment, skills, class, stats, strengths, weaknesses, and many more. This page covers a list of all the Companions featured in The Elder Scrolls Online as well as data regarding their stats and information on how to recruit them.

Companions will have a rapport level (from hate to love), depending on how much they like your character. Each companion also has its own series of likes and dislikes. The rapport level will change as a player progresses through the story to unlock new quests to get to know each companion. For example, certain companions may react negatively if your character steals from an NPC or they may react positively if you give to an NPC.

Romance is a planned feature of new companion system, it will be added in coming DLCs.

In order to do customize your companion, talking to them and you can select from a menu.

You can chose to show companion's currently equipment, or their outfits. If a player wants to have a costume that they own worn by her/him, they have to choose the Collectibles icon on the top right. Here a player can also set the mount that Mirri is supposed to ride.

In order to have their own customized Outfit displayed, the player needs to go to an Outfit Station that is not in a player's house because that Companion needs to be active at the time of customization.

In the Outfit Station menu, the player can choose between themselves and Companion. From here it works the same as with a player Outfit. You can also choose colors for both the Outfit or a Costume at this station.

Depending on gender, race or other restrictions, some of the player's cosmetics might also not be usable by the companion.

Other Notes on Companions 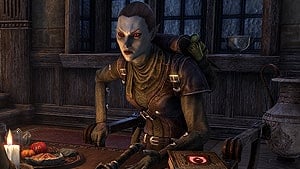 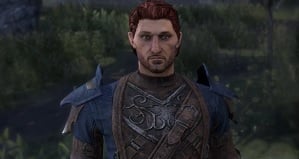