Isobel Velois is a Companion in Elder Scrolls Online(ESO). In this Isobel Companion Guide, we answer how to recruit Isobel, discuss Isobel's Approval and Rapport, Isobel's quests, skills and unlockables.

Isobel's Grace bestows a chance, after defeating a World Boss, to recover the pack of a slain knight. Packs may contain additional loot.

How to Recruit Isobel in Elder Scrolls Online

Can be recruit at Castle Navire along the southwest coast of High Isle. (Quest Tournament of the Heart) 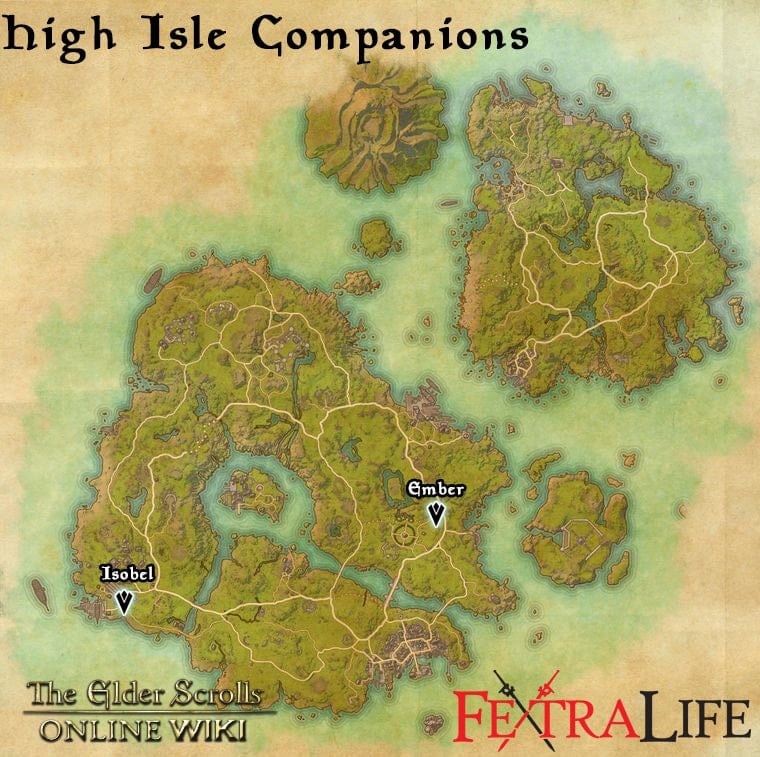 The lists below detail actions and activities that Isobel approves or disapproves of as well as their point value towards your companion Rapport. Details will be added as they become available.

It is currently not possible to romance your companions, but it is something that may be added to ESO in the future.

Isobel will level up as you gain experience with her. You can assign Isobel to be a Tank, DPS or Healer, and assign his skills to his skill bar. You cannot, however control Isobel's skills individually, so you'll have to rely on the AI to use its abilities.

Companions can have Companion Sets that include Weapons, Armor and Accessories. All this equipment has Companion Traits. You can also select cosmetics such as Outfits and Mounts.

In order to customize your Companion, speak to them and select the option from the dialogue menu.

You can choose to show a Companion's currently equipped gear or their outfits. If a player wants to have a costume that they own worn by a Companion, they have to choose the Collectibles icon on the top right. Here, a player can also set the mount that the Companion rides.

In order to have their own customized Outfit displayed, the player needs to go to an Outfit Station that is not in a player’s house because the Companion needs to be active at the time of customization.

In the Outfit Station menu, the player can choose between themselves and a Companion. From here it works the same as with a player Outfit. You can also choose colors for both the Outfit or a Costume at this station.

Depending on gender, race or other restrictions, some of the player's cosmetics might also not be usable by the Companion.