Malacath Style is a craftable armor and weapon style in Elder Scrolls Online. Chapters may be obtained by opening a Wrothgar Daily Contract Recompense, awarded for completing daily World Boss and Delve Boss quests in Wrothgar.

Where to get Malacath Motif 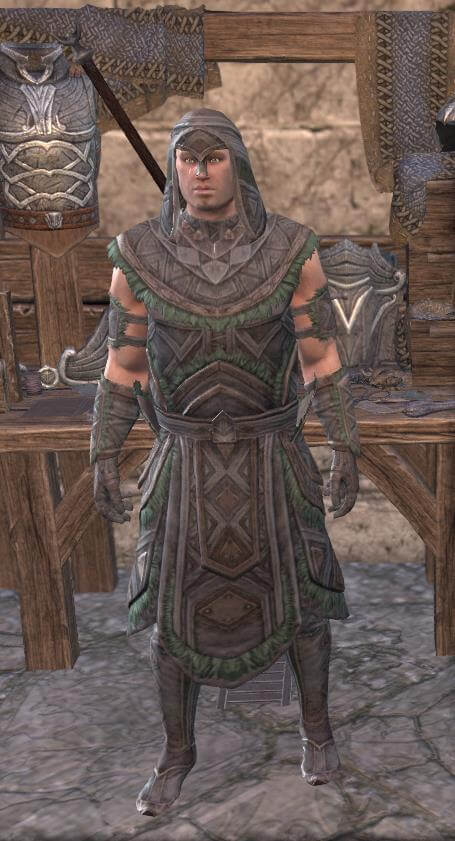 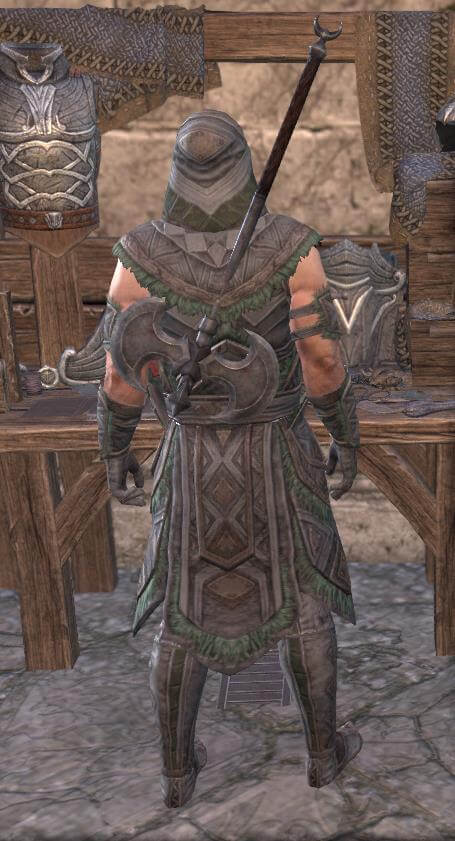 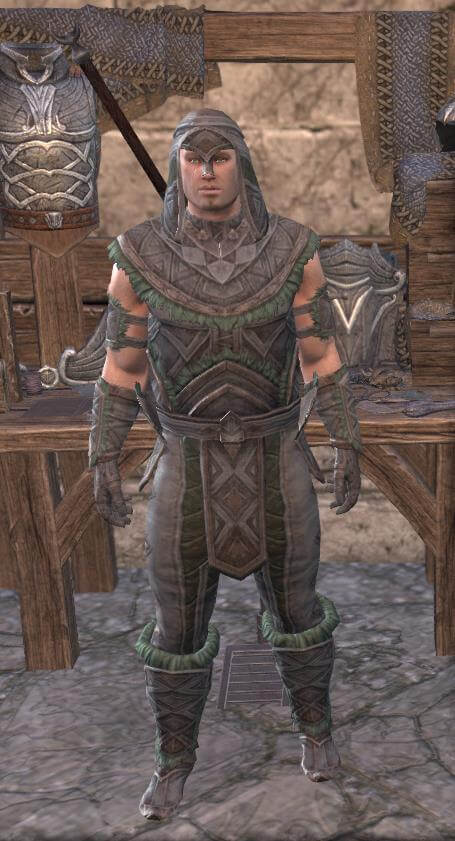 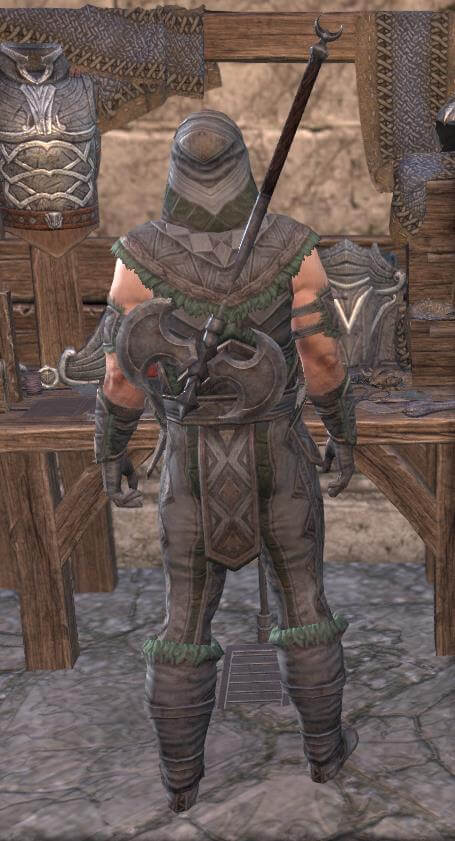 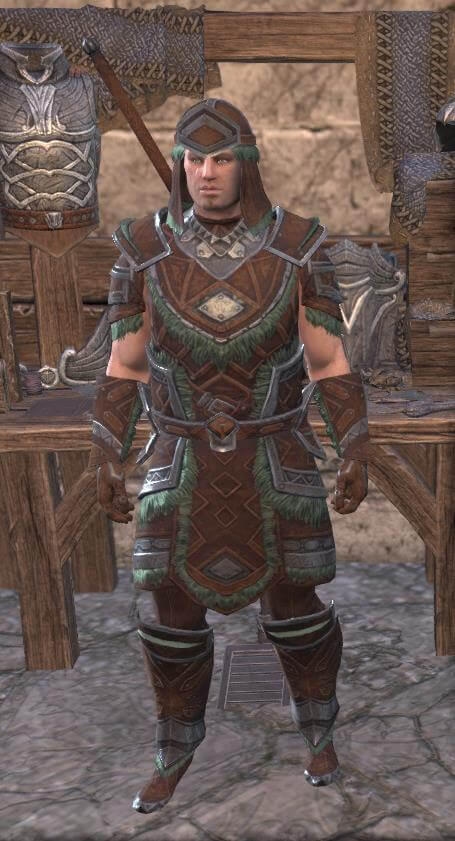 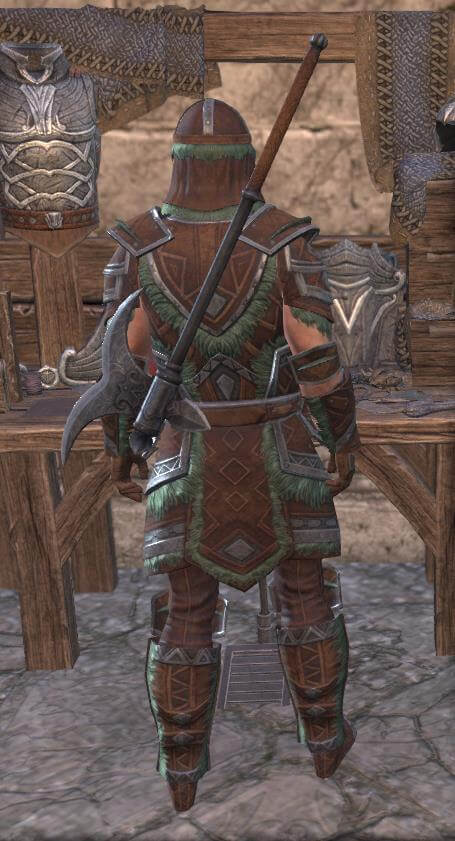 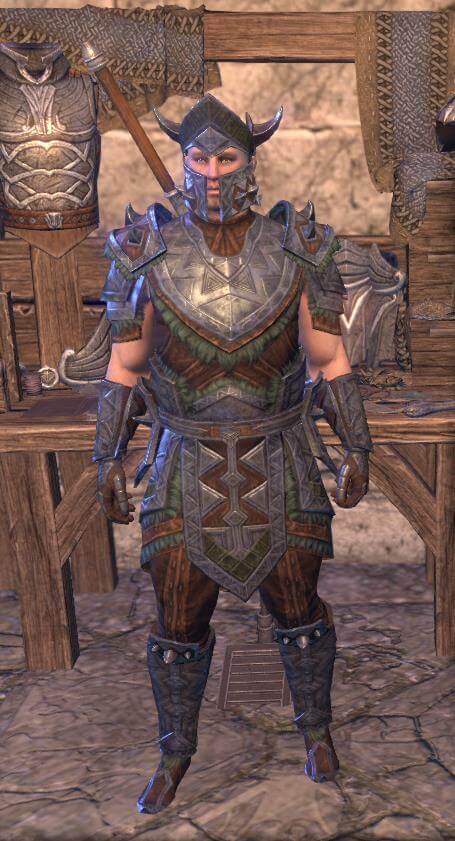 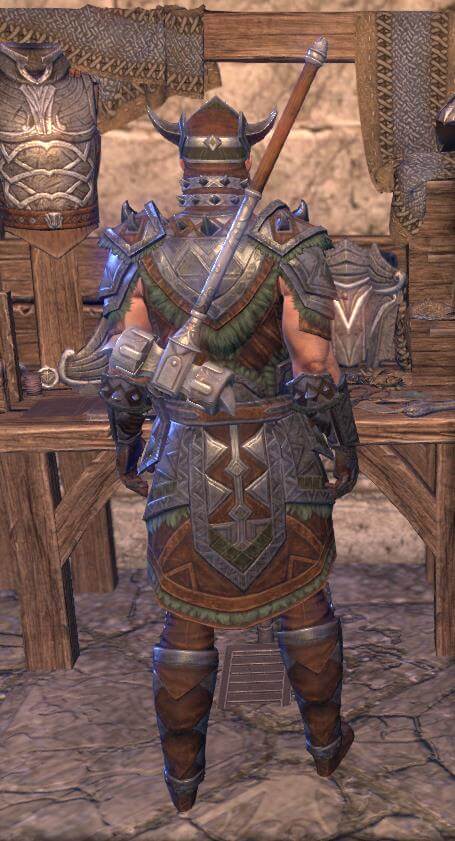 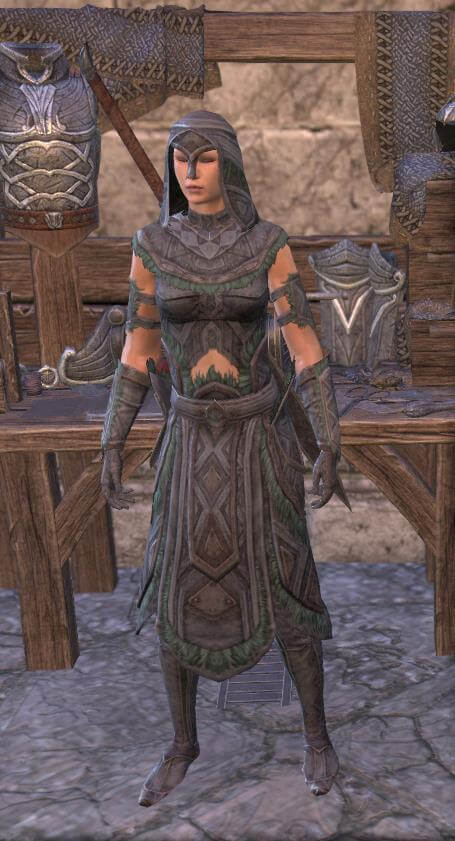 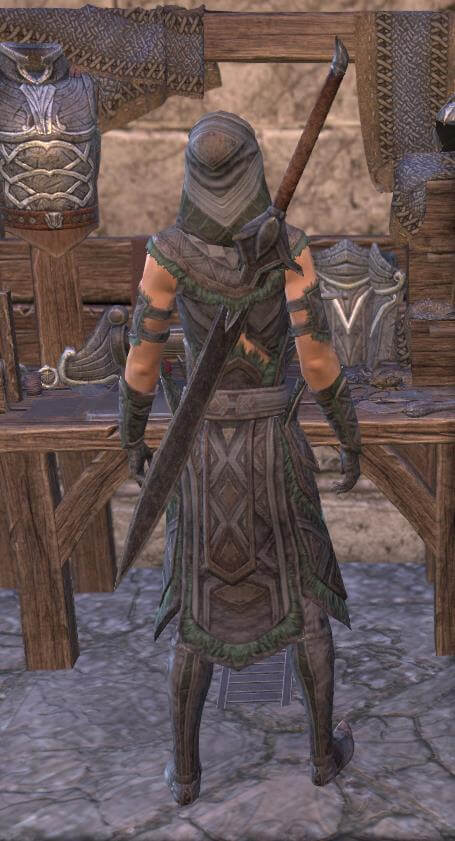 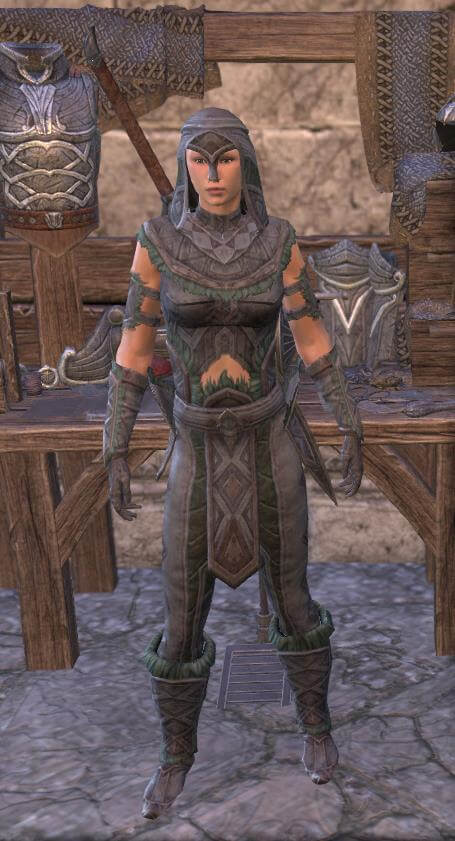 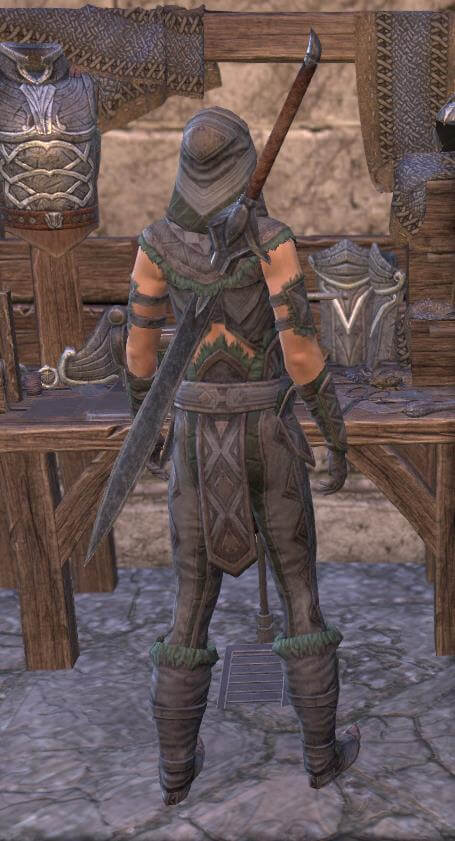 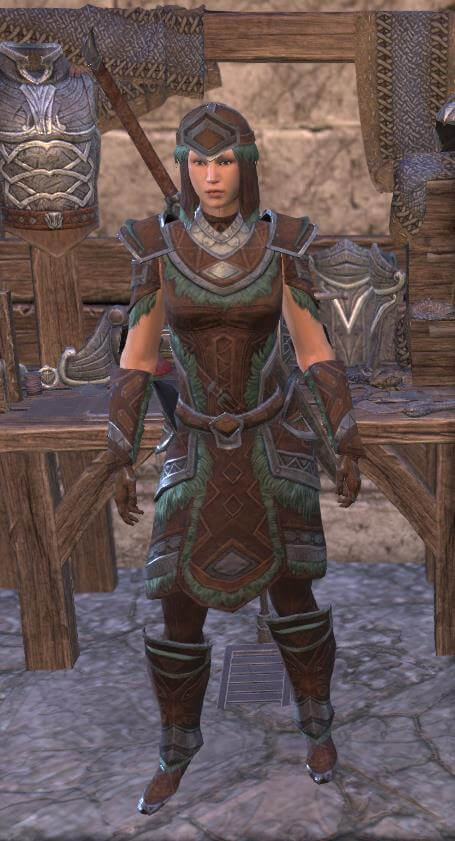 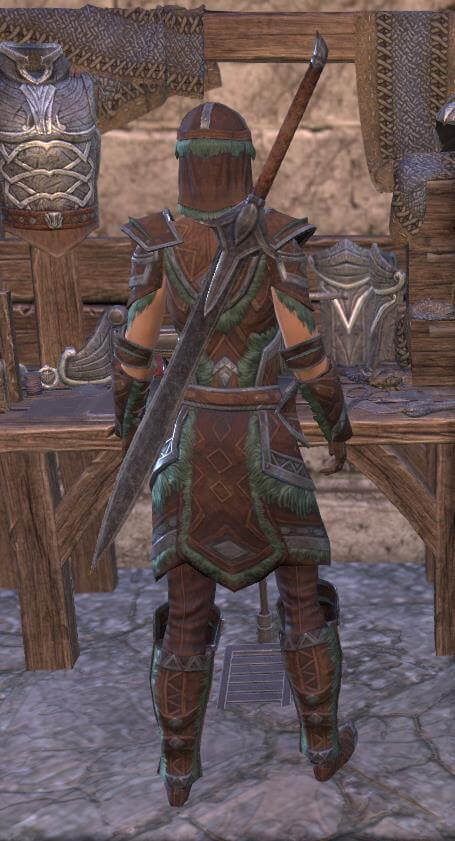 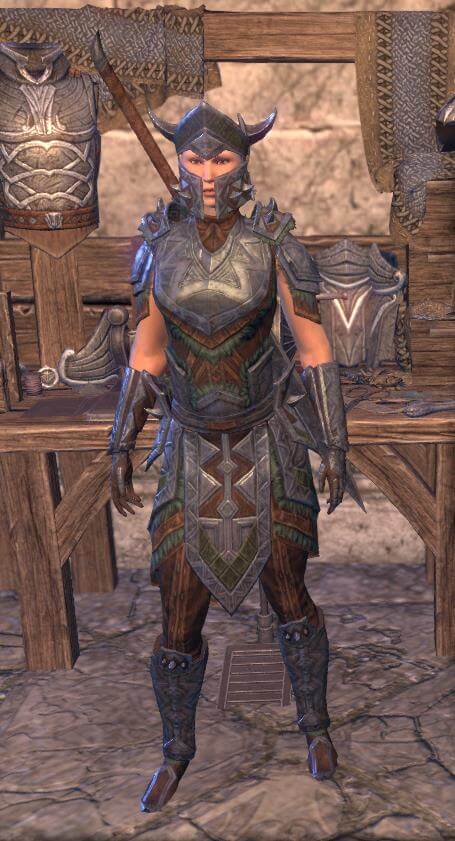 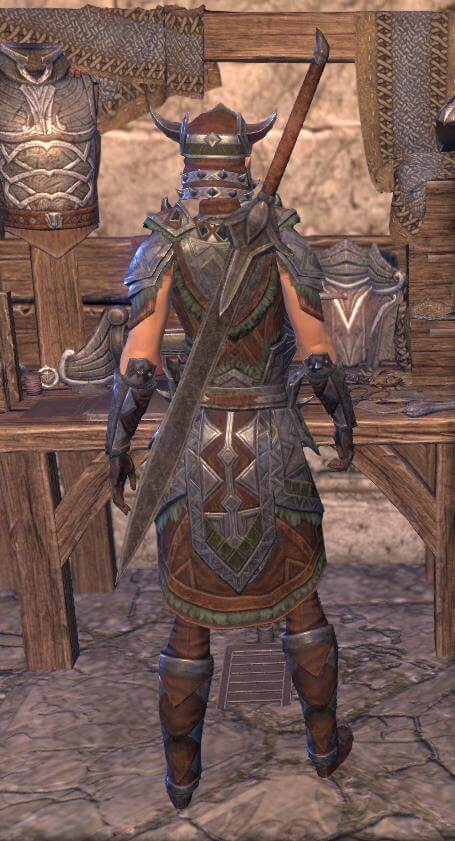 Listen up, smiths! We don't pound hot metal around here just because it's fun. We forge for the glory of Malacath! Shoddy work will not be tolerated. You don't want to craft anything you'll have to apologize to the Orc-Father for when you get to the Ashpit. You want to make items in the Malacath Cult style? Well, there's only one right way to do it, and that's to use the Tilted Square, the symbol of instability. So pay attention!

A Malacath axe blade is large, of course, because with blades, bigger is better. And it's covered with chevrons and tilted squares, because that's the Malacath Way. Axes are all about chopping things down and making them fall over, so naturally we cover them with symbols of instability. Any questions? Didn't think so.

We like to keep our belts simple and not too broad, because most of us have enough trouble bending over as it is. Ha! But we make them of the finest possible materials, such as top-grade mammoth leather, and we craft them to the highest standards. Because Malacath demands it!

Whether you encounter snow or ice, rock or ash, Malacath expects you to keep going. Our boots are crafted from the finest hide and soled with small cleats for traction. And because we must trust our boots to keep us stable on any surface, we decorate them, not with the tilted square, but with the chevron: upright for stability, or inverted for grip.

Melee, hand to hand and chest to chest, honors Malacath. Sticking an arrow in someone from a distance does not. For Malacath, a bow is a hunter's tool, not a warrior's weapon. So bows in the Malacath Cult style are lighter and simpler than the other weapons in our armory.

In battle, the Orc-Father calls for a layered defense, with Orcs supporting their fellow warriors left and right and before and behind. Everyone has an equal chance to bring honor to Malacath. Likewise, the warriors of Malacath wear cuirasses layered of fur and stiffened armor, usually with a great cowl-gorget extending across the chest and upper back.

The daggers of Malacath are versatile weapons, strongly made, slightly curved—and with an edge on both sides of the blade, because sometimes we must reverse to stab those who attack us from behind. Treachery is everywhere.

The gauntlets of the Cult of Malacath reach all the way to the elbow and are adorned with chevrons, the symbol of deflection, for we are taught to parry, at need, with the forearm. We also know that when attacked from behind by so-called friends, the best defense is a half-turn and a savage backhanded blow.

Our helms and hoods are layered, like our cuirasses, and likewise ornamented with Malacath's tilted square. They are sturdy but not too heavy: since betrayal is inevitable, Orcs must be constantly looking askance.

Malacath teaches us that, just as our enemies speak fair before they act foul, it is the way of our enemies to feint high and then attack low. Therefore we take special care with our greaves.

Malacath! Forge-Founder! Smith-Father! We honor you in battle by wielding the hammer, pounding your foes the same way we hammer out hot steel! Heavy are our hammers, ever ready to smite with the power of the Tilted Square!

The kite-shaped shields of the Cult of Malacath sport the sacred chevron and the Tilted Square. What is not obvious to the eye is that they are many-layered, of folded steel over laminates of hardwood. Our shields are light, but nigh-impenetrable.

In battle Malacath decrees a layered defense, and so it is with our armor, our pauldrons, faulds, cowters, and poleyns adding layers to our base armor, all adorned with the holy geometries. The pauldron that covers the off-shoulder often sports a knob or boss, to protect the arm of defense.

As spellcasters of the Cult of Malacath devote their energies to the downfall of our duplicitous enemies, so their spell-staves are tipped with the sacred Tilted Square, that their Destruction spells may bring collapse and confusion to their targets. Hail Malacath, He Who Speaks Sideways!

Malacath teaches us that, when the Orcs are surrounded by enemies, that is when it is best to turn to slashing our way out. The swords of our cult are the tools to that end, long, curved, and wickedly edged on both sides. Those who think they have trapped us will be surprised—when the prey becomes the hunter!