Welkynar Style is an armor and weapon style in Elder Scrolls Online. This Style is divided into several motif book chapters: one for each weapon type and one for each armor piece.

Where to get Welkynar Motif

The Motif Fragments are obtainable from killing Z'Maja on veteran mode which can be found in Cloudrest.You can also get the Motif Fragments on Normal mode by fulling the requirements of Welkynar Shade allies being present. To create a chapter or the whole chapter (low chance), you will need a Welkynar Binding which can be earned once a week from completing Woe of the Welkynars. 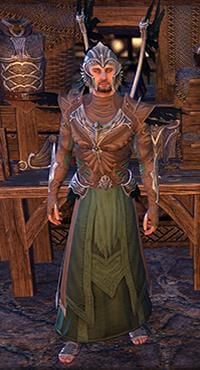 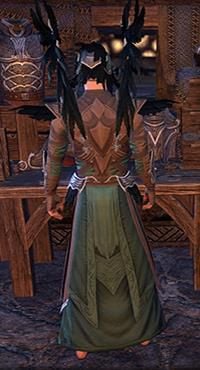 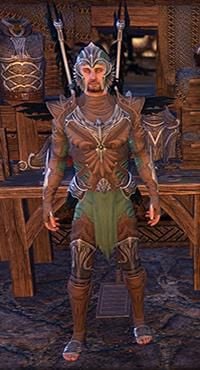 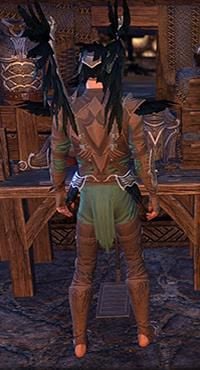 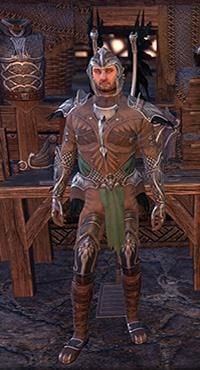 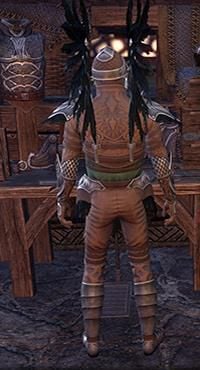 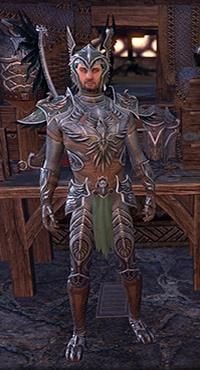 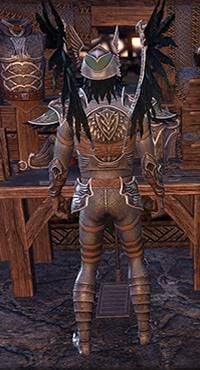 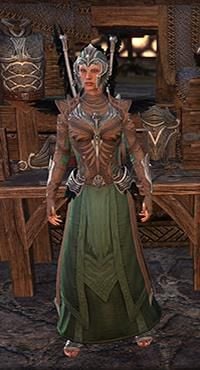 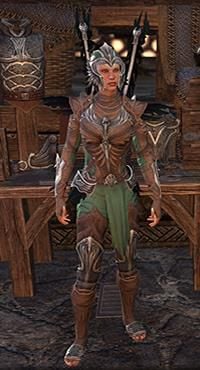 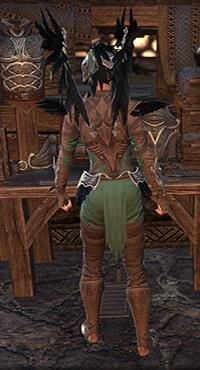 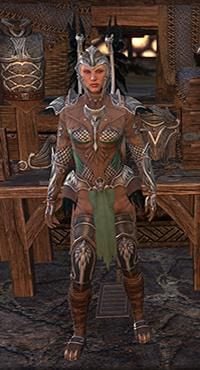 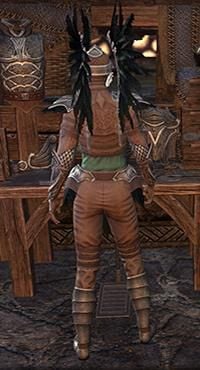 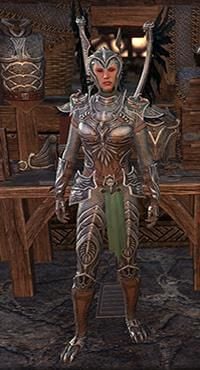 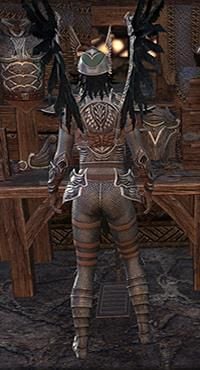 Though the Knightly Order of the Welkynars numbers no more than four members at a time, each of those knights needs a broad array of equipment, including armor of all weights as well as a complete array of weapons. This gear must be made to exact specifications of the very best materials, adhering strictly to the guidelines stated below. Only equipment that is well and properly made will be accepted into the Welkynar Armory.

Welkynar axe heads are adorned with stylized golden gryphons, because what else would be on them? The blades themselves are of dark carbon steel, mounted on a long haft of studded ash wood ending in a hooked metal ferrule.

The Welkynar's plumed war girdle supports gilded metal tassets and is cinched in the front by a buckle in the shape of a stylized gryphon's head. As an aerial order, we must avoid accruing undue weight wherever possible, so metallic materials must be both durable and, above all, light.

Though gilded sandals are sufficient protection to accompany light armor, for heavier load-outs we must have the traditional Golden Gryphon-Talon Sabatons. Copies of the cobbler pattern for these distinctive martial boots may be checked out of the Armory in Cloudrest.

The bows wielded by the Knights of the Welkynar Order are among the most beautiful arms ever created by High Elves, bar none. Each beaked limb ends in an exquisite sweep of carved golden feathers—artful, and yet these are deadly weapons that shoot lethally barbed arrows. It's an irony that reflects the core esthetics of the order.

As an aerial order that has to think about flight weight, most of our equipment looks heavier than it is. Welkynar cuirasses are a case in point: though they appear to be forged of weighty metal, most of those elements are actually lighter materials such as flexible scale maille or gilded cuir bouilli—boiled leather, if you can believe it! Wing banners attach to the shoulder blades

A Welkynar's dagger is made of dark carbon steel and is doubly edged, but it's really a punching dagger so it's the needle-sharp point that counts. The crossguard evokes gryphon wings, forged thicker and more solid than they appear to enable the dagger to be used as a parrying weapon.

A Welkynar's substantial but intricate gauntlets may be the knight's proudest belongings, since they are among the first items of gear issued to a squire-in-training. If you give any thought to the practical issues of training spirited gryphon mounts, with their powerful, snapping beaks, you'll understand the need for sturdy gauntlets and vambraces!

Our helmets have been rightly described as "magnificent confections of plumes and gilt," with avian motifs such as cheek pieces that resemble gryphon wings, and a forepeak like a gryphon's pointed bill. They were designed by Mornyalemar the Battle-Hardy generations ago, and we see no reason to change them now.

Our resplendent metal poleyns, adorned with gilded wing symbols, certainly draw attention from the rest of our leg armor, cuisses that are functional though less spectacular than our knee bosses. Welkynar greaves consist of light overlapping plates backed by flexible flaxen fabric.

When a Welkynar's mace strikes, with its heavy business end forged in the shape of four beaked gryphon heads, it's as if the entire Aerie of the Order smites its opponent at once! Though the gilded gryphon heads look delicate, they're actually crafted of carbon steel surrounding a solid lead core.

The Welkynar's shield, with its overlapping plumage rendered in carbon steel, brass, and copper, represents the inescapable wings of Elven justice and Altmeri martial prowess. Let evildoers who threaten Summerset beware! This land is under Welkynar protection.

Welkynars never tire of avian symbology, so of course our flaring pauldrons evoke the wings of great raptors. Their edges are even feathered with genuine gryphon plumage! (Don't even think of substituting raven feathers.)

A Welkynar's spell staff is topped (of course) with stylized gryphon wings, in this case pointed and parallel like those of a knight's flying mount when put into a power dive, a shape that also evokes the focus of a spellcaster's will. The long ash-wood haft ends in sharp ferrule.

The swords of the Knights of the Order of the Welkynar are as straight as our commitment to justice and as long as our heritage of heroism. Inscribed with runes of efficacy and balance, let our enemies beware when these noble weapons are drawn in defense of the Altmer!