Cloudrest trial group content in Elder Scrolls Online. Cloudrest is located in Summerset and added to ESO with the Summerset Chapter.

"An ancient foe has captured the Welkynar and is using them to both protect itself and decimate the city, and the last uncorrupted Welkynar, Olorime, needs your help. You and your team must enter Cloudrest, subdue Olorime's Welkynar brethren, and confront the evil at the heart of the Aerie before it can spread to all of Summerset"

Cloudrest Trial quest begins when you enter the dungeon. There are following bosses the team has to battle during the trial:

The Cloudrest Trial is made up of 3 Mini Boss fights which can be tackled in any order, and a final showdown with the Main Boss Z'Maja. Similar to Asylum Sanctorium, Z'Maja is technically the only one that needs to be defeated in order to complete the Trial. However, leaving any of the mini bosses up will cause them to join the Z'Maja fight, with all 3 present making for the toughest configuration of the final battle. Each Mini Boss fight is with a pair consisting of a Welkynar Knight and their Gryphon Companion. Each pair have varying abilities but overall, the fights will follow a similar pattern. Note that Mini Bosses who join the fight with Z'Maja will only include the Knights. However, the Gryphon mechanics will still be present.

The Trial employs a Portal mechanic which is present in all three mini boss fights, with a slightly different version for the Z'Maja fight. The basic premise is that a Portal will spawn in the middle of the arena which a group of 3 damage dealers will have to travel through to reach a Shadow Realm. In the realm are three crystals which need to be destroyed, revealing a Malevalent Core. Destroying a crystal will cause a golden spear of light to appear in the overworld, where the rest of the group is. These spears need to be activated immediately via synergy, which will send them into the Shadow Realm. Back in the Shadow Realm, the cores will continually bombard the group with Oblivion damage until picked up by a player. Picking up a core will inflict a stacking DoT effect on the player instead, which will kill them if held for too long. The goal is to pick up a core once a spear has been sent into the realm. Repeat this with the other two cores and spears to get ported back out into the overworld. This Portal sequence will repeat periodically and, if playing on Veteran Mode, players who enter the shadow realm will be inflicted with Dark Contamination for two minutes, which causes instant death if they attempt to enter the shadow realm again. This necessitates having 2 groups of 3 damage dealers to tackle the Portal sequence on Veteran. Failing or ignoring the Portal mechanic will cause Yaghra Monstrosities to spawn in the overworld and two or more of these will certainly cause a wipe.

During the Mini Boss fights, the Gryphons will be fought alongside the Knights and they all use the same abilities except for their one unique elemental ability. All Gryphons will use the following moves:

Throughout the trial, there will be several types of Adds present or spawned over time. There will be one full set of Adds in the Mini Boss arenas that need to be taken out before engaging the bosses and they can also spawn as a consequence or mechanic. There are several Add types that will pose a major threat to groups if left alive and it is recommended to take them out in this order before focusing any bosses:

During the final fight with Z'Maja, she will be summoning Dark Orbs that float around the room which should take 1st priority on the kill order, above all other adds. See the fight mechanics below for details.

This pair of Mini Bosses can be found in their arena to the left from the main Cloudrest entrance. They both use Ice elemental abilities throughout the encounter. The following are their notable mechanics:

Fighting a Knight and Gryphon will generally follow a similar flow: If the Gryphon is on the ground, focus it down. If it is in flight, switch focus to the Knight. Complete Portal Mechanics as they come up. The Knight and Gryphon should also be split up as they empower each other if they are within range. It shouldn't be a big issue in Normal mode, but Veteran mode runs will require an Off Tank to have both bosses in opposite areas. The Gryphon should also be faced away from the group at all times. Watch out for the Gryphon rearing up as it will cast its unique ability. In this case, the Hoarfrost. The affected player should move out of the group before they are immobilized, as the AoE can hamper the rest of the group. The affected player should also call out to the group when they're dropping the Hoarfrost so the next player can run and pick it up immediately.

Siroria and Silaeda can be found in their arena to the right from the main Cloudrest entrance. These bosses use Fire-elemental attacks and mechanics. Here are their notable abilities:

Aside from the unique abilities, this fight will play out similarly to the first. Tank both bosses away from each other. Damage dealers focus on the Gryphon when it's on the ground and switch to the Knight when the Gryphon flies. Complete Portal mechanics in between.

This final set of Mini Bosses can be found in their arena past Siroria & Silaeda's arena. These bosses use Lightning-elemental attacks and mechanics. Here are their notable abilities:

The same general strategies apply for these bosses. However, it is recommended that players setup their ability bars prior to engaging the boss to ensure they have a "sacrificial" weapon and ability set that they don't mind not having access to for 10 seconds at a time. Players should also be wary of the stun-heavy nature of the encounter as a single stun can be disastrous, with all the mechanics happening.

The final Boss can be accessed through the center arena from the main Cloudrest entrance. Z'Maja's notable mechanics are as follows:

Despite the many mechanics present, the fight with Z'Maja is quite simple and the most important mechanic to pay attention to is the Dark Orb. Damage dealers need to be on point with destroying these as the 3 Orbs will converge on a random player if left alive for too long, possibly causing a chain of deaths. Healers will also have to be extra careful due to the healing debuffs many of the boss' attacks inflict.

The Portal Mechanic will still take center stage and will be fundamentally similar to previous Portal mechanics, with the addition of the Shade of Z'Maja. It is very important that the tank goes into the portal first and that they call out to their group once they've taunted the shade. Inside, the damage dealers should make quick work of the crystals while players in the overworld synergize the spears spawned. Shadow Realm players should watch out for the room-wide mechanic and avoid picking up any Malevolent Cores until the mechanic is over. Remember that once the Portal mechanic is completed, the group that went in cannot enter another Portal for some time so the Tanks should take turns and a second group of damage dealers should follow. Completing a Portal mechanic will also spawn a Yaghra Monstrosity, as per the previous Portal mechanics. The Monstrosity should be pulled by the tank and taken down immediately, unless there are Dark Orbs in the arena.

Once Z'Maja hits 40%, she will begin summoning creeper tentacles periodically which need to be focused down. Again, Dark Orbs still take priority if they are in play. Z'Maja will also frequently perform her Crushing Darkness beam attack and it is recommended one of the healers or ranged damage dealers stay a certain distance away from the main group in order to bait one of the beams and kite them out of the way. Aside from this, the fight and mechanics will repeat themselves until the execute phase where things can become extra hectic but can be overcome with good healing.

Should you choose to engage Z'Maja with any combination of the Mini Bosses alive, the encounter will remain relatively identical aside from the extra mechanics presented by each Mini Boss. The Mini Bosses will spawn differently depending on how many of them are kept alive and joining the fight:

Note that the Gryphons will be perched at the edge of the arena and will not land nor do they need to be killed but their unique mechanics will still play out. It is also recommend that you run with three tanks instead of two. The reason being that the Portal Mechanics require a tank and the Main Boss and Mini Boss will also need to be tanked. On top of that, completing a portal mechanic will spawn a Yaghra Monstrosity which will also require tanking lest it devastates the group. For the +2 and +3 versions of the encounter, the Mini Bosses need to be killed before the next one spawns, otherwise they will heal to full and enrage. Finally, during Z'Maja's execute phase, the Gryphons' unique abilities will double their targets. Hoarfrost and Roaring Flare will target 2 players while Voltaic Strike will target 4. 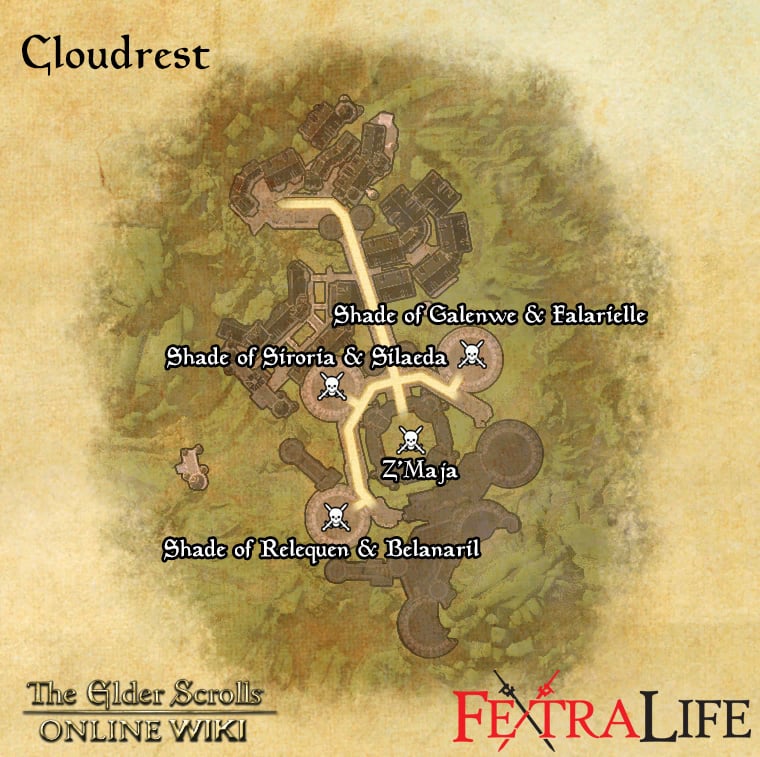