Ra Gada Style is an armor and weapon style in Elder Scrolls Online. This Style is divided into several motif book chapters: one for each weapon type and one for each armor piece.

Where to get Ra Gada Motif

Chapters can be found by exploring Treasure Maps in Craglorn, completing Focus Points/Group Events or it can be looted from killing Delve and World Bosses (Drop rate is low) 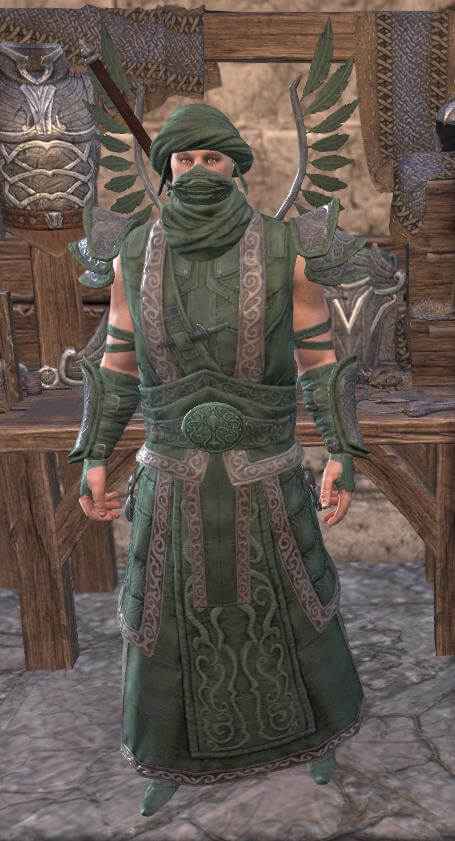 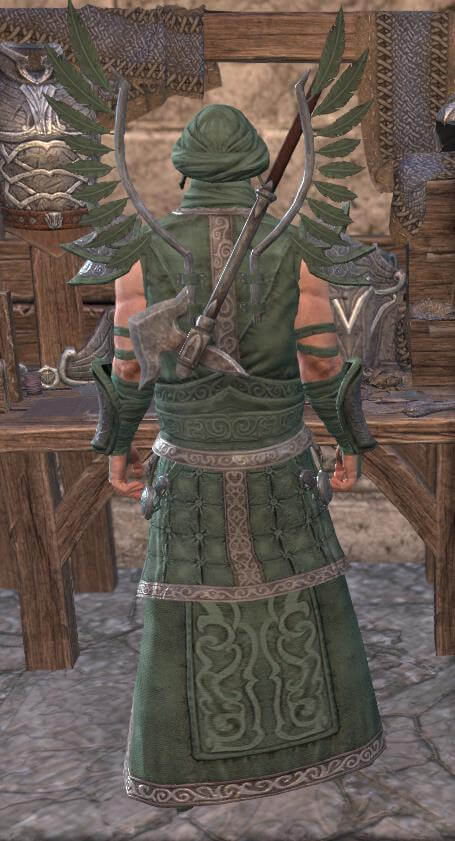 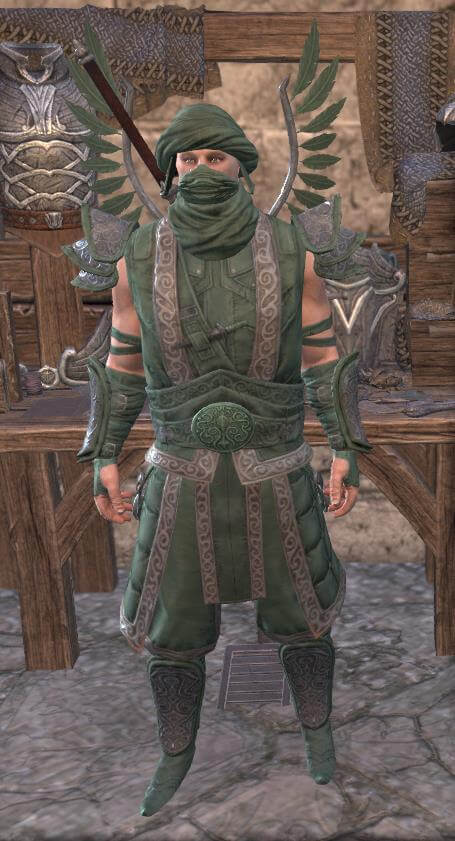 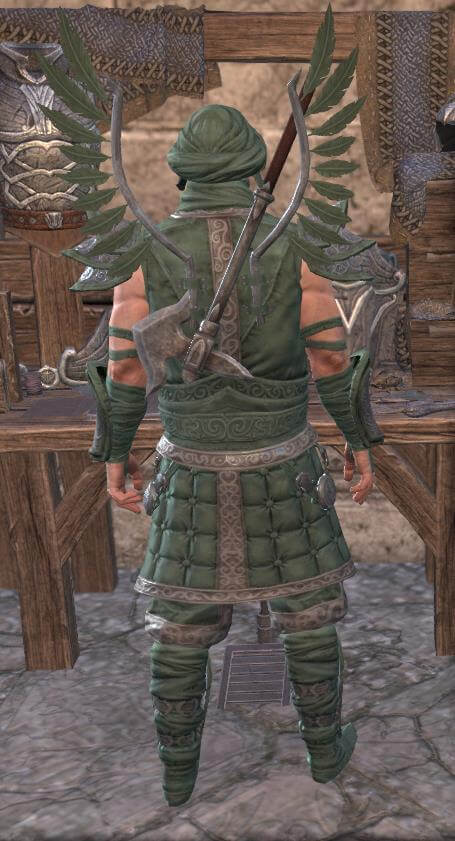 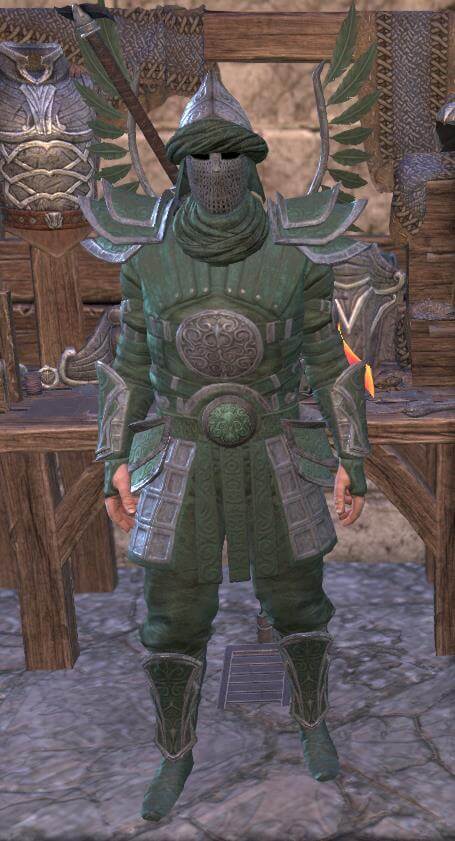 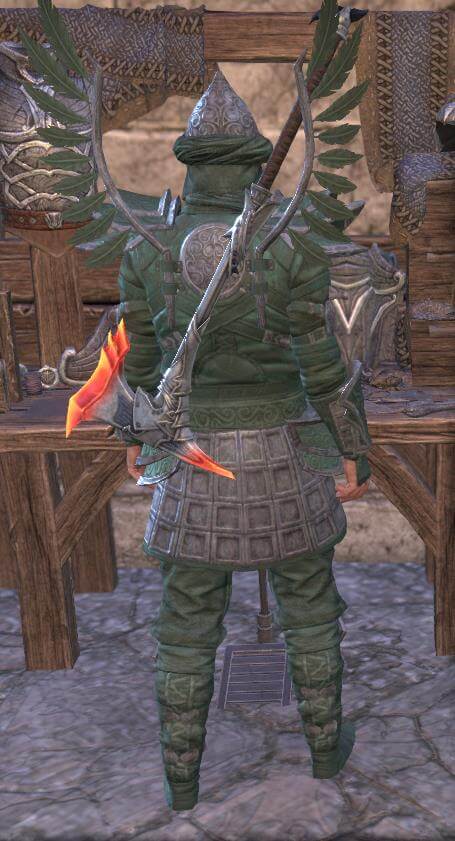 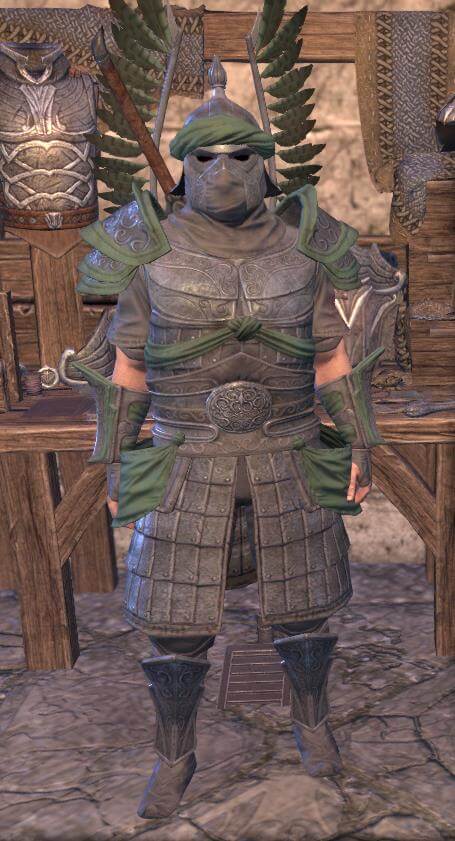 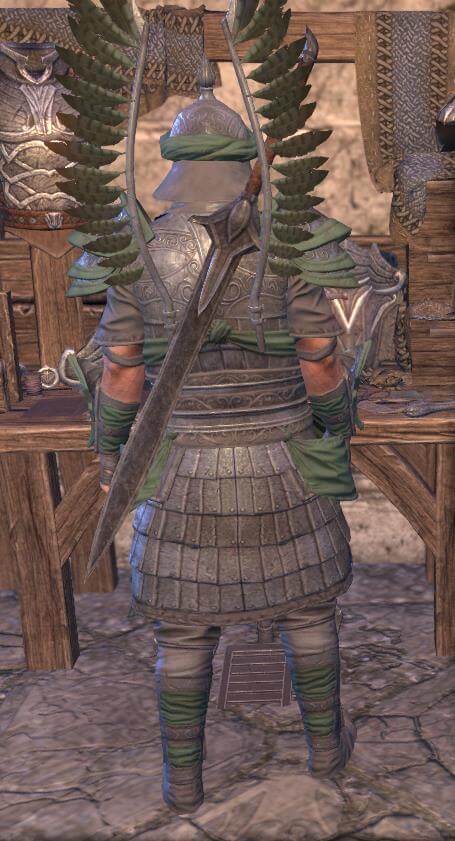 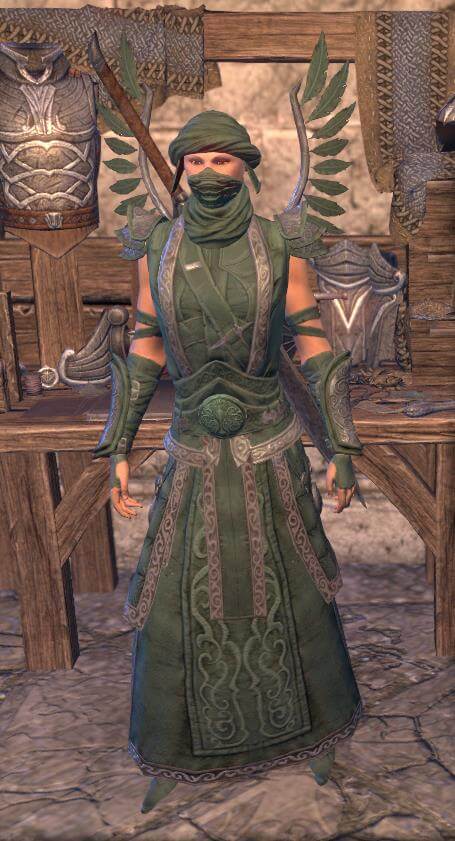 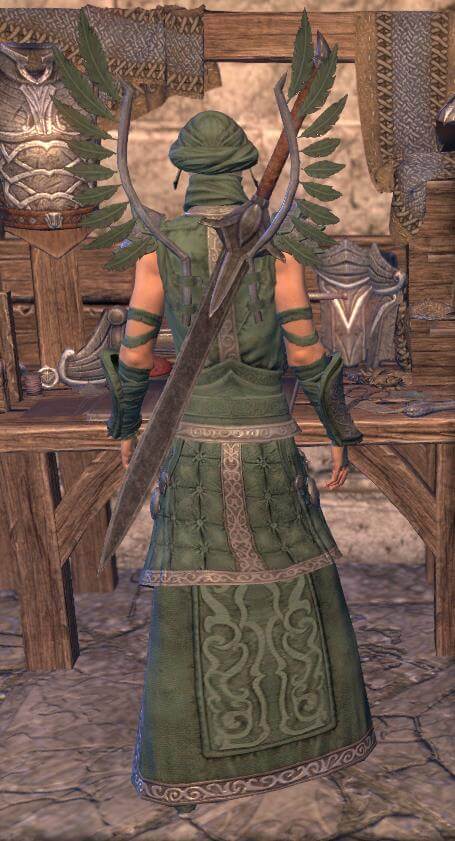 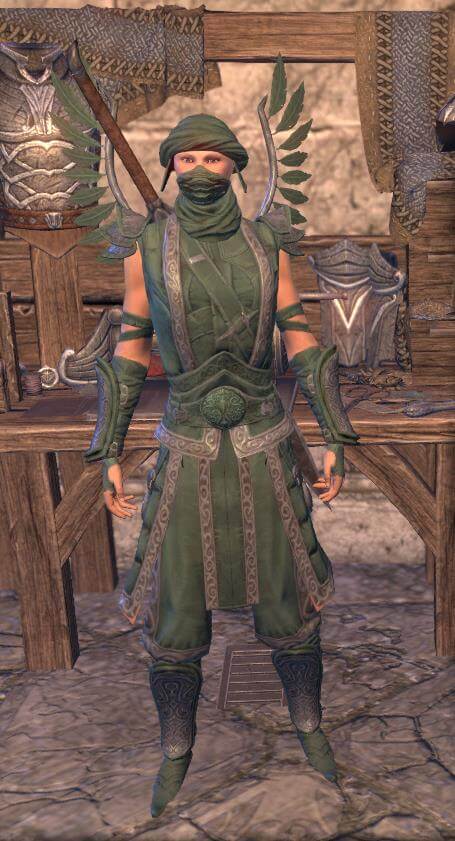 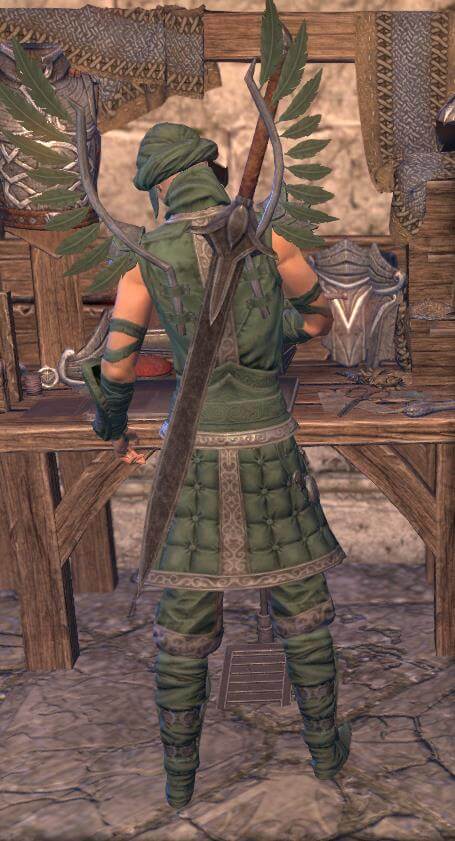 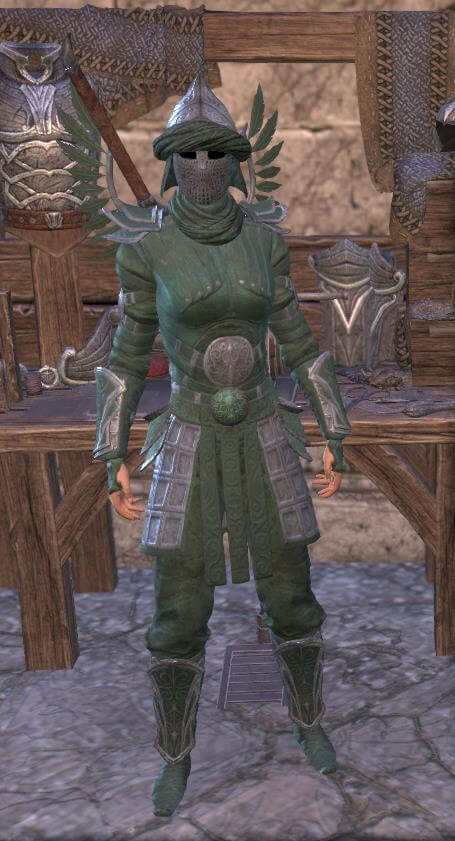 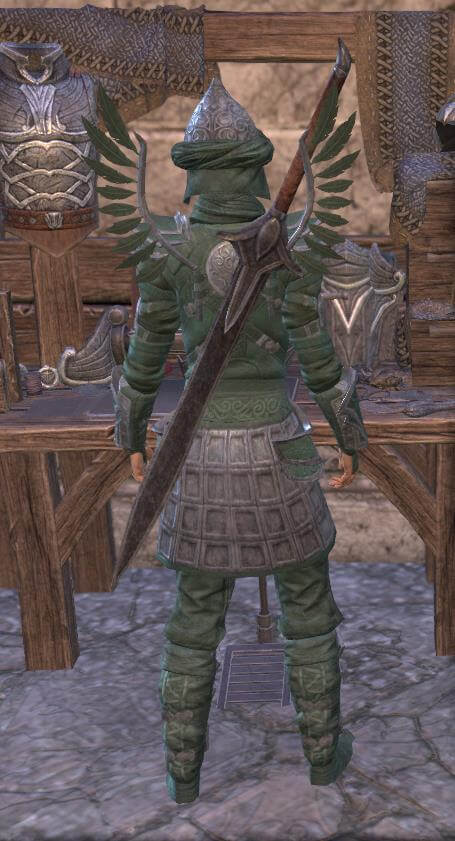 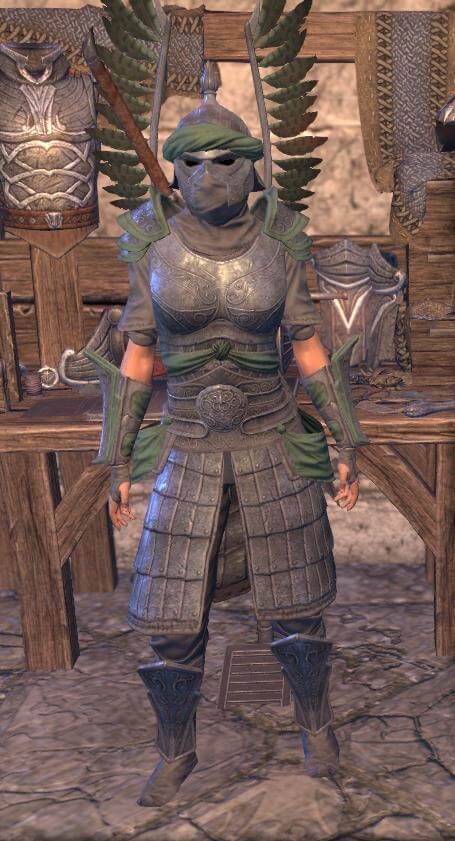 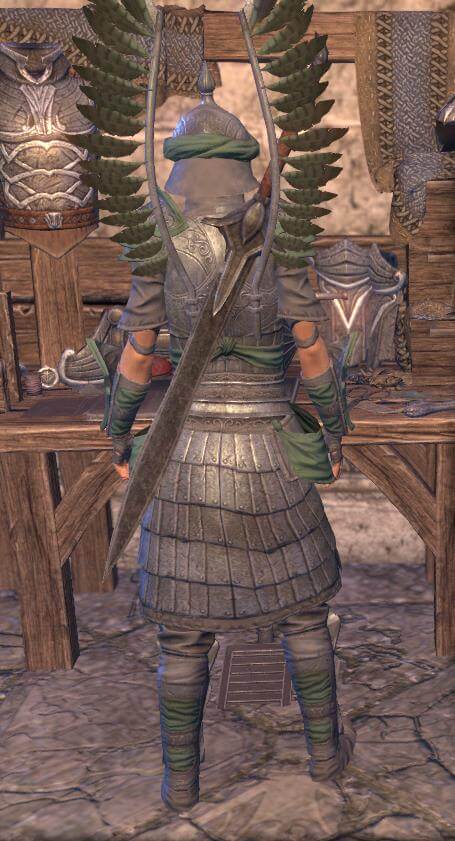 The Ra Gada or "Warrior Wave" of settlers from Yokuda actually occurred in four successive waves in the First Era's ninth century. This catalogue focuses on the second, or "Tavan" wave, so-called because it was spearheaded by the Hattu Metropoles brigade, which revered holy Tava, Lady of the Air. Thus the Tavans' arms and armor are replete with bird imagery. This second wave primarily settled on the southern coast of Hammerfell, and almost three millennia later their structures can still be found jutting from the coastal dunes. And one doesn't have to look far to see the influence of these ancient settlers on modern Redguard society.

Axe-wielders among the Tavans were taught with an emphasis on the "Singular Cleave" attack, intended to cleave a target in twain with a single blow. That's why these Ra Gada axes feature one large, heavy blade.

The belt is the central cincture of a much broader girdle, which provided an extra layer of protection to the Ra Gada's abdomen and lower back. The large, round buckle is embossed with air-current symbols.

Aggressively avian in design, the bow of the Ra Gada is faced with two brazen ibis-heads that can be employed as parrying edges in the heat of melee. It's a compound bow, and the entire front is faced with horn, often painted a metallic color.

The Ra Gada were sword-fighters, and their cuirasses were solid and sturdy to enable their wearers to withstand blows in close melee. They are covered with swirling air-current symbols, and most feature the distinctive Tavan bird-wing back banners.

The daggers of the Tavan Ra Gada echo the scimitar-like curve of the second-wave sword blades. The Tavans didn't use daggers for parrying, preferring to use shields on their off-arms, so their daggers lack crossguards. They are, however, weighted for throwing.

Ra Gada warriors, particularly those wielding two-handed weapons, were trained to parry with their heavily-armored forearms rather than with their weapons' crossguards. Their gloves, therefore, are basically reinforced upper gauntlets that leave the fingers free for deft weapon manipulation.

The Tavan Redguards' headgear was typically a turban wound around a sturdy steel cap, usually embossed with the near-universal wind-current symbols. Most of the face was concealed by mouth and cheek guards, as much to intimidate foes as to keep out blowing dust and sand.

Stiff and sturdy armor to protect the front of the lower legs was standard gear for the second-wave Ra Gada, echoing the form and function of the reinforced gauntlets on the forearms. Layers of heavy hide covered the back of the calves.

Ra Gada maces were made to deal with well-armored opponents, their heads heavy and spiked for crushing and puncturing their targets. The weight of these bludgeons necessitated development of the "Terminal Blow" style, similar to the "Singular Cleave" used by Tavan axe-wielders.

Ra Gada shields were wide and heavy to provide maximum coverage, not just to the bearer but also, at need, to his nearest ally. Besides the usual embossed wind-current symbols, the bottom of the shield was wrought to resemble a hawk's broad tail.

The so-called "pagoda pauldrons" of the Ra Gada are quite distinctive, but the three layers of cops are not as rigid as they appear: they are articulated underneath, allowing the cops to swivel to follow the warrior's arm movements.

Ra Gada spellcasters often tipped their staves will finials in the shape of Tu'whacca's sacred ibis, as the Tricky God was (and is) the patron of mages. Nowadays being suspicious of magic is regarded as a hallmark of Redguard culture, but this was not always so pronounced.

The Tavans came from the Yokudan sword tradition that called for edging only one side of the blade, so the backing can be thicker and stronger. This gives the curved Ra Gada swords, both one- and two-handed, the weight to hack through a target in one slash-and single-move attacks have always been celebrated by Redguards as the epitome of fencing elegance.