Minotaur Style is a craftable armor and weapon style in Elder Scrolls Online. This Style is divided into several motif book chapters: one for each weapon type and one for each armor piece

Where to get Minotaur Motif

Chapters are found by completing the quest Looming Shadows in the Gold Coast. 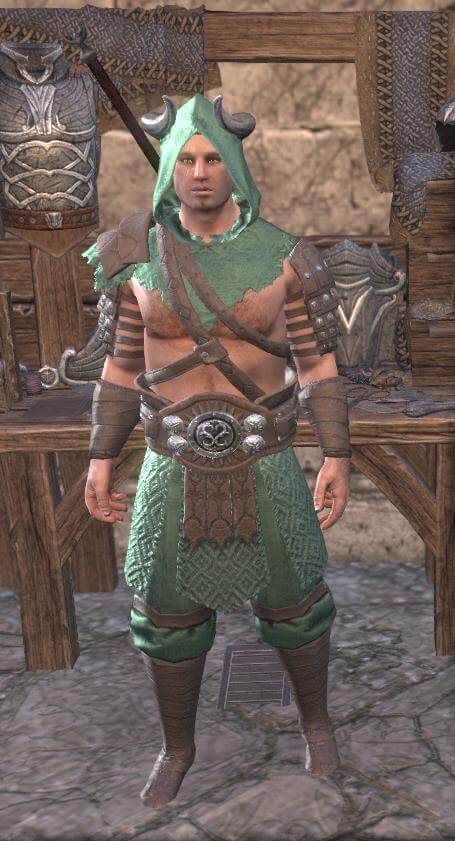 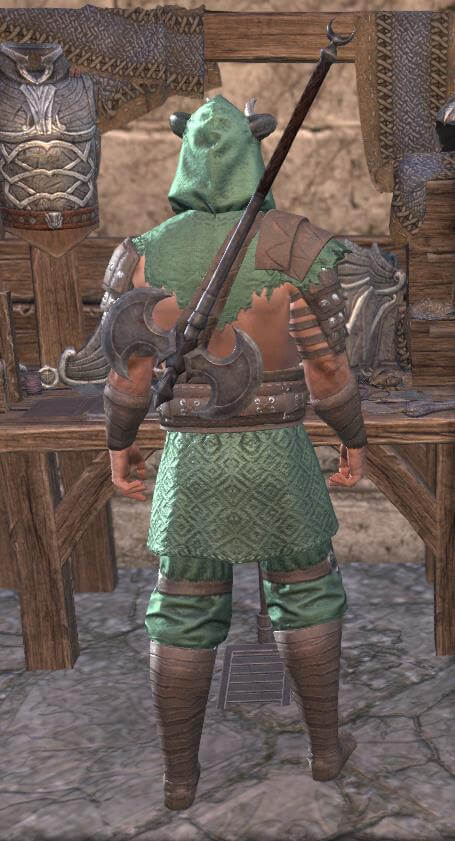 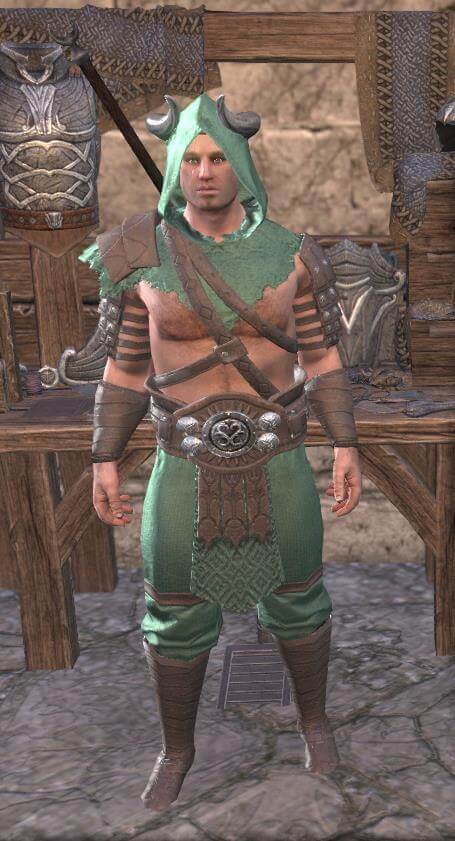 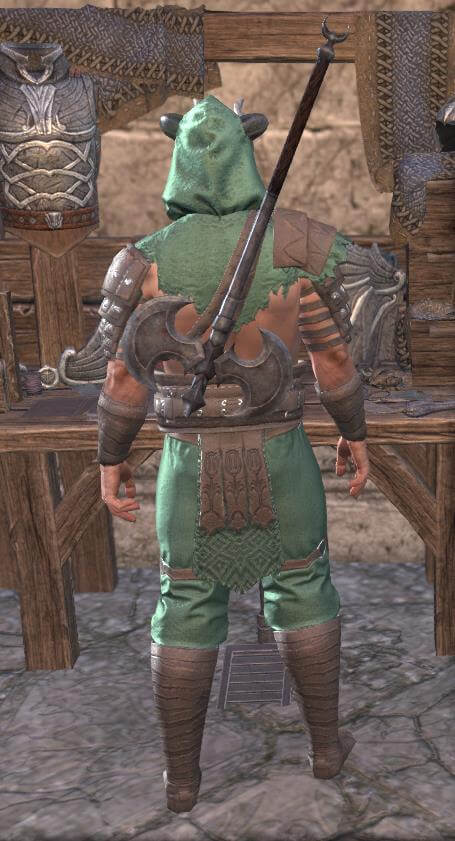 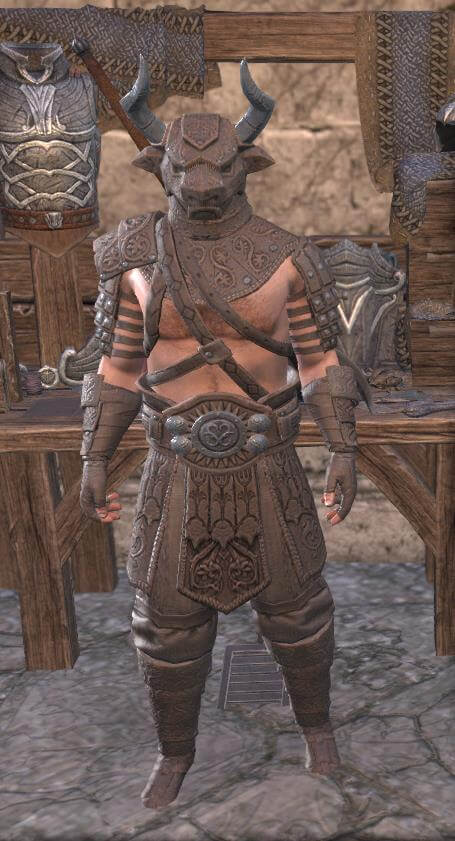 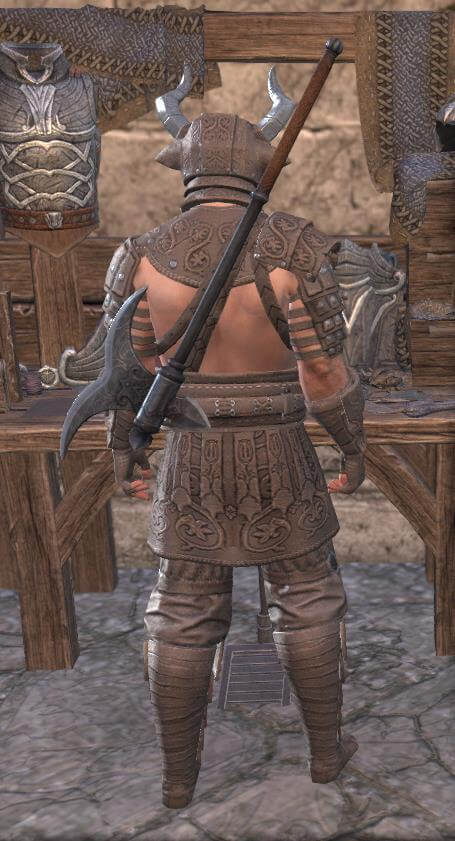 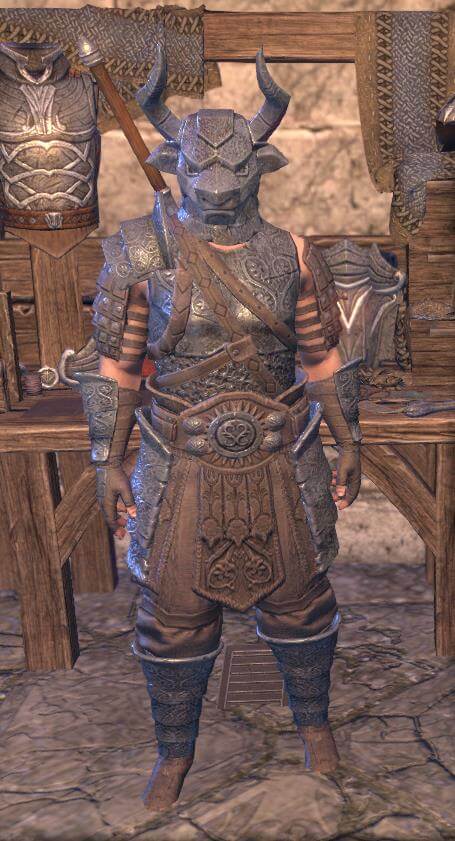 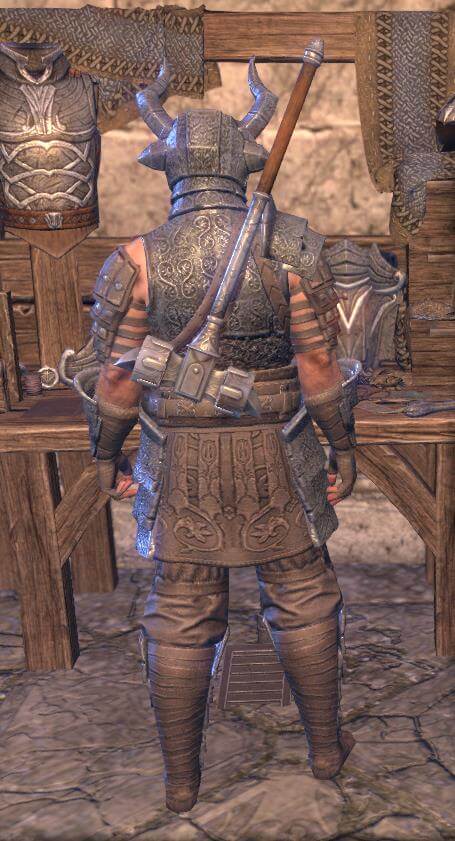 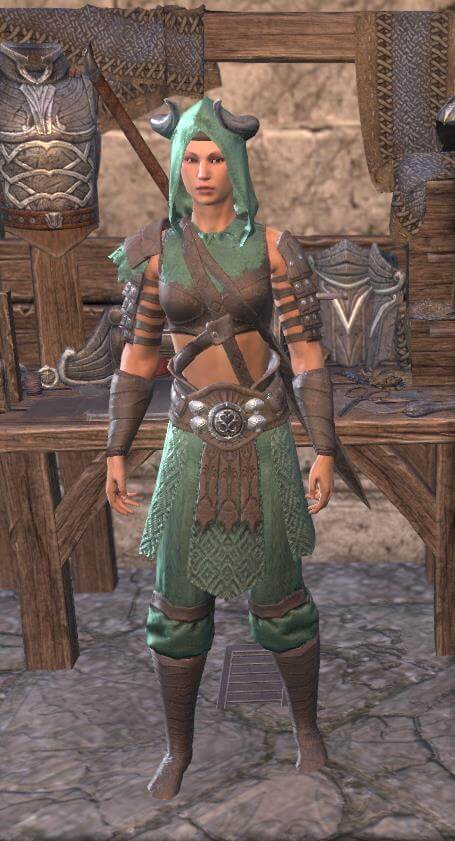 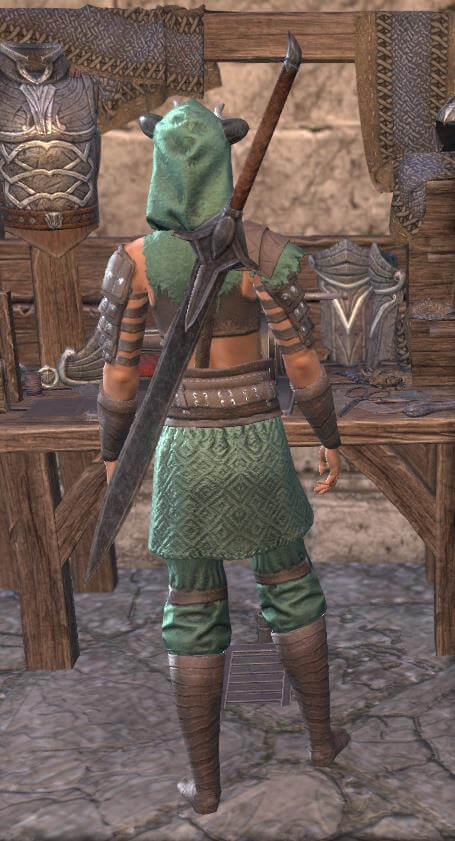 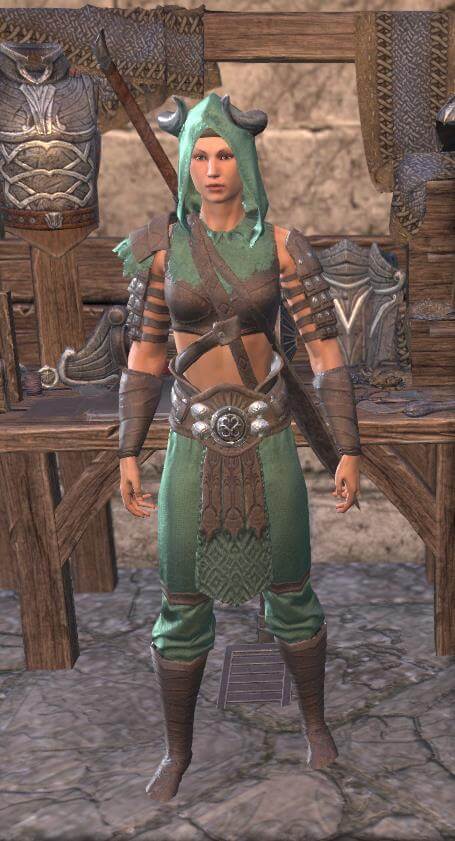 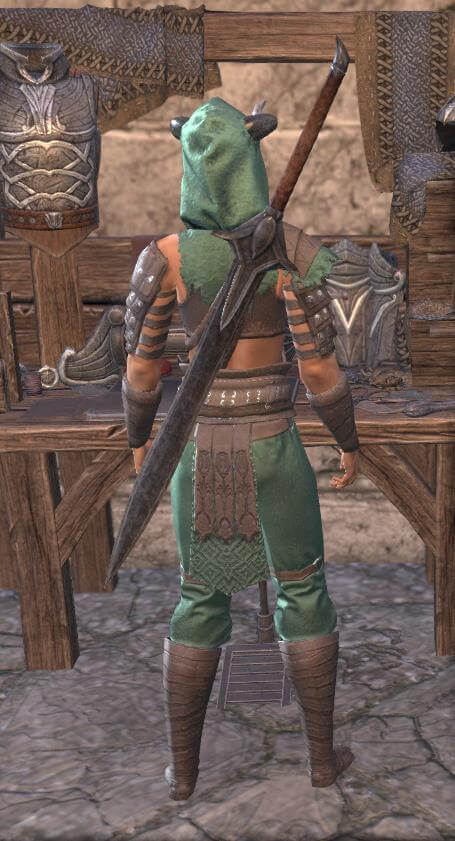 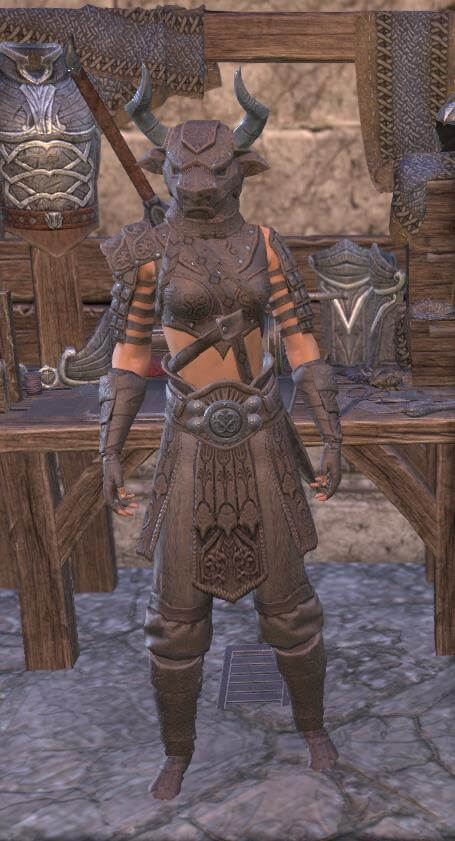 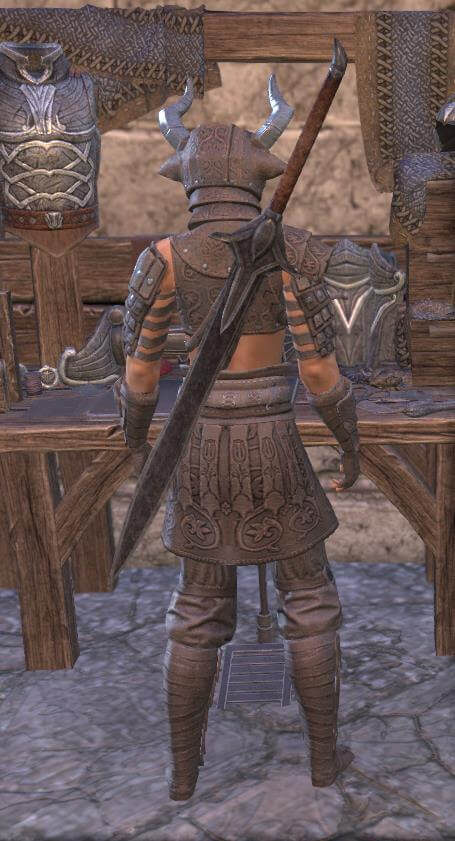 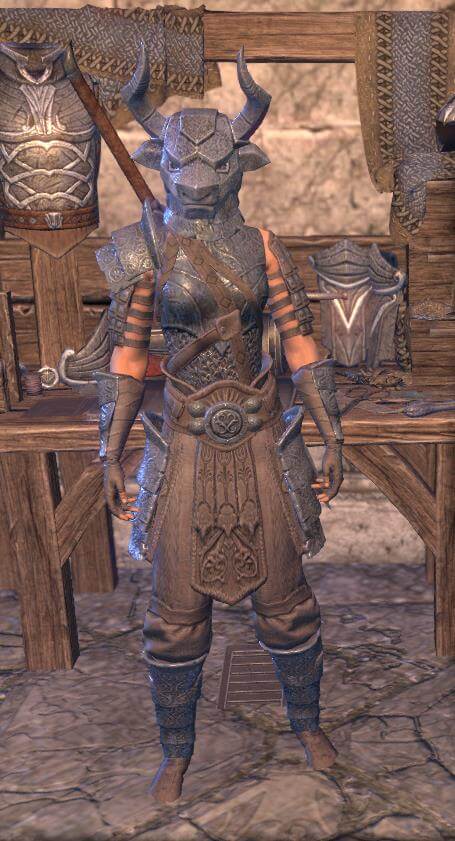 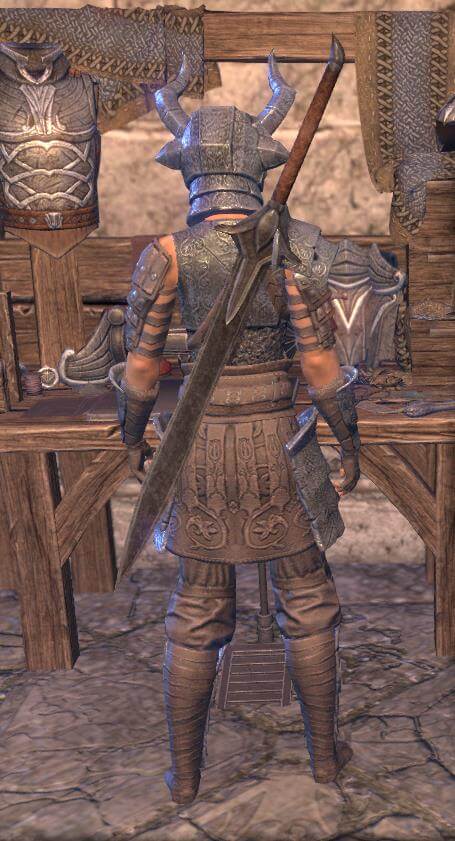 Would you do honor to the noble and all-but-forgotten race of Minotaurs, those mighty man-beasts who symbolized the Empire of yore? Do you believe in the legends of their greatness, as I do? Listen, then, and I shall teach you how to craft a set of arms and armor that will pay appropriate tribute to these nigh-extinct avatars of ancient Alessia!

The typical Minotaur's axe resembles nothing so much as a great cleaver modified for combat—and could anything be more ironic, considering the fate of most Cyrodilic beef cattle? The two-handed version features a small blade mounted at the heel of the haft for backhand remise attacks, which Minotaur warriors excel at, despite their false reputation as clumsy brutes.

The Minotaur's belt is so broad, it would be more correct to refer to it as a war-girdle, a wide triple-layered cincture with a great round buckle-placket in front, as background to a large metal boss that serves as the actual buckle. Thick tassets hang from this war-girdle all around its circumference.

The footwear of the Minotaur style, especially on heavy armor, consists of sandals made to emulate the Minotaur's great hooves. Though the uppers are light, the soles are thick, and scored to enhance traction.

The Minotaur-style bow is made of darkest yew, stiffened, not surprisingly, by horn, and faced with spiked rivets. Morihaus the Winged Bull was said to be the finest archer of his era, and the finely-fletched arrows of the Minotaurs pay him due tribute.

The Minotaur's chest armor seems to take its inspiration from that of arena gladiators, crisscrossed by heavy straps, and with exposed skin on all but the heavy armor variations, so the wearer can more easily bear the heavy weight of the style's massive helm, arm, and shoulder armor.

The Minotaur's dagger is a simple spike-poniard with a triangular blade, usually wielded in the left hand to deliver the coup-de-grace following a mortal blow from the main weapon in the man-bull's right. Not fancy—just deadly.

Like arena gladiators, Minotaur-style warriors have the strong forearm protection of military gauntlets, but the hands are left entirely free. I would speculate the origin of this tradition lies in the difficulty of finding gloves that would actually fit a Minotaur's massive hands.

Insofar as a Minotaur can be simplistically described as having a humanoid body with the head of a bull, it's no surprise that the Minotaur-style helmet simulates a bull's head, in boiled leather or steel. Actual bull's horns are typically affixed to the helmet's brows.

The thick greaves and cuisses of Minotaur leg armor emulate the powerful and muscular lower limbs of the Minotaurs themselves. They are usually decorated with simple repeating designs; some take this as an indication that Minotaurs are simple-minded, but I reject this as mere racialist presumption.

The Minotaur's mace sports a heavy cylindrical head studded with sharp rivets. These heads are often lead-filled when wielded by the mighty man-bulls, but ordinary mortals find that too unwieldy, and instead settle for mere iron or steel. The two-handed version features an iron spike on the butt end.

The shield of the Minotaurs has a diamond shape for its central boss, but one should expect such Imperial iconography on the arms of a race so deeply linked to the early history of Cyrodiil. It's an all-metal shield, and thus heavy—if one isn't a Minotaur. Ordinary mortals may make them thinner and lighter.

The mighty and muscular shoulders of the Minotaurs are simulated by heavy pauldrons that rise almost to the neck, and overlap the gorgets on the over-armored right arms. Here again we see the influence of the armor of arena gladiators, which begs the question: did the Minotaurs imitate the gladiators, or vice-versa?

What could be more appropriate as the finial of a Minotaur spellcaster's staff than a pair of broad horns? The haft below the head is metal-wrapped so the staff can serve as a parrying implement, or a means of condign chastisement for erring lesser mortals.

Like the dagger, the Minotaur's sword is a simple triangular blade, sharp and double-edged, with an Imperial diamond at the curved crosstree. These blades are thick and heavy, easily lopping limbs from smaller or poorly-armored opponents. Wield them with care.