Gold Coast is a Location in Elder Scrolls Online, located between Hammerfell and Malabal Tor. Accessed by purchasing the Dark Brotherhood DLC, players will be able to participate in assassinations and develop a completely new passive skill line.  The Gold Coast always served as the Empire of Cyrodiil's gateway to the Abecean Sea—but with the Empire in eclipse, the region has gone its own way.

This area was originally designed for players levels Champion 140+, but has become Battle Leveled with One Tamriel. 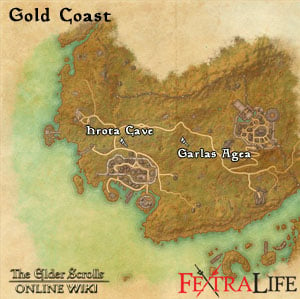 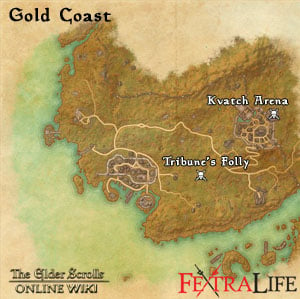 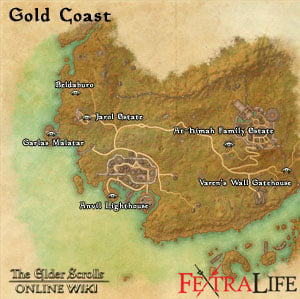 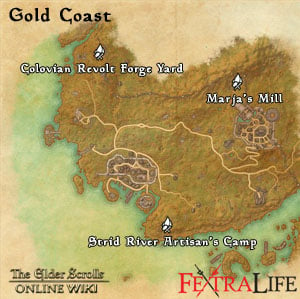 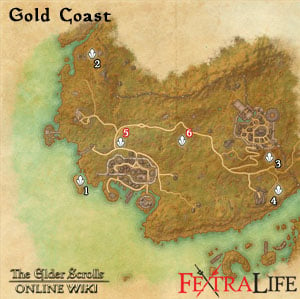 Gold Coast:
“ Blood will flow. A guild of assassins rises to power in Tamriel, and your murderous talents make you a prime recruit. For the first time in The Elder Scrolls Online, join the Dark Brotherhood and carve your own destiny in their bloody future. Read on for full details including pricing, release dates, and DLC game pack and base-game patch features. ”