Outlaw Style is a craftable armor and weapon style in Elder Scrolls Online. This style was added with the Thieves Guild DLC.

Where to get Outlaw Motif

Found by killing World and Dungeon bosses in Hew's Bane. 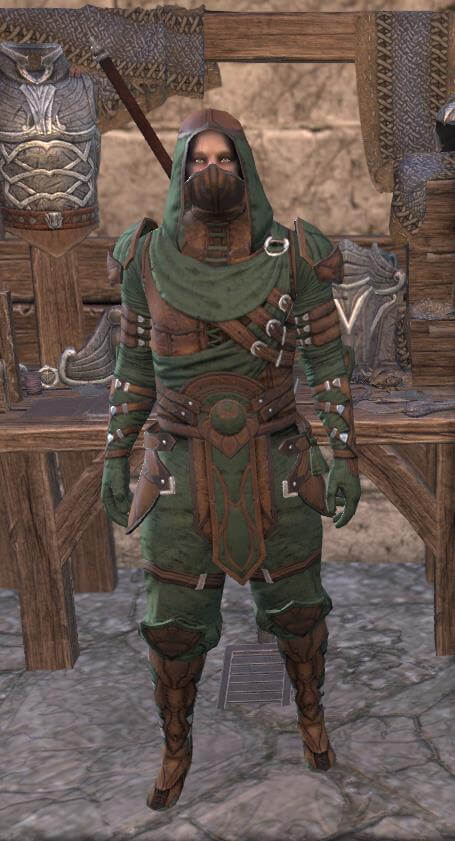 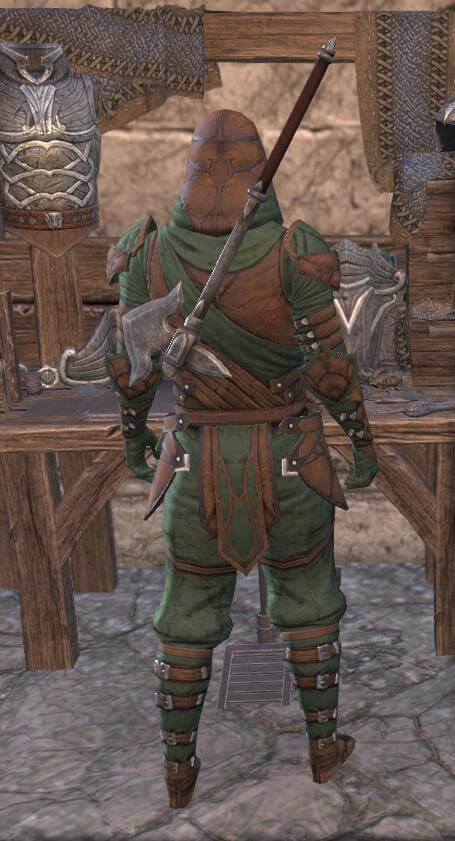 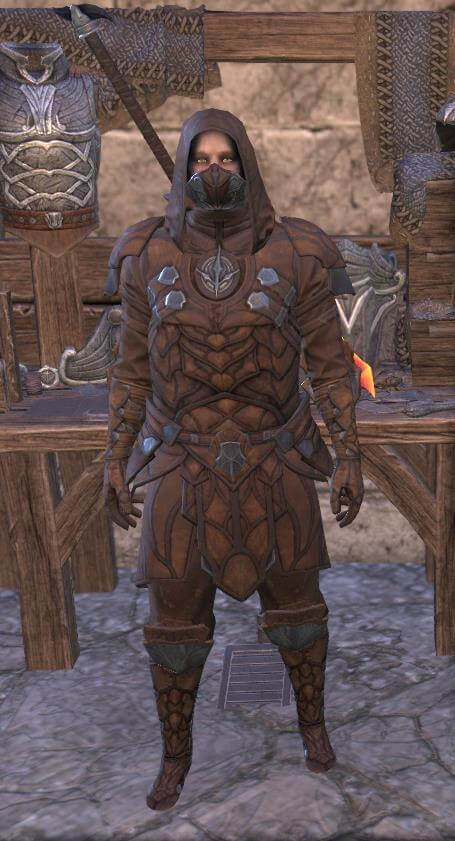 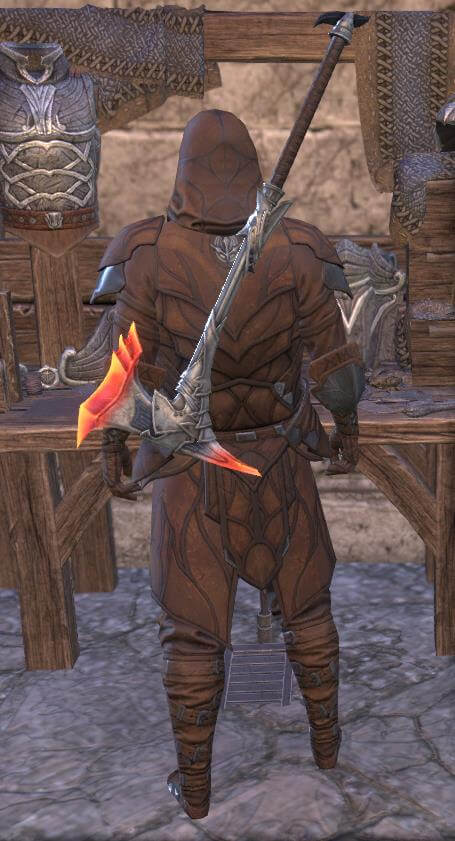 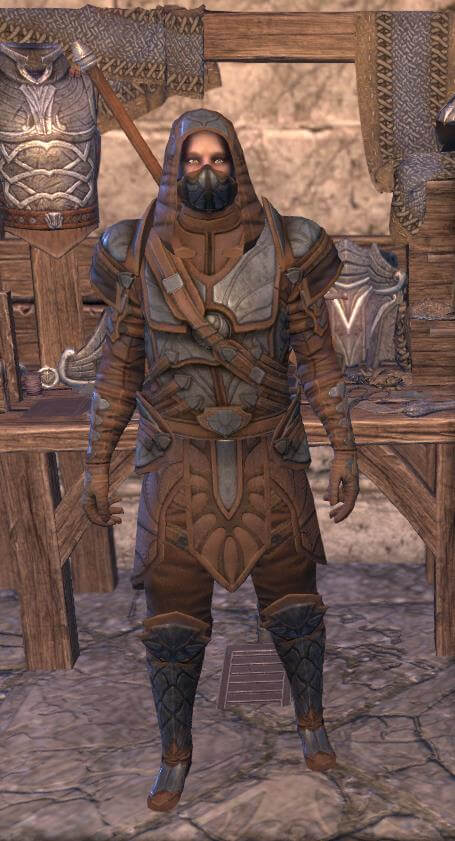 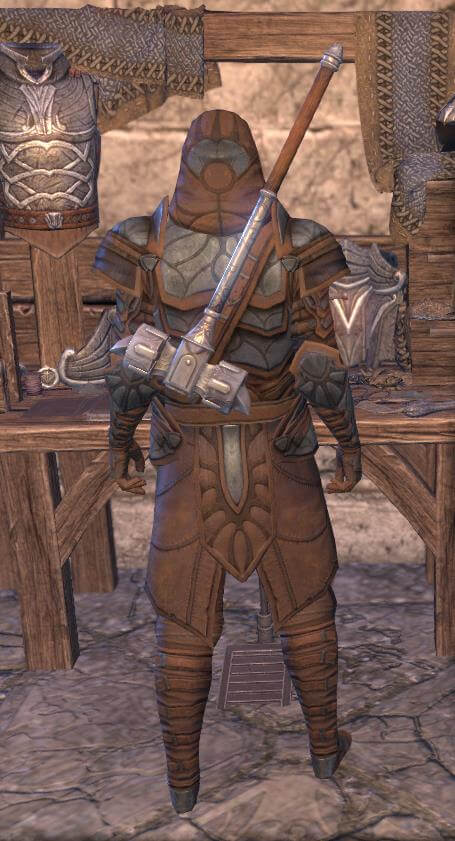 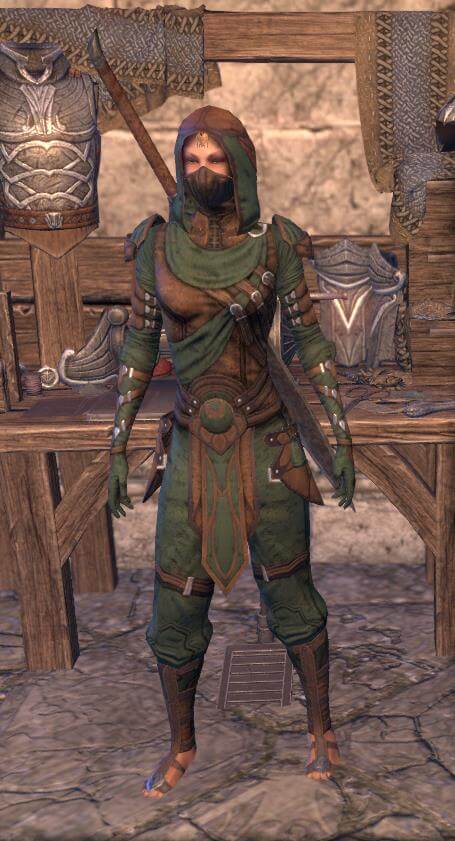 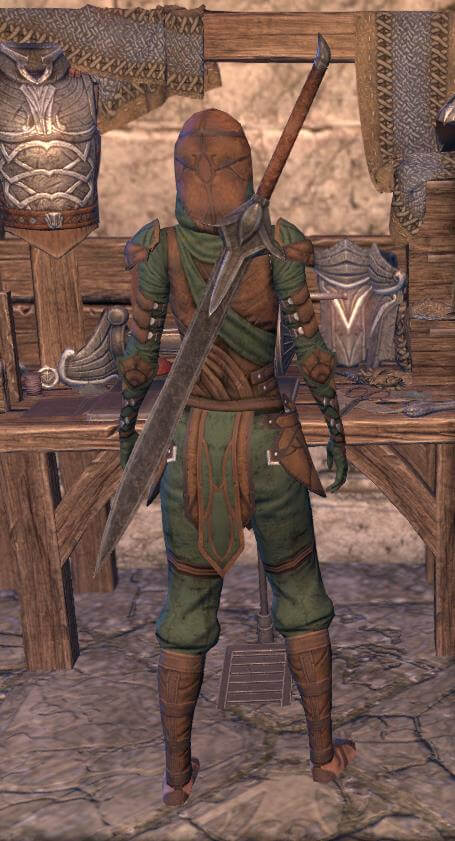 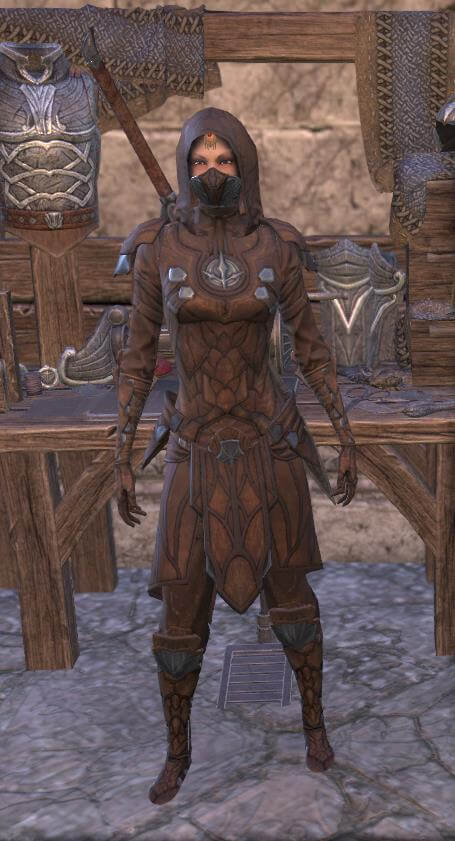 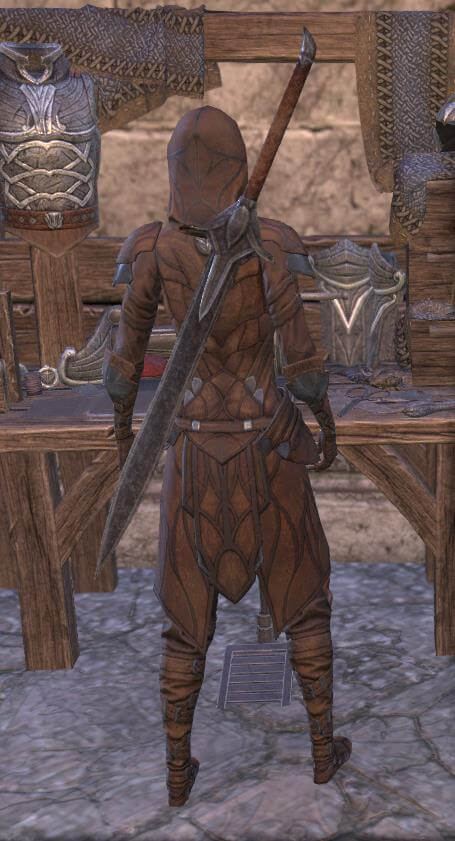 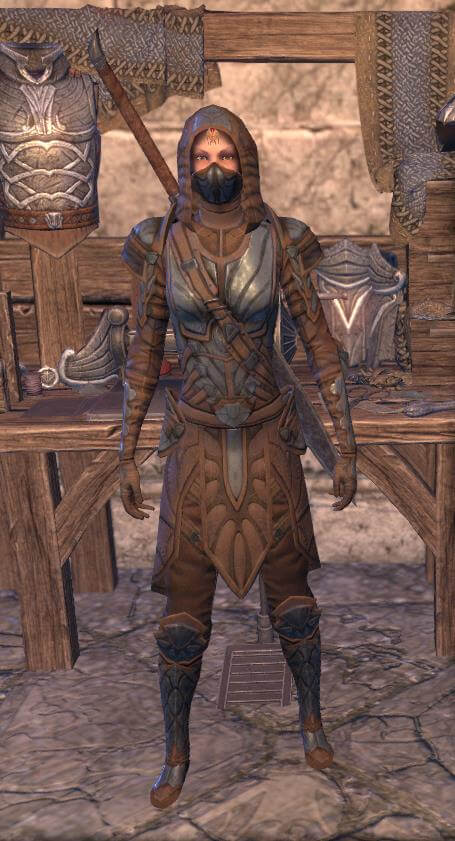 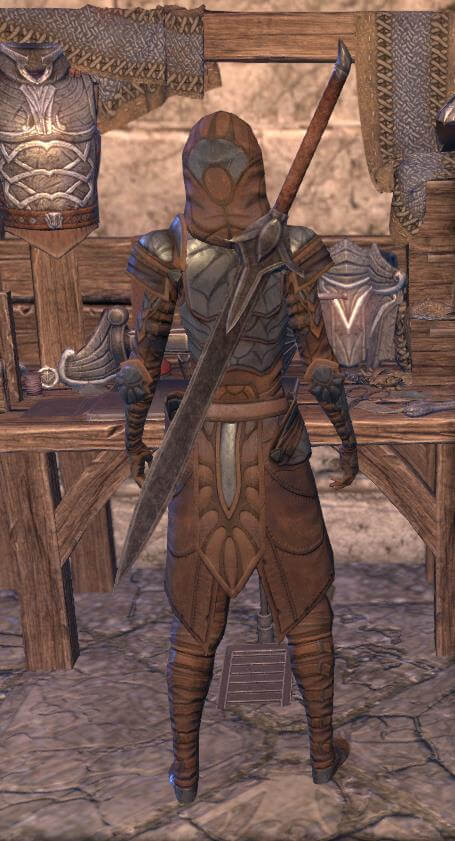 We Outlaws may not be very organized, but we have our ways of recognizing each other, no matter where we come from—our symbols, like the three-bladed dagger, or code phrases such as—actually, I don't think I'll write those down in a book. However, since we're all involved in the same illicit business, you'll see there's a common style to our arms and armor.

Where possible, we Outlaws like our weapons to have a secondary function as tools—because frankly, if we have to use them as weapons, the job's already gone wrong. All of our axes have hooked lower blades, which enables them to serve at need as climbing axes or grappling hooks. Up and over!

When you're on a job, trying to stay stealthy, there's nothing worse than having your gear suddenly swing loose and clang into something. For this reason, an Outlaw usually wears a sturdy double belt, just to be extra-sure everything's trussed up good and proper.

Even when going armored, an Outlaw likes to tread lightly, so our boots and shoes are flexible and soft-soled. Oh, and well-oiled into the bargain: no creaky shoes for us!

As much as we Outlaws prefer simple, utilitarian weapons, we are quite fond of our bows, and lavish them with extra care and ornamentation. After all, any weapon that enables us to take down an enemy without getting into a stand-up fight is a good thing, right?

When stealth is paramount, and clanking is out of the question, you craft your armor from many layers of tough but flexible material. Metal splints or plates are embedded in leather housings, and all the joints are muffled so your armor stays quiet even when you're moving fast.

Blades: keep them simple, keep them straight, put an edge on both sides, and that's all you need. When it comes to putting a hand's-length of steel into someone's back, trust me, a straight dagger is just the ticket. I call mine "Kidney Tickler."

When your fingers are your fortune, you house them in fine kid leather so your skills at fine manipulation aren't compromised—and then you protect their backs with stiffened material that can turn the blade of a trap or a guard.

Feature-concealing hoods are the Outlaws' signature headgear, often stiffened with leather or hide. The eyes are left uncovered, so we can keep a sharp lookout when on the job. Can't be too careful.

Once again, the key words for Outlaws' armor are speed and flexibility, which is why our greaves are mostly just straps and flaps. However, we often wear substantial poleyns over our knees, as much to ease crawling through tight spaces as to protect those joints in a fight.

The typical bludgeoning weapon of the Outlaw is a hammer, because it's probably going to see more use as a tool than as a melee weapon. Whether you're breaking and entering, or spiking a door shut behind you to foil pursuit, a hammer is an Outlaw's best friend.

For an Outlaw, having to don your shield means your job has taken a nasty turn for the worse—but that's when you're glad you crafted a sturdy one, with a riveted steel edge to turn a guard or constable's weapon. We usually display the Outlaws' three-bladed dagger on the boss, because if you have to show your shield, the cat, as they say, is already out of the bag.

An Outlaw's pauldrons are layered and durable but don't project far from the shoulders—you don't want to get caught in a tight place because you're wearing fancy winged shoulder cops, after all.

When the social fabric is frayed by war and catastrophe, even spellcasters turn to the Outlaw life, adorning the finials of their magic staves with the three-bladed symbol of our defiance. Plus, having a pointed end on your staff is handy when keeping guard dogs at bay.

Like their daggers, Outlaws' swords tends to be straight, simple, and edged on both sides of the blade. If it comes to swords, then Daedra take it: get the job done, get out, and live to heist another day. At least you'll have a good story to tell in the Refuge.