Bloodroot Forge is a 4-player group dungeon located in Craglorn in The Elder Scrolls Online. It is part of the Horns of the Reach DLC. It features Normal and Veteran Modes. Players can use the Group & Activity Finder tool to easily find groups to tackle this dungeon with.

As of Update 16 (Eso patch 3.2.5), the last boss of the dungeon drops the Bloodforge Style motifs chapters, and all bosses in the dungeon drop the crafting material: Bloodroot Flux

"Something primal has awoken deep within the rocky steppes of Craglorn, and the forgotten flames of the Bloodroot Forge have been restoked by the blood rites of the Dreadhorn Clan. Bloodroot Forge is one of the new dungeons found in the Horns of the Reach DLC game pack, and it offers a brand new adventure for your group along with a host of new gear, collectibles, and other rewards. Want to find out more? Read our preview below!"

During the dungeon, you'll encounter Fire Shalks, and a notification that "The Fire Shalk targets you with Fire Ball". This looks like a red ball in the ground and you have to out-run it or you will be caught, stunned and killed by it. Blocking and shielding isn't likely to work for anyone except the tank, but you can dissipate the fire balls if you jump on the platforms surrounded by lava.

You will also encounter four challenging enemies that teach you game mechanics:

This is a simple boss with quite a few adds, but not very challenging. The boss spawns poisonous stranglers, which can be a priority if the group doesn't have ranged DPS.

The tank should have ranged taunts to gather the adds and ensure frontal AOEs are pointed away from the group - healer does not need to do anything special except watch out for the boss's seemingly random aggro breaks.

This boss is more challenging than the first, but shares similar mechanics.

Tank: Get aggro on boss, point away from group and watch health thresholds. Call out each percentage and move away before the shield knockback. Get aggro on adds and point them away from the group

DPS: Single target on boss, watching not to get close in order to avoid shield damage. AOE on the adds, focusing on the Poisonous Stranglers first, then the bears as they do the most damage.

Healer: Keeping up the tank through the add phase can be difficult. Cleanse DPS allies to keep your resources up. Healing Ward advisable to snipe-heal if tank loses taunt on mobs.

This boss is actually challenging on Veteran is the group is unaware of the mechanics - so take the time to explain.

Tank: Get aggro on boss, point away from group and watch for the teleport - be ready with a range taunt to get the Stone Atronachs on you. Call out 25% as "execution point"

DPS: Single target on boss, but absolutely switch to defeat the Stone Atronachs as soon as they spawn. After 25%, the extra adds are difficult to take on so save AOE ultimates for this part, and execute the boss as fast as possible

Healer: Heals for party members struck by the stone enemy AOEs will be necessary. Keep your healing ultimate for the last 25%, or if not necessary use a DPS ultimate to help your group execute.

This boss will be the first true test to whether your group can defeat this dungeon. Make sure your food is keeping, your potions are sloted, and prepare with fire resistance if a vampire.

Tank: Get aggro on boss, point away from group and wait for the Geyser. You MUST stand on this volcano to plug the damage or your party members will die. You can range-taunt the Fire Shalk, but it will put the fire ball on anyone. Make sure you are ready to exit the arena for the weapon throw

DPS: Single target on boss, then use a quick ultimate on the Fire Shalks. Be ready to jump out of the arena for the Lava Ball and Weapon Throw - and come back so before it disappears but not before the fire shield is gone. Sorcerers can streak through the fire wall - and charge ultimates from platforms. Use your ultimates to destroy Stone Atronachs as they spawn.

Healer: Heals for party members struck by the stone enemy AOEs will be necessary. The tank will take most of the heals otherwise, but you can help the DPS get rid of the adds and in the execute phase.

This boss is actually rather easy - all you have to do is be mindful of the kill order. After the fight, a chest will spawn and the same arena will be used for the final boss.

Healer: Keeping the tank alive will be rather easy - so you can help with DPS on the minotaur and be on call for interrupts and revives if anyone gets killed.

This is a challenging coordination-focused attempt. If you bypass hard mode, you will have some extra help and less health on the boss, which is recommended as it's not necessary for the achivements.

Positioning for this fight: One DPS on each pillar, tank and healer in the middle towards the edge of the arena. DPS must be ranged for this to work!

Kill order: Dispatch of the adds first, but if you are not done with boss replica N.2 when N3 spawns: target that one and defeat it asap!

Tank: Get aggro on the boss and take him to the door or an edge. Make sure to be ready to block his AOEs, and move away as the first Lava Pool spawns. Keep the boss in range for both the Blood Rain and the Stone stuns your allies will work on. Pre-arrange to move clock-wise if things get out of control. Be ready to get the two adds when they spawn so they don't kill your party.

DPS: Kill order is Third Copy > Second Copy > Main Boss. The "Blood Rain" pillar DPS should be ready to target the blood rain and get rid of lava pools as they spawn. If one spawns under you, simply move away until the pillar is ready then come back shielded and healed to get rid of it ASAP. The other DPS will man the "Flame" pillar. Watch for the boss ground pound and activate the channeled cast immediately. This takes a bit of time to channel so be ready to roll out of the aoe damage under you!

Healer: The tank should not be too difficult to keep alive, but the DPS may be getting hit rather hard if they get an ad on them. Be ready with your heals to save those situations! 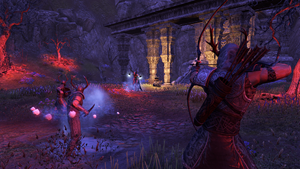 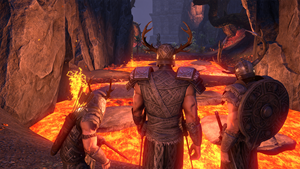 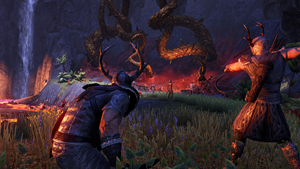 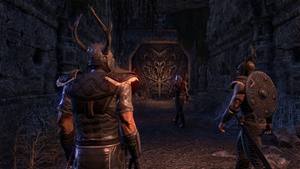 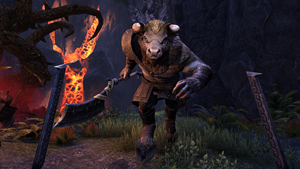 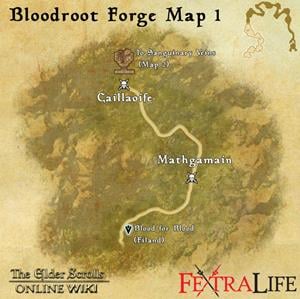 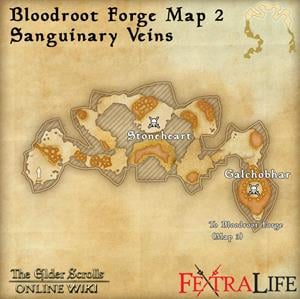 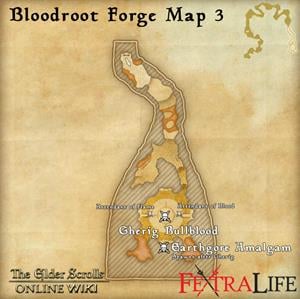