Spindleclutch I is a 4-man dungeon in Elder Scrolls Online. It is located in the northeastern part of Glenumbra. Players can use the Group & Activity Finder tool to easily find groups to tackle this dungeon with.

Normal Spindleclutch I can be a moderately difficult experience for players not used to Elder Scrolls Online dungeons. This is especially true for tanks, who may be coming from other games where the expectation is of total control over all mobs. Be patient and work with your group to prioritize targets for both the tank(s) and the dps.

On Veteran difficulty, this boss has an optional hard/Undaunted mode that may be activated by reading from a scroll nearby.  Activating the scroll will increase the boss' health and damage output. Successfully defeating the boss on this hardmode will reward the party with 2 Undaunted Keys if they have the appropriate daily pledge quest.

This fight is all about avoiding and healing through damage. 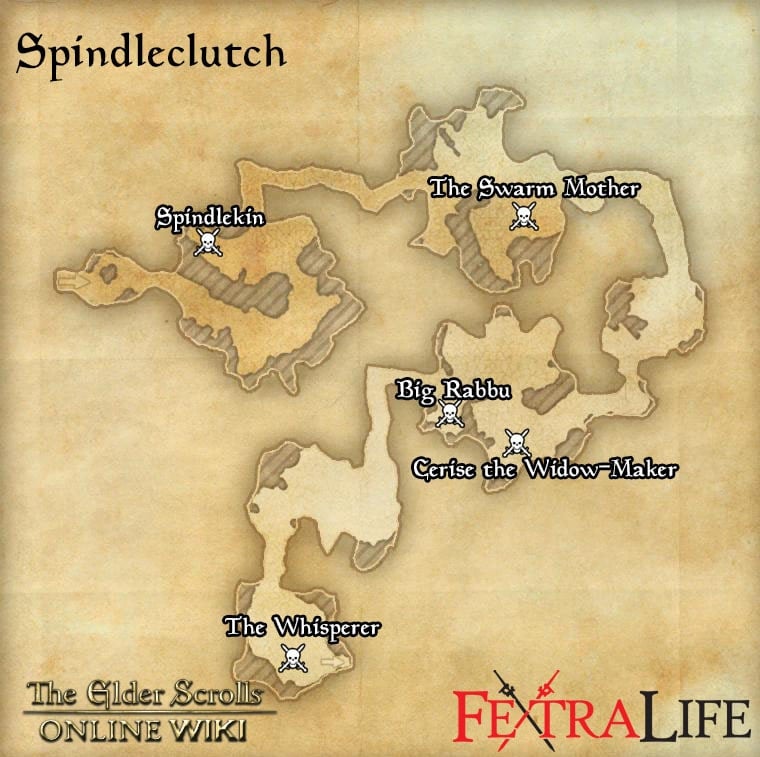