Banished Cells is a 4-man dungeon in Elder Scrolls Online. It is located at the northern tip of Auridon. The suggested level for this dungeon is 12. There are 4 mini bosses and 1 boss located inside, all of which can drop loot. The loot in this dungeon scales to your level. There is also one quest, Banishing the Banished, which grants you some loot and a skill point for completing (until recently this quest was bugged and could not be completed, it may still be bugging sometimes. Players have been making sure all in their party abandon this quest and re-pick it anew when entering the dungeon, and it seems to be working). You will receive 1 Skill Point for completing the quest here and 1 Skill Point for completing the Veteran quest. Players can use the Group & Activity Finder tool to easily find groups to tackle this dungeon with.

Maw of the Infernal

The Veteran Hard Mode version of this dungeon is achieved by defeating Rilis while 3 Daedroth are still alive. 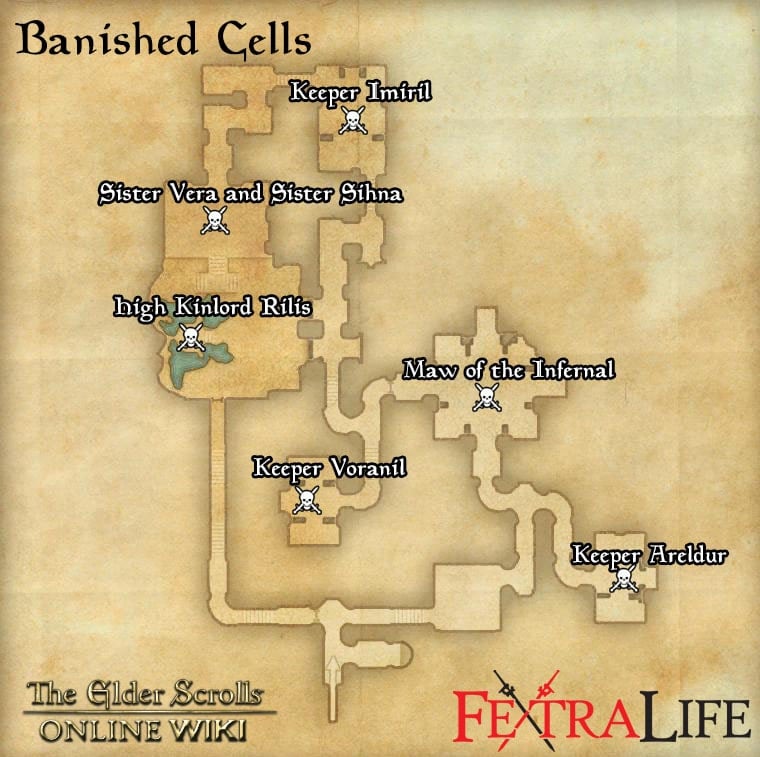