Spindleclutch is a 4-person dungeon in Elder Scrolls Online. It is located in the northeastern part of Glenumbra. This beginner dungeon for the Daggerfall Covenant players is a quick cave infested with spiders. Players can use the Group & Activity Finder tool to easily find groups to tackle this dungeon with.

Normal Spindleclutch can be a moderately difficult experience for players not used to Elder Scrolls Online dungeons. This is especially true for tanks, who may be coming from other games where the expectation is of total control over all mobs. Be patient and work with your group to prioritize targets for both the tank(s) and the dps.

Trash Mobs
At this point the trash mobs change from groups of spiders to groups of fighter's guild members. You will fight Evokers (caster DPS), Infantry (melee DPS/tanks), and Corrupted Healers (healers). These pulls can be difficult due to their size, so an effective strategy is necessary to get through with as few deaths as possible.

Strategy A: Ideally, your group should focus DPS in the order of Healers -> Caster DPS -> Melee. The tank should pick up the melee mobs and bash the caster DPS as much as possible. This can be very resource intensive and may be too much incoming damage or complexity for under-geared or newer tanks/healers.

Strategy B: If the stress of strategy A is too much for your tank or healer and is causing wipes, you can also follow the DPS order of Caster DPS -> Healers -> Melee. In this way, your DPS burn the most threatening mobs first, reducing stress on the tank. Tanks should only focus on the melee mobs, keeping them away from the group.

Strategy: This fight is all about avoiding and healing through damage.

Veteran Spindleclutch is quite possibly one of the easier VR5 Veteran dungeons and is rather vampire/wereworf friendly. However if you are a VR1 player, be warned that you may not survive all the veteran bosses due to lack of DPS/heals. Fortunately for you though, if you find yourself low on DPS, you can skip the second boss ( Blood Spawn).


Strategy: Deal with the ads first, calling the targets so your group can focus fire. Use AOE or AOE crowd control abilities to rid your group of the Blood Fiends first. Tanks ought to be wary of the Charge and Jumping attacks from the boss and block those. Tanks should also taunt the boss and any ads that may harass your other group members. Following the above would make this boss a walk in the park!

Strategy: The key to defeating Blood Spawn is speed and proper coordination.

Wave 1: Around 15 spider Swarms having
Wave 2: 6 Spider Swarms and 1 Swarm Mother Nightmare with
Wave 3: 2 Groups of Humanoids with Healer for each group.
Wave 4: Total of 3 ads - Whisperer Nightmare in the middle with a Healer and Evoker on either side. Dealing with this last wave and the boss at the same time can be quite difficult.

Strategy: Attack the 4 waves of ads before attempting to take down the boss.

Strategy: Tanks should block the charge up attacks. Everyone should focus on one at a time for the quickest takedown.

Strategy: The tank should kite the boss when he becomes a red circle to minimize damage. 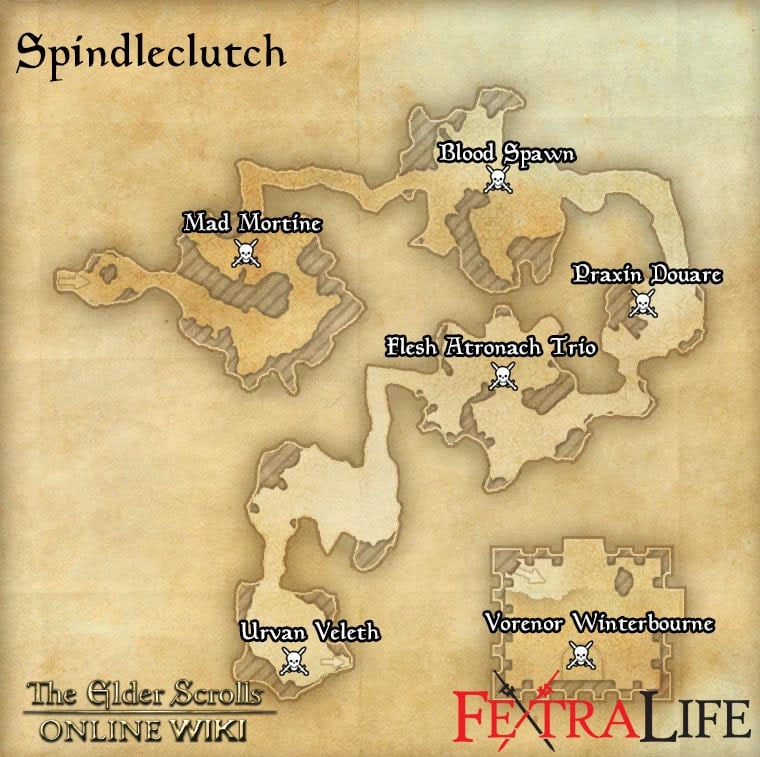