Fungal Grotto is a 4-person dungeon in Elder Scrolls Online. It is located all the way at the western edge of Stonefalls. Players can use the Group & Activity Finder tool to easily find groups to tackle this dungeon with.

Veteran Fungal Grotto is a somewhat difficult VR5 Veteran dungeon. The presence of poisonous attacks makes the dungeon harder for werewolves so plan ahead. Ranged DPS would prove more fruitful than Melee due to the excessive amount of AOE attacks employed by the bosses. 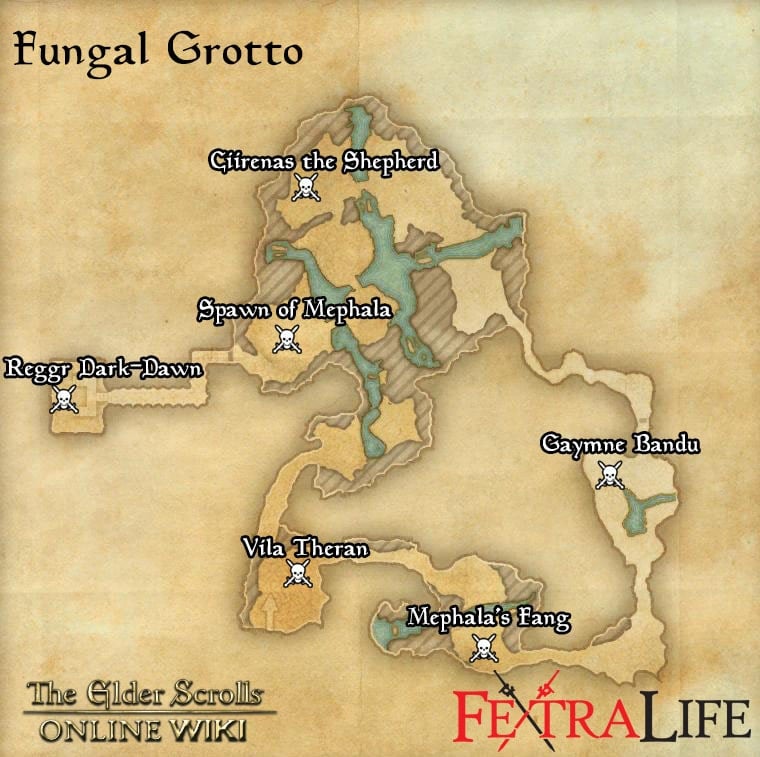