The Cauldron is a 4-player group dungeon located in western Deshaan, west of the West Narsis Wayshrine in The Elder Scrolls Online (ESO). It is part of the Flames of Ambition DLC. It features Normal and Veteran Modes. Players can use the Group & Activity Finder tool to easily find groups to tackle this dungeon with.

The Cauldron Guide including all The Cauldron Sets, Boss Mechanics, and group role recommendations for Tank, DPS, and Healer.

Long-forgotten ritual sites and ruins of the past fill the mountains of western Deshaan and serve as enticing sources of power for devious forces. When the citizens of a quiet Dark Elf village start to go missing, all eyes turn to the sinister cult residing in a nearby abandoned mine. Delve deep underground to rescue the kidnapped people and stop a dark ritual before it can unleash destruction.

This is a challenging dungeon in Veteran mode. Players should form a well-geared party at endgame level. Please consult our Endgame Guides page for tips on endgame progression, gearing, etc. 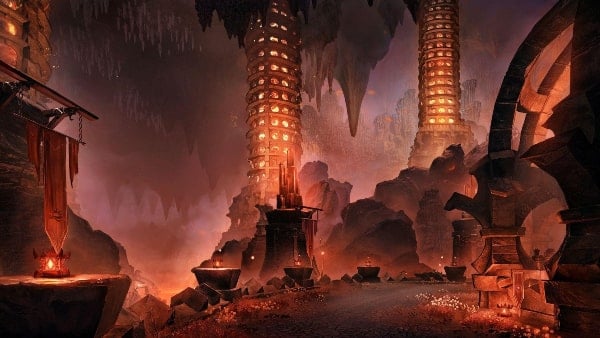 Suggested group composition for The Cauldron 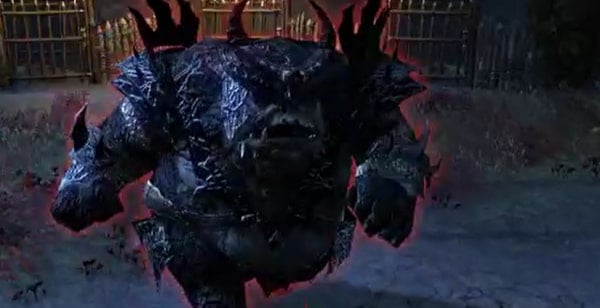 Oxblood the Depraved is an Orgrim-type enemy that serves as the first boss of The Cauldron. He predominantly uses poison-based attacks and can cage players, taking them away from the fight temporarily. 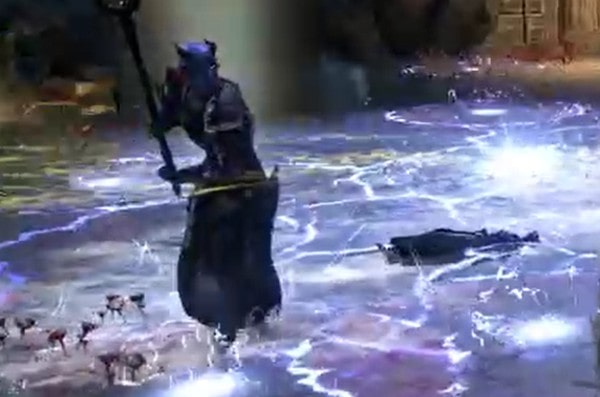 Taskmaster Viccia is the second boss of The Cauldron. She is a powerful Xivilai sorceress that utilizes lightning-based magic and is assisted by her Dremora companions throughout the fight. 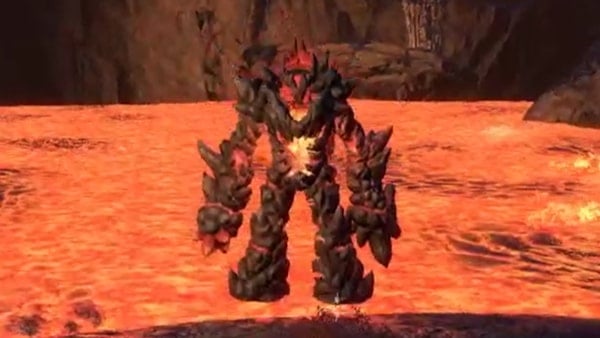 Molten Guardian is an Iron Atronach type enemy, serving as the third boss of the Cauldron. It utilizes magma attacks and frequently relocates around the arena. 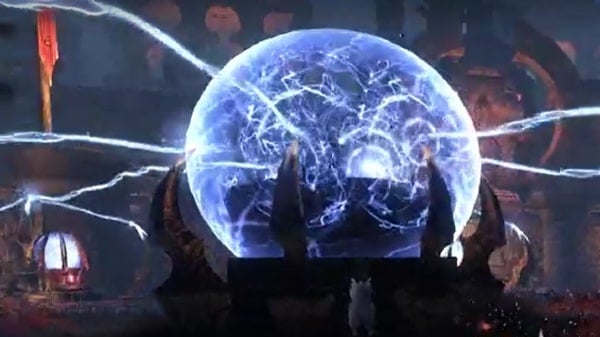 The Free Lyranth encounter is less of a boss fight and more of a rescue operation while fighting through waves of enemies. Shortly before the Molten Guardian fight, Lyranth  is captured by Baron Zaudrus. You later find her in a large courtyard area, imprisoned within a magical barrier in the center. The barrier device is powered by six energy pylons spread around the outer edges of the room. You must find a way to rescue her. 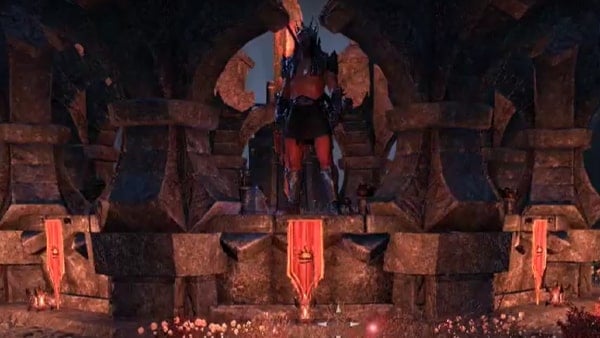 Baron Zaudrus is a Daedric Chieftain and the leader of the Order of the Waking Flame which worships Mehrunes Dagon. He serves as the final boss of the Cauldron. 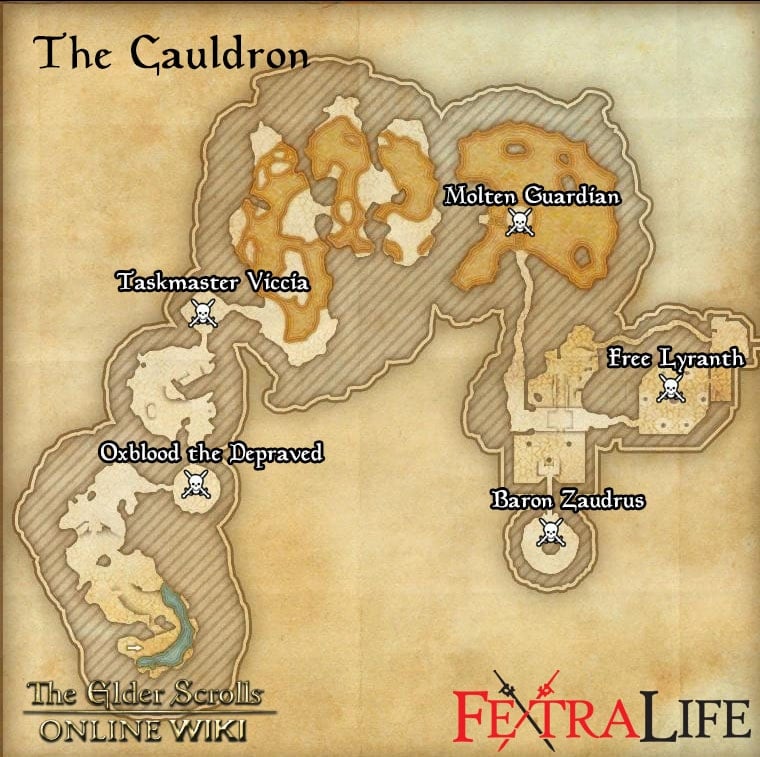