Vaults of Madness is the last 4-person dungeon found towards the center of the Coldharbour region. It is just to the east of the Orchard. Players can use the Group & Activity Finder tool to easily find groups to tackle this dungeon with.

Vaults of Madness is the final group dungeon filled with loads of action.The use of Fighter's Guild abilities are recommended for this dungeon.

This boss has an optional hard/Undaunted mode.  It can be activated by reading the Scroll of Glorious Battle near the boss, increasing the boss' health and damage output.  Defeating the boss while the scroll is active will reward the party with an extra Undaunted Key if they have the appropriate pledge quest. 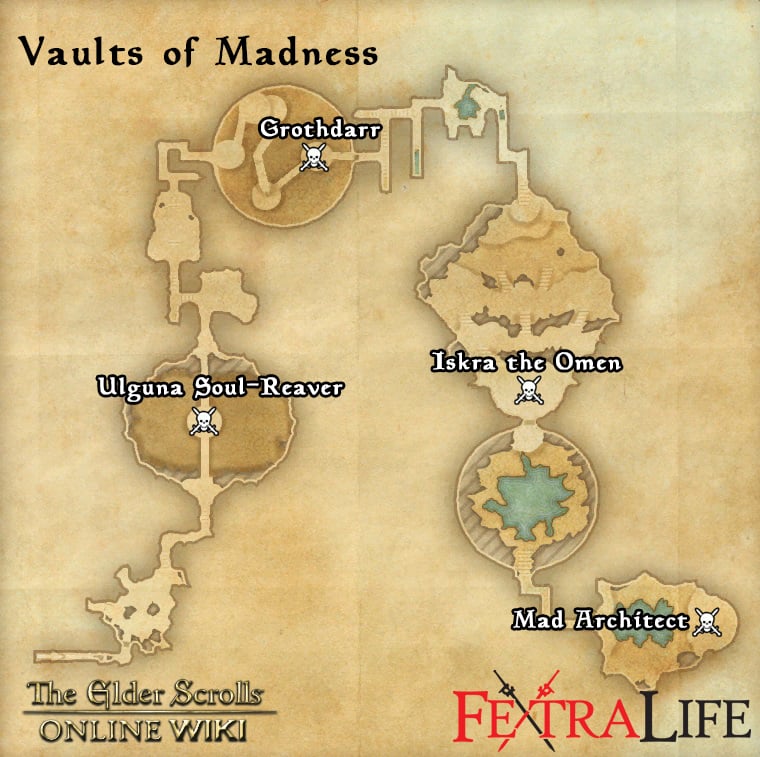