Wayrest Sewers is the 4-man dungeon in Elder Scrolls Online for players of the Daggerfall Covenant. It is located under the city of Wayrest in Stormhaven. This dungeon will have players fighting with strange monsters of the deep such as crocodiles and giant rats, which in a large number can prove quite challenging. In Veteran Mode, you will return to fight stronger versions of enemies you once fought, all ready for vengeance. Players can use the Group & Activity Finder tool to easily find groups to tackle this dungeon with.

Veteran Wayrest Sewers is a rather manageable VR 6-10 Veteran dungeon. The dungeon can easily be completed in less than 20 minutes and can be used as a training farm for VR8+ players to level to VR10 by playing over and over again. All in all, the dungeon makes for a fun play.

Strategy: The tanks should focus on the Bolt attacks and block those to lessen the damage dealt by them and make your healers job a little easier. The circles will start to turn blue as they deal more damage and you should avoid standing in these circles and move out immediately. Players must be quick to get out of the Lifts as they happen by running towards the Daedric Altars. 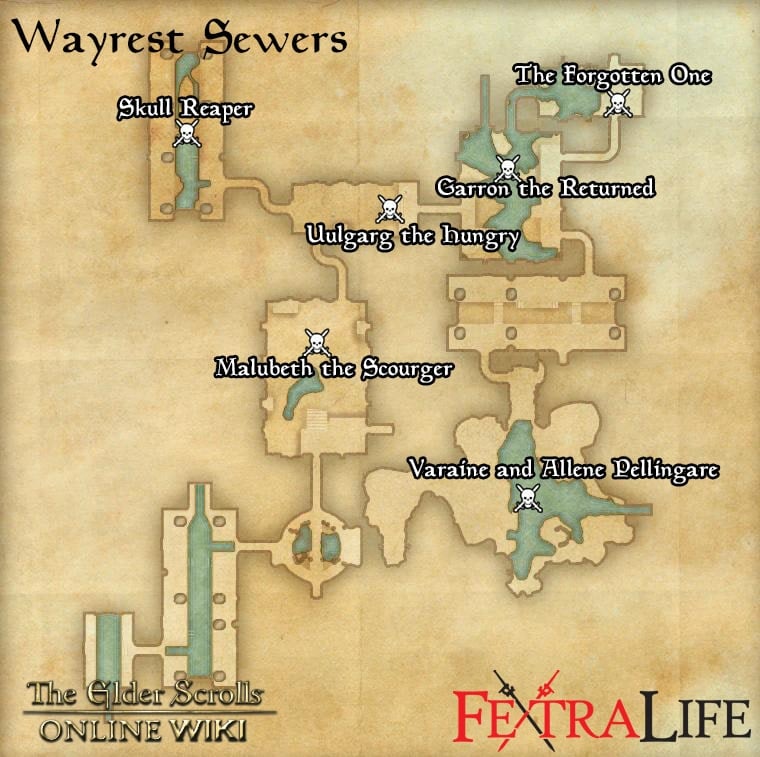