Scalecaller Peak is a 4-player group dungeon located in  Stormhaven in The Elder Scrolls Online. It is part of the Dragon Bones DLC. It features Normal and Veteran Modes. Players can use the Group & Activity Finder tool to easily find groups to tackle this dungeon with.

"In Scalecaller Peak, the burial site of a long-dead Dragon Priest is now overrun with diseased cultists harboring an evil agenda: to unleash the deadliest plague Tamriel has ever known. You and your team must journey to Scalecaller Peak, battle your way through the cultists and their followers, and put an end to this threat"

You will also encounter challenging enemies that teach you game mechanics:

These two bosses should be separated - the kite should focus on engagin Orzun the Foul and kiting him around the area. DPS can focus on bringing Orzun's health down, after which they can switch to Rinaerus, with the objective of killing both bosses at almost the same time.

Tank: Staying towards the outer circle of the arena is a good tactic for avoiding Orzun

DPS+Healer: Rinaerus will periodically summon Skeevers and needs to be interrupted with a bash or an interrupt skill such as Crushing Shock.

Doylemish Ironheart is an unchallenging boss for a well-prepared group. It is important for the group to quickly DPS and outrun the Floating Spheres that can petrify you, but otherwise the boss has simple mechanics. The boss also summons Ice Wraiths, that must be aoe-killed so that they don't overrun the tank.

Tank: Tank the boss in a corner near the exit door. The heavy attack can be dodged and the tank is rarely the target of petrification. Have your healer purify a bleed if you get one

DPS: Focus-dps the floating balls as soon as possible, do not get caught by them. Use your ultimate when the boss is still and no spheres are around.

Healer: Having shards or recovery helps the tank, you can also slot a purify skill to assist. If any player gets petrified, assist them as soon as possible.

Matriarch Aldis is in a zone similar to the Maelstrom Arena, with mechanics akin to the Bloodroot Forge lava pit: the water freezes and kills players that stay in it. The boss will periodically summon Nereids that produce deadly geysers, so they should be the N.1 priority for the party.

Tank: The easiest way is to lure the boss to the edge of the area and let the dps stay outside, killing the boss without worrying about the Nereids.

DPS: Focus-dps the boss and assist in regeneration for the tank

Healer: Max heals on the tank and as much regeneration as you can.

This is a complex fight that has a constantly building poison debuff on the entire party. The first debuff increases Stamina costs, the second decreases Healing Received, and the third increases Magicka costs. Players must kill specific enemies and make an antidote to cleanse themselves from the debuffs and massive damage. Listen to Jorvuld as there are callouts for what each phase needs. It's usually first Imps, then Stranglers, then Beetles. Once you have killed all necessary adds and obtained the antidote you can run to the middle of the arena for a cleanse and then get to the boss, who will be weakened. A guard will likely also appear, so use your ultimates when both the guard and the boss are there.

Tank: Most of the damage on this fight is unavoidable and cannot be tanked, so your role will be to stand on the geysers to prevent their poison from overwhelming your healer. Keep the boss on you with a ranged taunt, and wait for the antidote phase to come around then use a taunt to ensure the spawned guard comes straight to the boss location so you team's ultimates can get them both.

DPS: Kill the adds as per the callout to generate the antidote, and charge your ultimates while doing it. Cleanse yourself, then drop ultimates on the guard+kneeling boss for maximum damage. Regeneration and self-healing are important in this fight

Healer: The tank will take the bulk of your damage but the team will need heals. Try and bring aoe heals that can assist, and both a healing and dps ultimate so you can help with dps if possible.

Strategy：This is a difficult fight that will take some time getting used to. The boss spawns Ice Giants every 20% health loss, and if you don't kill these two enemies quickly they will wipe out your party. Managing party positioning, callouts and taking on the Ice Giants is the key to success.

Tank: Tank the boss near the middle of the arena, picking one of the cone areas. Your main job is to keep her on you and protect your allies from the deadly fire beam.

DPS: DPS the boss and save your ultimates for the right moments. The two giants she summons must be defeated quickly so stay in good communication with the other dps to distribute damage and kill them fast. Pick a sector you will stand on to avoid the poison breath from the statues

Healer: This is a difficult fight to heal as many things can go wrong. Healing ultimates from the resto staff are great for sustained healing. Focus on the tank and on defending whoever is being targeted by the fire beam. Fast revives can save the battle here. 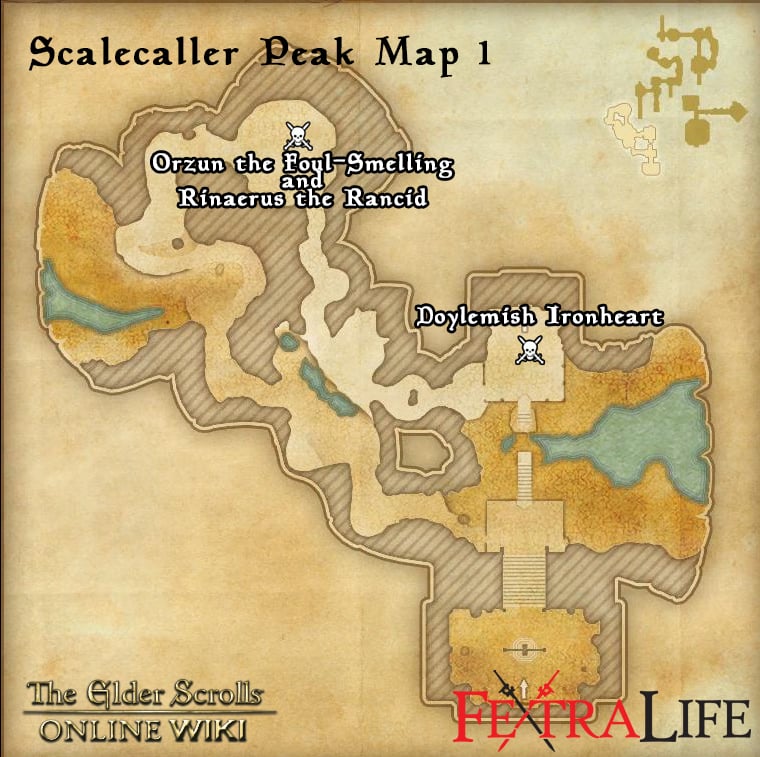 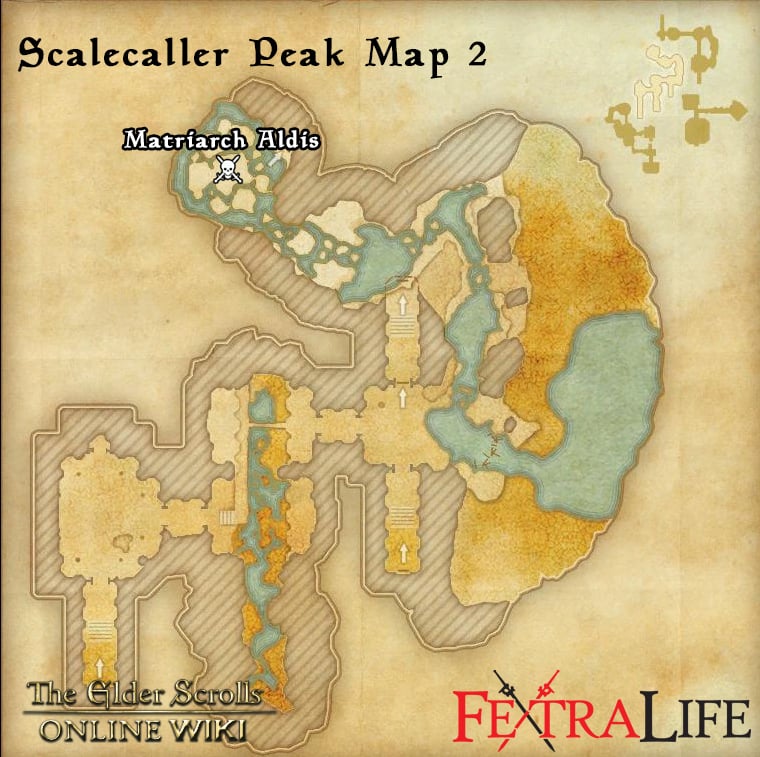 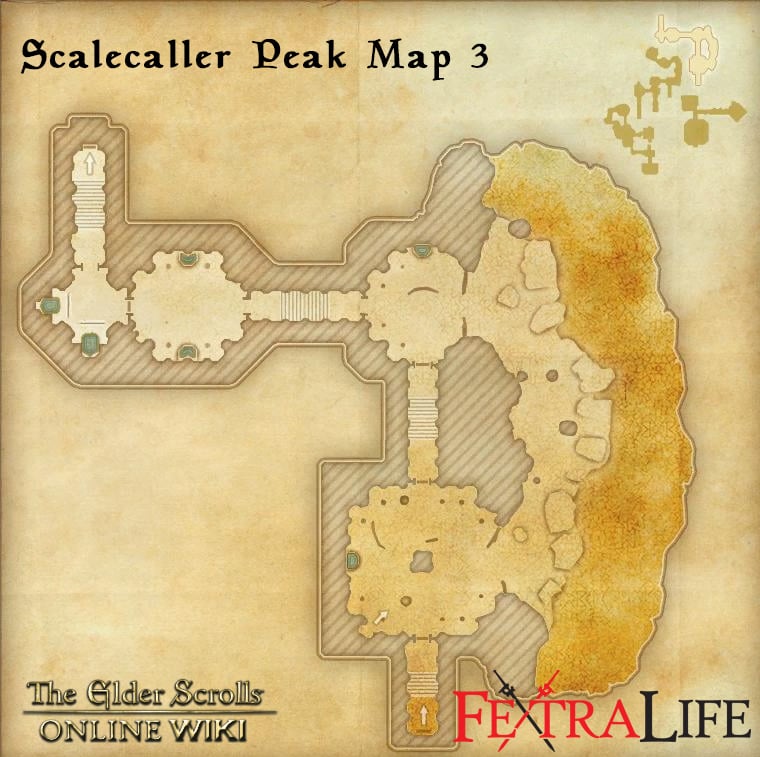 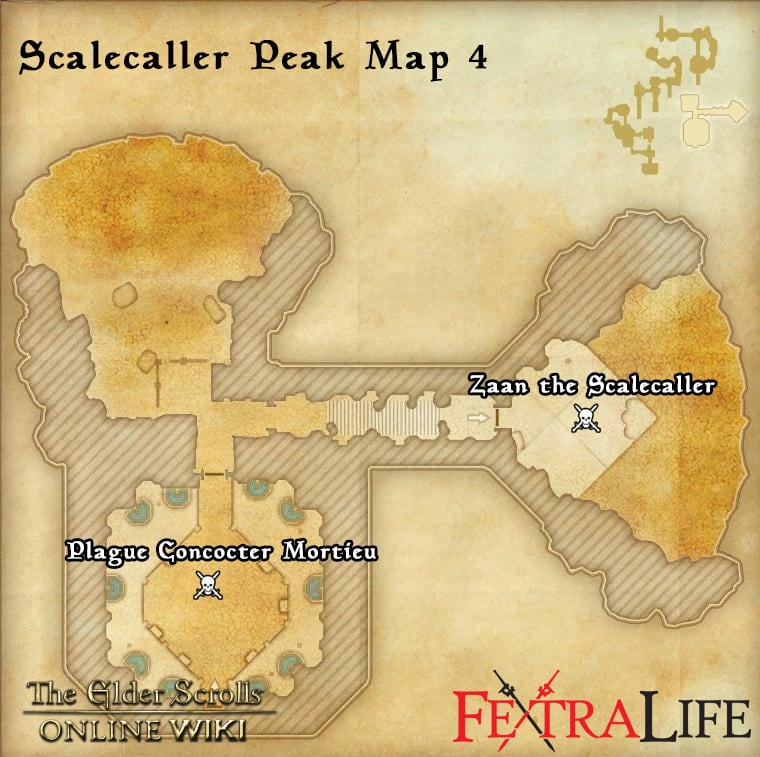