Icereach is a 4-player group dungeon located in northern Wrothgar in The Elder Scrolls Online (ESO). It is part of the Harrowstorm DLC. It features Normal and Veteran Modes. Players can use the Group & Activity Finder tool to easily find groups to tackle this dungeon with.

Strategy: Kjarg the Tuskscraper will be your first obstacle in Icereach, and can surprise players as it takes a long time to kill. The good news is that Kjarg is more of a bullet sponge than anything else, and will mostly deal single target damage to the aggro target (who should be the tank).

For the Tank: Your tank should keep aggro on the boss and take advantage of its limited mobility so other players can easily navigate the arena. Kjar will do a hammer pound attack that pops ice spikes from the ground in front of him. The animation tracks him lifting his hammer before the attack - so use this as your cue to get behind him!.

For the DPS, the main point of focus should be to kill the Ice Atronachs as soon as they spawn in order to minimize enemies and damage taken. Other damage to watch out for comes from an ice twister that tracks a player. This mechanic is similar to other dungeons so it's easy to kite the AOE away from other players and, most importantly away from the tank and boss. Be mindful that the hammer pound attack may also hit you, so positioning is important throughout the fight.

Tank and Healer: Kjarg can become enraged, during which time damage will be a lot higher than usual. The tank can kite the boss during this phase, but be mindful not to position him in a path that may get the DPS caught on its frontal AOE

Strategy: Sister Skelga is the 2nd boss of Icereach. Featuring a lot less health and much more mobility than the previous boss, Skelga will teleport around the area quite a lot, forcing your team to keep track of her movements.

For the Tank: Similar to Kjarg, Sister Skelga also has an attack that summons ice AOEs, you can avoid it by standing behind her. The attack can be healed through, but don't push your healer's luck too much. Sister Skelga will also use a dark tether that drains the tank, be mindful that any attempt to cleanse this effect will result in damage!

For the DPS: As with many dungeons before, stranglers will spawn and deal with heavy ice damage if not handled. The twist for this dungeons is that they have a shield, that you must dispel with FIRE damage. Taking care of this should be the first priority for this fight, in order to be overwhelmed by invincible stranglers. Your second priority should be to make sure you don't get caught in the frontal AOE from the boss.

Strategy: Vearogh the Shambler the third boss in Icereach.

For the Tank: As with most Flesh Atronachs, Vearogh is quite slow. Tanking is pretty straight forward - you should expect to take damage and stay mobile as this is a fight with many spawns.

For the DPS: Position yourself behind the boss, and take notice of the summoning circles in the arena. Wraiths will spawn and they should be the first priority for this fight, followed by skeletons that will drain your resources. For the boss, you can easily avoid the fire AOE it does and stay relatively behind it to get sustained DPS on the target.

Strategy: The Stormborn Revenant is the fourth boss of Icereach Dungeon

For the Tank: This is a very mobile fight for your team as there are a lot of AOE attacks going off. The most important focus for the tank should be to avoid the heavy attack from the boss as it can easily eat through your health. Savvy tanks will know if a dodge-roll or a block will work best for them, new tanks should just roll out of the way!

For the DPS: As with other fights, the adds are the priority. There will be Storm Atronachs spawning around the arena, make sure to prioritize them as they buff the boss and that will spell doom to your party. Besides that, there are boss AOEs to be mindful of, so it's best to fight near the healer. Be ready for the boss's special attack by saving up your heals and special defensive skills!

For the Healer: Save your ultimate for the moment the Stormborn Revenant goes to the middle of the arena to summon an ice storm. The party should all group up to heal through this damage, so this is the moment to use your most powerful heals!

Strategy: Mother Ciannait and the Members of the Coven is the last boss of the Icereach Dungeon.

For the Tank: This is a messy fight for the tank but you can focus on keeping the DPS free to do their thing.

For the DPS: Follow the kill order and focus on defeating Ciannait as soon as she is available, but be particularly mindful of boss heavy attacks, fire AOE and the shock splashes on the ground

For the Healer: Expect sustained damage to your team and spike damage on targets.

Kill Order: Before facing Mother Ciannait, you'll have to defeat the members of the coven. They will all be protected by special shields so you must fight each of them in order. Be careful as their damage is significant and your team will be taking damage throughout the fight accordingly. The order is as follows:

Important: Interrupts! You must interrupt their channels as much as possible, via bash or other.

Upon succeeding in dealing enough damage towards the sisters, Mother Ciannait will appear in the middle of the area and she'll cast a black orb that grows over time. Thankfully Ciannait doesn't have as much health and will take heavy damage from Sister Hiti's AoE, but she should be your first kill priority. After the battle, talk to Lyris Titanborn to finish the quest. 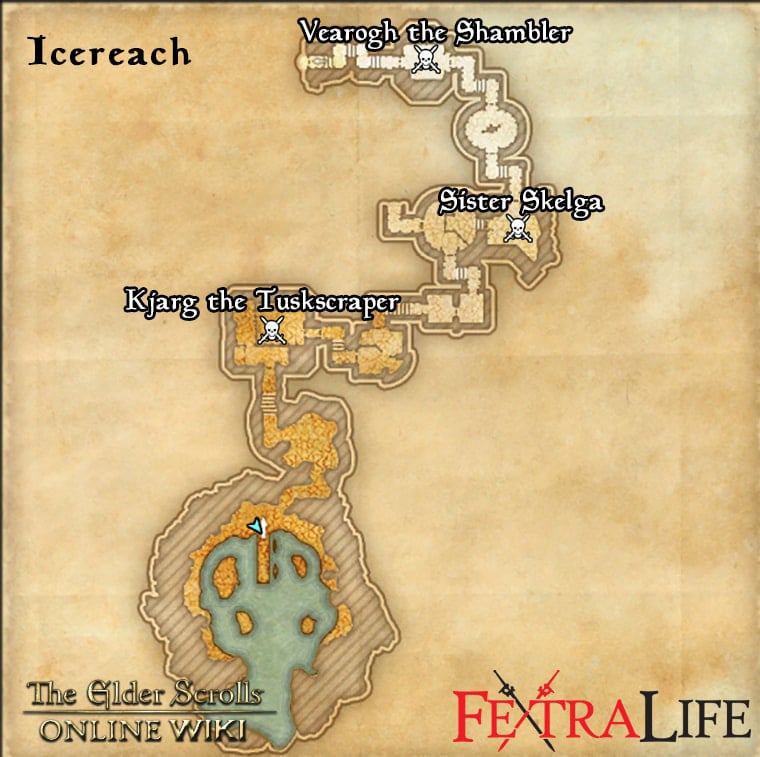 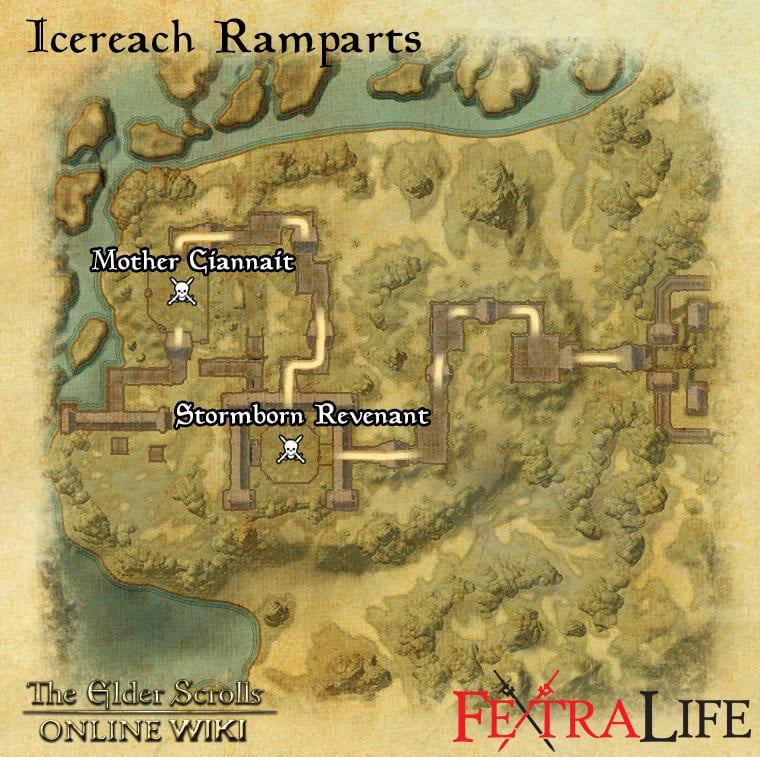