Black Drake Villa is a 4-player group dungeon located in the northern Gold Coast, with the entrance east of the Dark Brotherhood Sanctuary in The Elder Scrolls Online (ESO). It is part of the Flames of Ambition DLC. It features Normal and Veteran Modes. Players can use the Group & Activity Finder tool to easily find groups to tackle this dungeon with.

Tucked away in the northern Gold Coast sits an abandoned villa built as a retreat for former Emperor Durcorach, the Black Drake. Rumors tell of a vast library deep below that holds knowledge pillaged from across Tamriel. Hired by a mysterious benefactor, Eveli Sharp-Arrow arrives in search of a valuable book and a little adventure, but she soon discovers someone has set fire to the underground archive. Join Eveli in a race to find the book and defeat the forces behind the consuming blaze.

This is a challenging dungeon in Veteran mode. Players should form a well-geared party at endgame level. Please consult our Endgame Guides page for tips on endgame progession, gearing, etc. 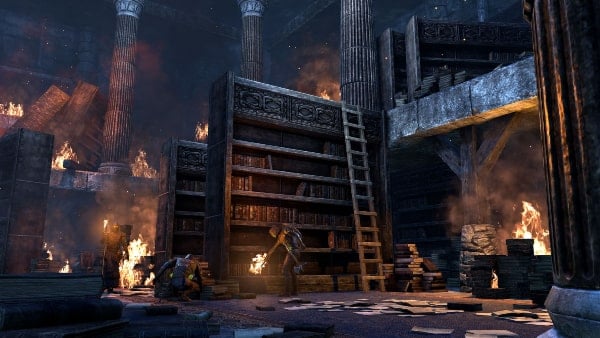 Black Drake Villa is a fire-themed dungeon that consists of three large main areas and four boss chambers with plenty of trash mobs in between. The dungeon contains 3 main bosses as well as 4 secret bosses that require some exploration and puzzle-solving to find. Defeating the secret bosses isn't required to complete the dungeon, but they present the players with extra challenges and loot. Please see the Secret Bosses section of this page for a guide on how to find them. Each of the main bosses also have a Hard Mode that can be activated by raising the Challenge Banner found in their respective boss chambers, usually next to the entrance.

The dungeon also employs two special mechanics to aid the players throughout: 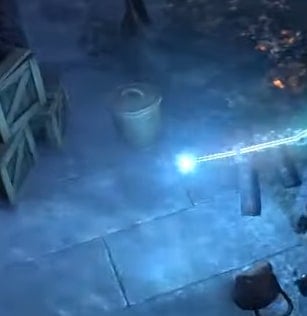 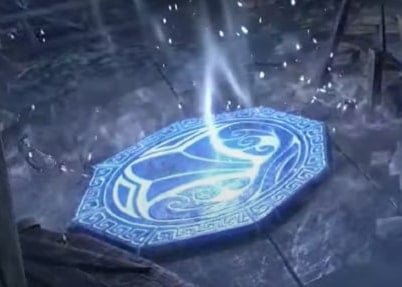 These are wisps found throughout the dungeon. When you approach them, they may jolt around and move to a different location. Collecting these fragments are the key to unlocking the final secret boss. Additionally, the buffs granted by defeating the first three secret bosses are improved the more fragments you collect.

Delving further into the dungeon, you may come across large plates on the ground with a glyph carved onto them. These are Ice Avatar synergy plates which become active if you have 150 Ultimate Energy available. Activating the synergy consumes your ultimate and transforms you into a powerful Ice Avatar, temporarily granting you the following bonuses:

Additionally, you are granted use of the Whiteout synergy, freezing all enemies in place for a short duration as well as healing and reviving dead allies instantly. This powerful ability will also work on bosses and is invaluable in Hard Mode where you can get overwhelmed by mechanics. Finally, if you collect an Avatar Fragment whilst transformed into an Avatar, you will summon a Frostkin to fight alongside you for a short duration. Note that there is at least one Avatar Synergy plate in each of the main bosses' chambers so use this powerful form if you are having trouble dealing with the encounters. 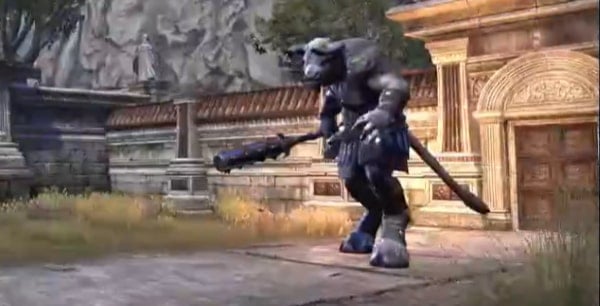 Kinras Ironeye is the first main boss encounter of Black Drake Villa. He is a Minotaur that fights with a large spiked mace and utilizes many fire-based attacks. Kinras will also command the salamanders that spawn to empower him, boosting his damage output for all attacks.

Kinras will begin the fight armed with his mace and will have an unarmed phase twice at roughly 75% and 30% Health respectively. He uses certain attacks only during his unarmed phase, which will be marked below. Note that most of his other mechanics are in play regardless of his unarmed state.

Captain Geminus serves as the second boss encounter of Black Drake Villa. She is a ranger captain and fights with a bow and daggers while utilizing a lot of lightning-based skills. She also creates shades of herself regularly to harass the group.

Pyroturge Encratis is the main final boss of Black Drake Villa. He is a humanoid fighter that primarily uses unarmed melee attacks and fiery spells. He will periodically engulf the entire room in flames, leaving just a small patch as a safezone. During his second phase, Encratis gains an entire moveset that makes him even more dangerous.

Black Drake Villa has four secret bosses hidden all around the dungeon. These are the Avatars of Zeal, Vigor and Fortitude, and the final boss Sentinel Aksalaz. Finding each boss requires some puzzle solving involving pressure plates, levers and Guardian Orbs. These are large glowing orbs placed on bowl-like receptacles found in the inner areas of the dungeon. The Guardian Orb puzzles usually require you to complete a set of four in order to open a secret entrance.

As noted in this guide, the Avatar Fragments are tied to the secret bosses in a big way as players will need to collect 30 fragments each for a total of 120 Avatar Fragments in order to unlock the boss fight for Sentinel Aksalaz. Defeating each of the Avatar bosses will generate two fragments in their caves and cause additional fragments to spawn in the main areas outside their chambers. Be sure to explore preceding areas thoroughly, including the main boss chambers after defeating an avatar.

Moreover, defeating each of the Avatar bosses will grant a powerful buff that persists through your current run of the dungeon. Each buff is also improved further by the amount of Avatar Fragments as follows:

This boss is available immediately after entering the Estate Grounds, the very first area of Black Drake Villa. It's a good idea to clear the area of trash mobs beforehand. Located around the map are four pressure plates, one for each player to stand on. Doing this will unlock a hatch located a little further ahead from the northeast pressure plate: 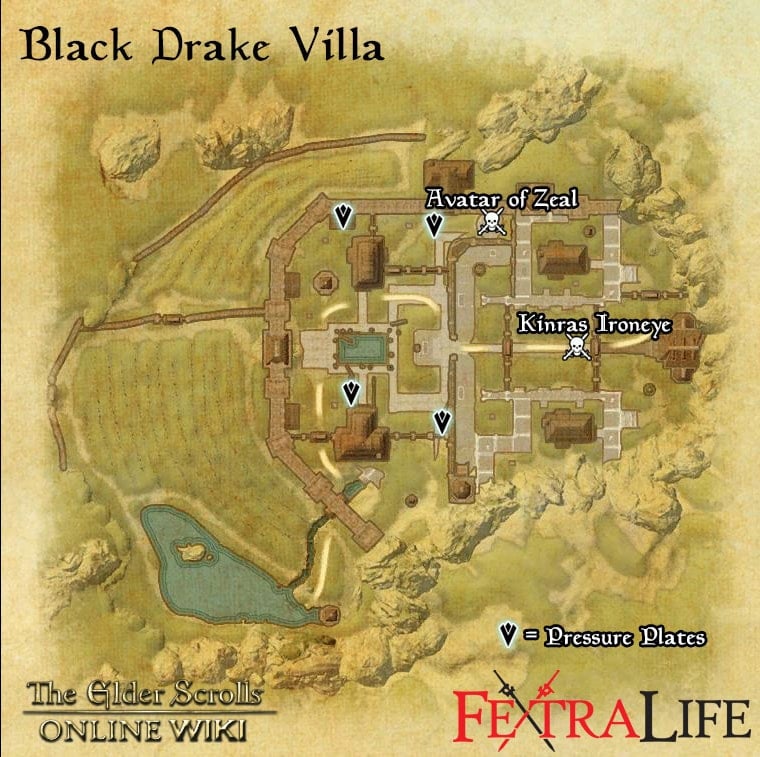 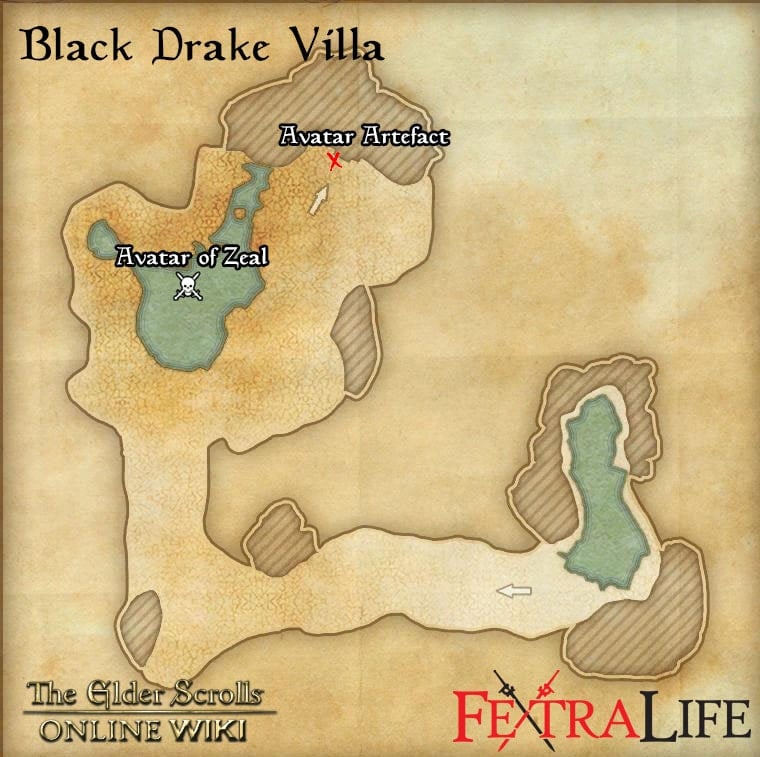 Head down the hatch and follow the cave all the way. At the end, you will find a large stone monolith called an Avatar Artefact. Activate this to begin the boss encounter. 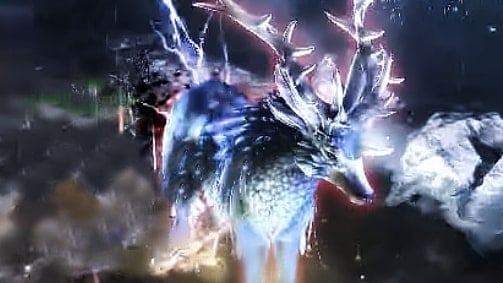 The Avatar fights are more akin to mini-bosses than full-on boss encounters. They feature minimal mechanics and are not overly dangerous, but players should take note anyway as they make appearances during the final secret boss encounter. The Avatar of Zeal is a special Indrik opponent that uses ice-based attacks and spells.

The next Avatar is available shortly after beating Kinras Ironeye and entering the Grand Archive. After fighting your way through the first area, you will come across a room with four statues. Two of the statues will have glowing orbs in front of them. These are the Guardian Orbs. The other two will have empty bowls. You will need to find the remaining orbs to uncover the secret cave. 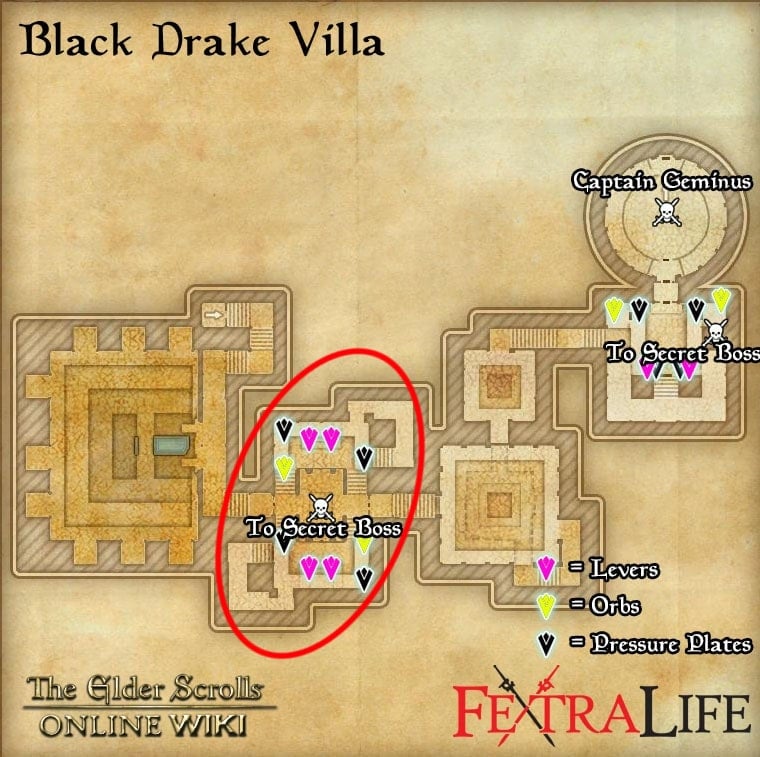 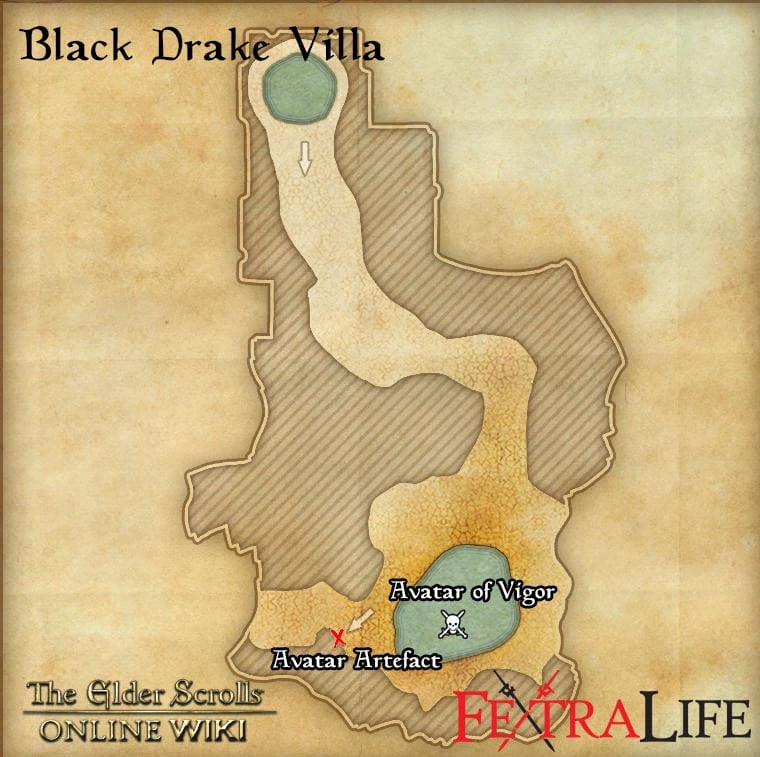 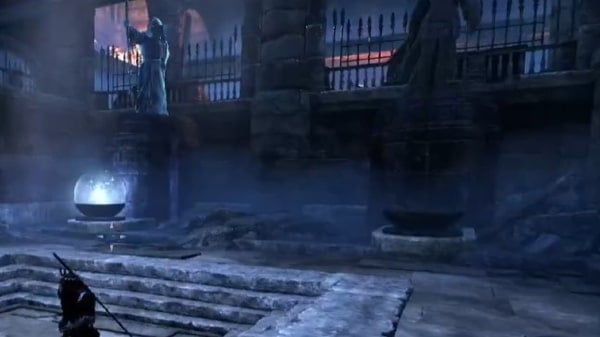 Near the entrance to this room are a set of stairs on either side. Your group should split into two pairs, taking each side. The areas above are identical on both sides and require the same process to proceed. You will find a couple of levers and a locked gate to the side. Have two players pull on the levers simultaneously and enter the now unlocked gates. Upstairs, you will find a set of burning book cases and another set on the other side of the area. Look for the pressure plates in front of these book cases. Have both players stand on both to uncover the Guardian orb nearby.

Pick up the orbs from both sides and bring them back into the central room. Place both orbs in the empty bowls and a pathway in the very center of the room should open up. Jump down and follow the cave to the end, activating the monolith to begin the boss encounter. 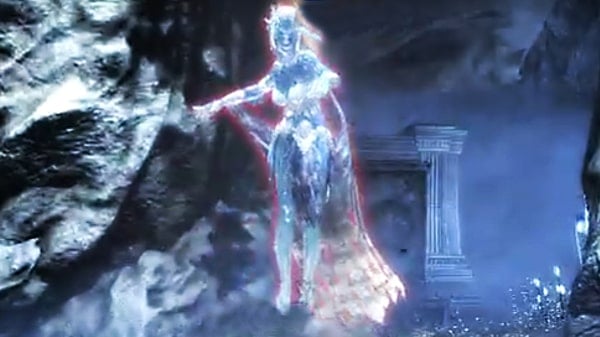 The Avatar of Vigor follows the similar tank and spank mechanics as the previous avatar. Simply keep her turned away and block her heavy attack.

The final Avatar is found just before the Captain Geminus boss fight. Right before her chamber is a large room with two statues and a locked gate on the opposite side. In front of the locked gate are two pressure plates and two levers. Pull on the levers simultaneously to unlock the gate. This gate leads up to pathways to the balconies on either side of the statue room. 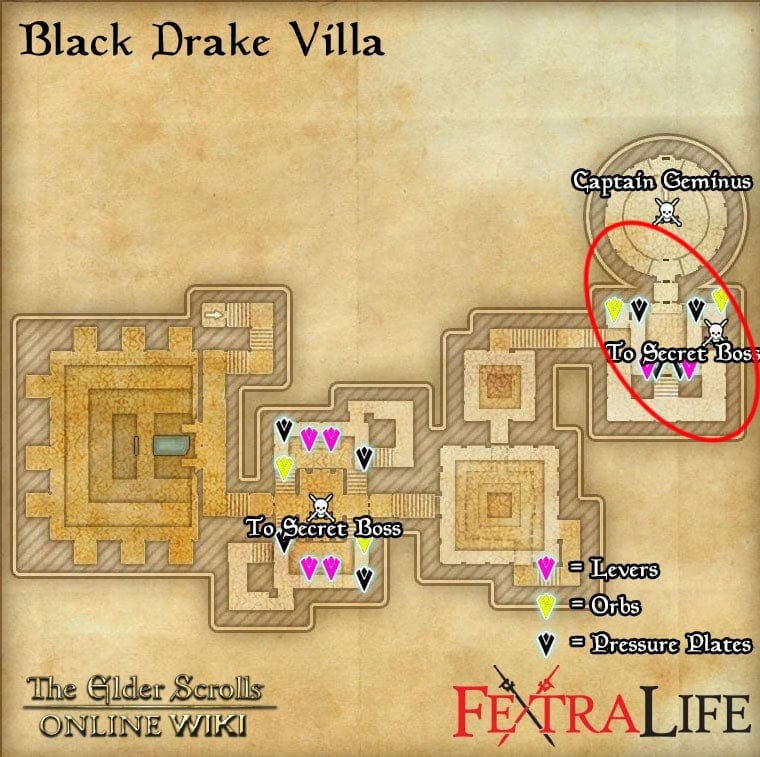 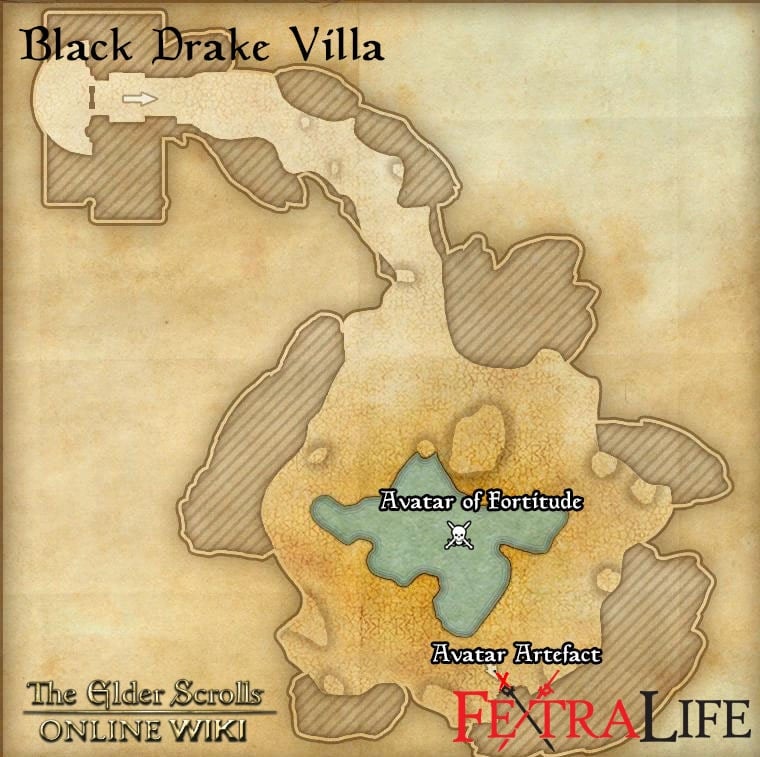 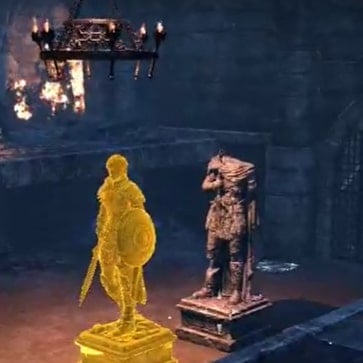 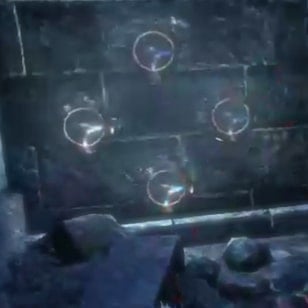 Again, split up into groups of two and take the path to each balcony. At the end of each balcony is a small locked room containing an orb. In front of the gate is a pressure plate. Have one person stand on each pressure plate. This should cause the statues to light up and if you look at the wall on the entrance side of the balcony, there should be some strange pads that have become active. These will allow you to control the statues. Have the other person use the controls to move the statues below onto the pressure plates by the first gate. This will unlock the gates on the balconies, allowing your team to pick up the orbs. Bring the orbs down to the main floor and place them in the empty bowls next to the bookcase. This will uncover the secret pathway behind the bookcase leading up to the boss. 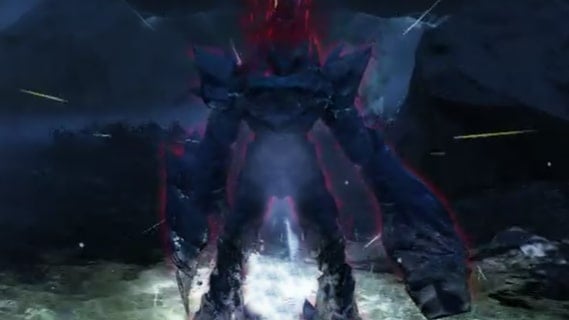 The Avatar of Fortitude is a souped up version of a Frost Atronach. It uses primarily melee attacks and the fight plays out pretty much the same as the other avatars.

This boss has several requirements in order to unlock:

When all three conditions are met, find the Avatar Artefact in the final boss chamber where you fought Pyroturge Encratis. It's in the northwest corner of the room, up some steps from the arena's outer ring. 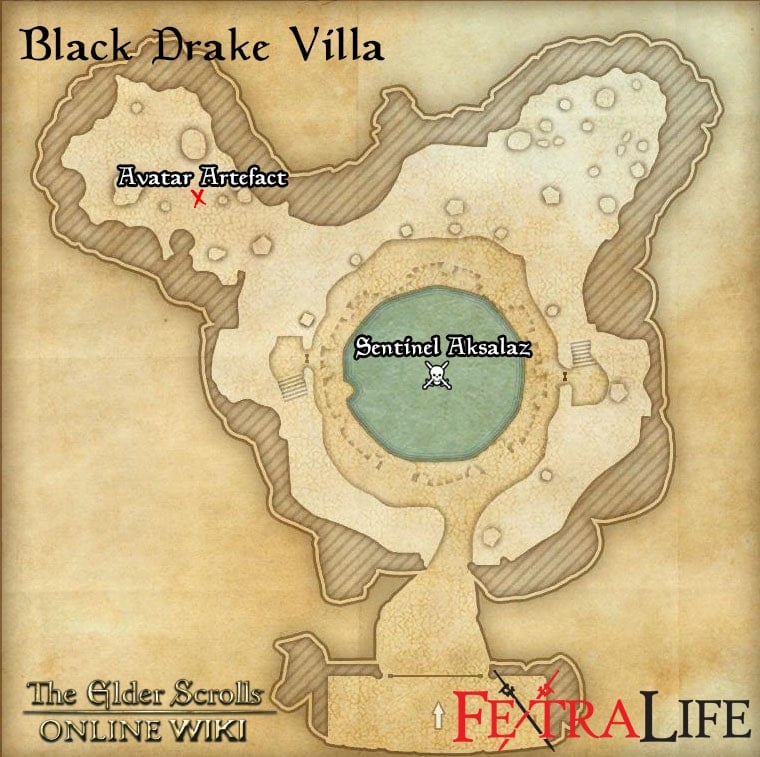 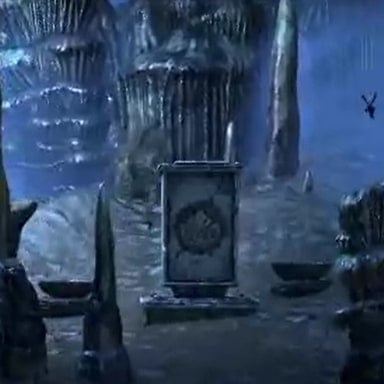 There are four orb receptacles to the sides of the Artefact and this is where those fragments come in. Have each player examine the Avatar Artefact to deposit your fragments. Every 30 fragments deposited spawns an orb in each receptacle. Once all four receptacles are filled, the boss spawns in the middle pit of the arena.

Warning: You have four attempts on Sentinel Aksalaz per run. Otherwise, he leaves and you will need to run the entire dungeon again for another chance at beating him so make sure your party is well prepared and you've gone over the mechanics and specific roles of each player.

Defeating Sentinel Aksalaz will reward you with 2 chests of additional loot, or 3 on hard mode. Among the possible rewards is the Relic of the Sentinel, an item that you can use in subsequent runs of Black Drake Villa to reveal hidden treasure, providing even more chances at additional loot. 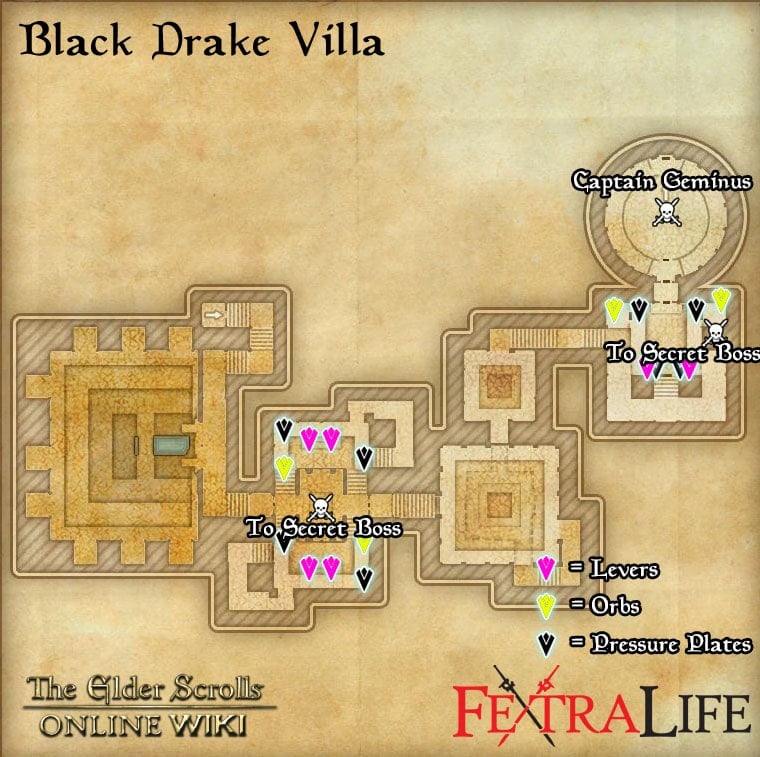 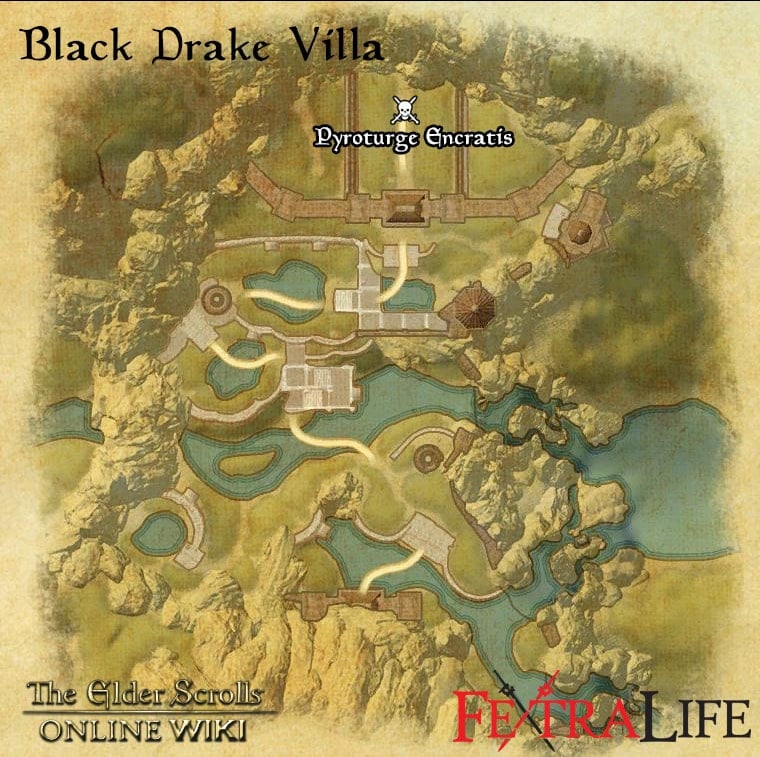