Stalhrim Frostcaster Style is a craftable armor and weapon style in Elder Scrolls Online. This Style is divided into several motif book chapters: one for each weapon type and one for each armor piece and can be found in the Crown Store only. It is only available during The New Life Festival.

Where to get Stalhrim Frostcaster Motif 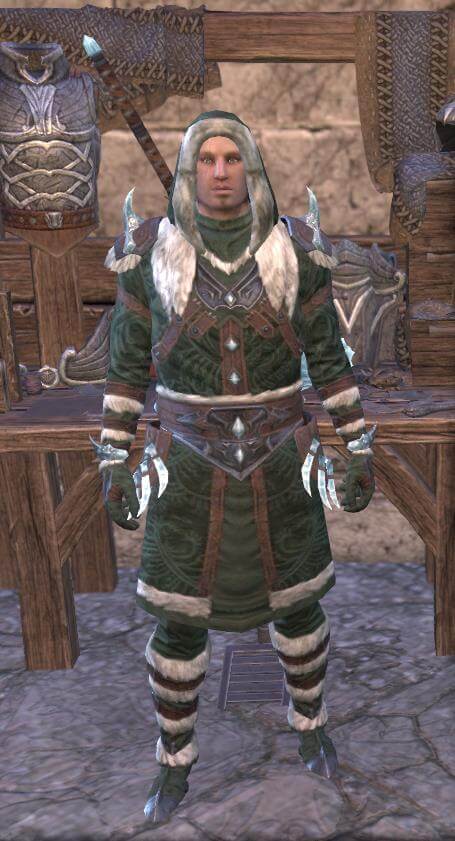 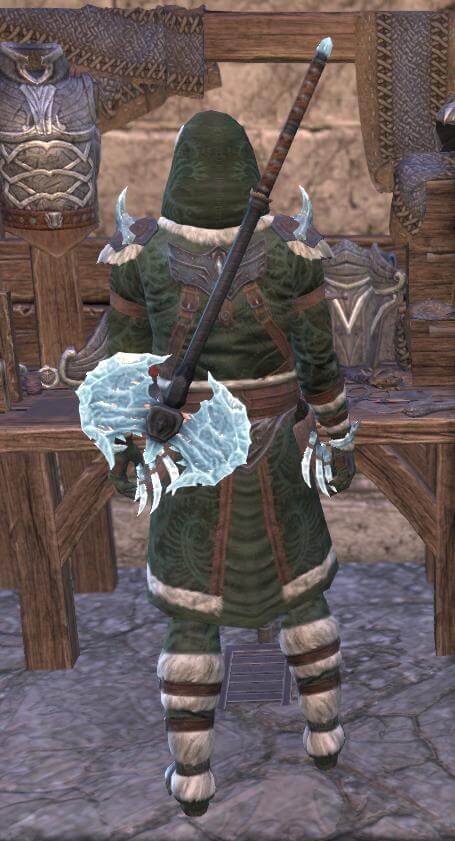 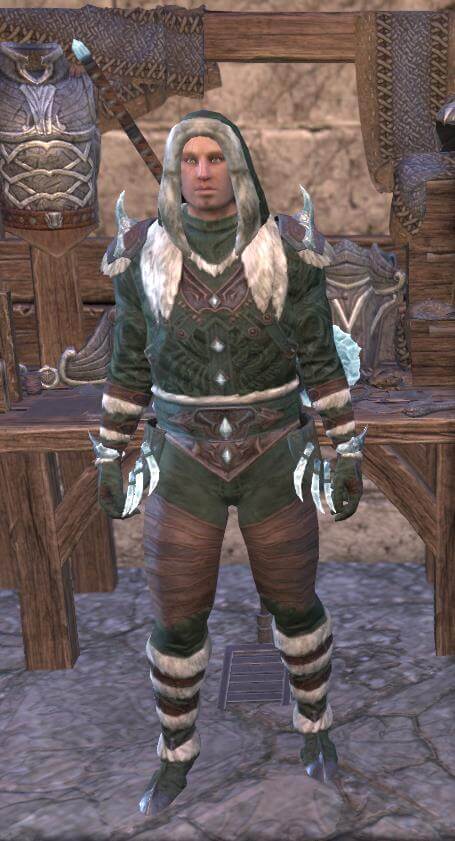 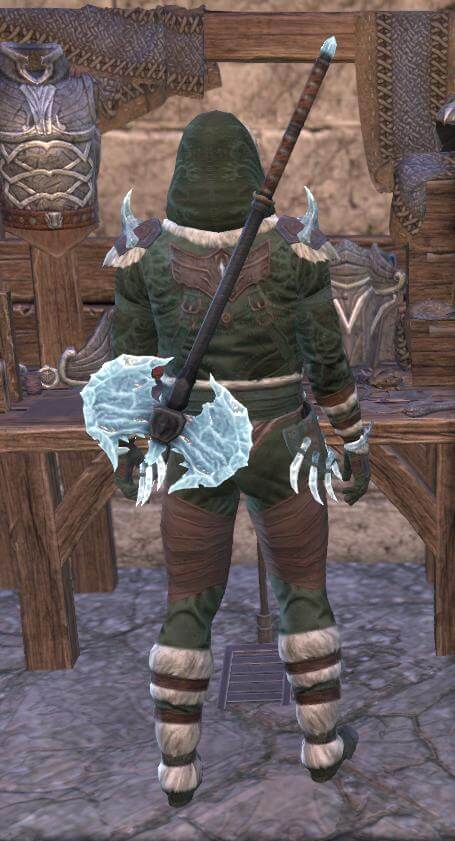 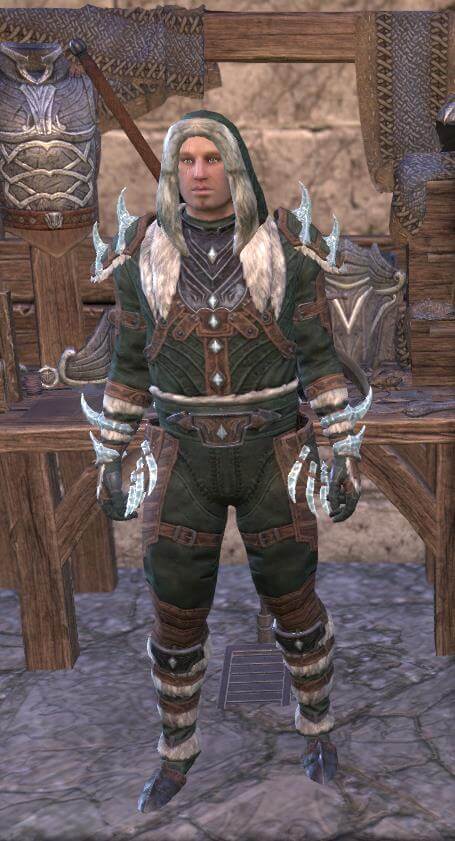 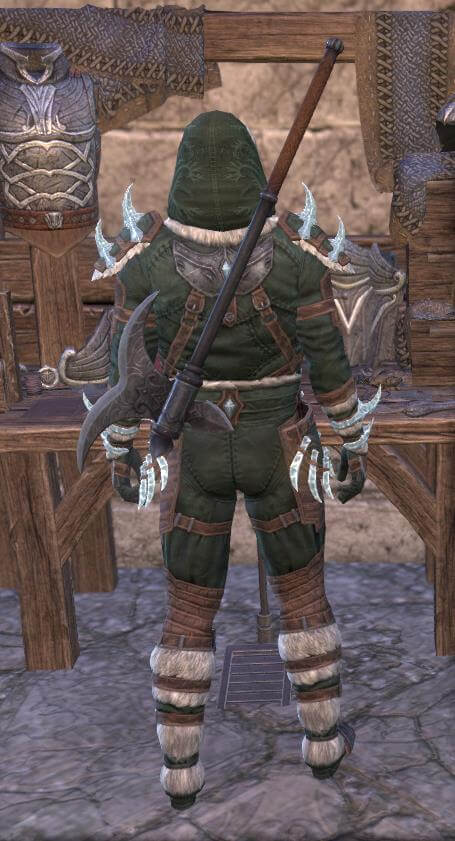 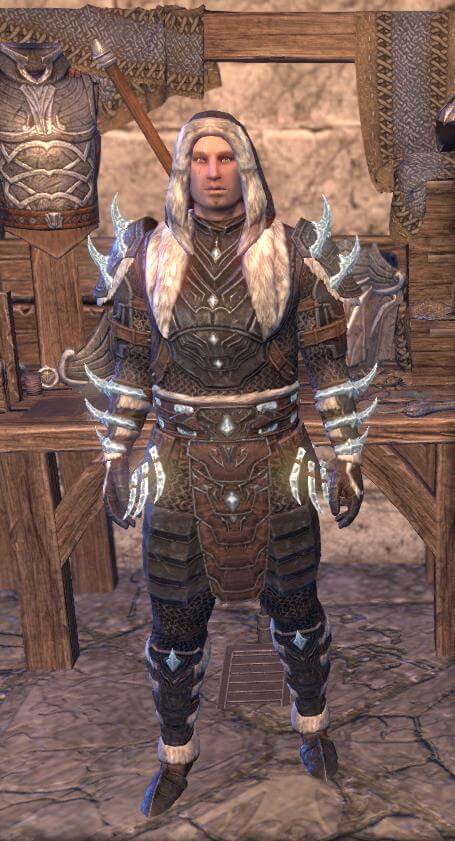 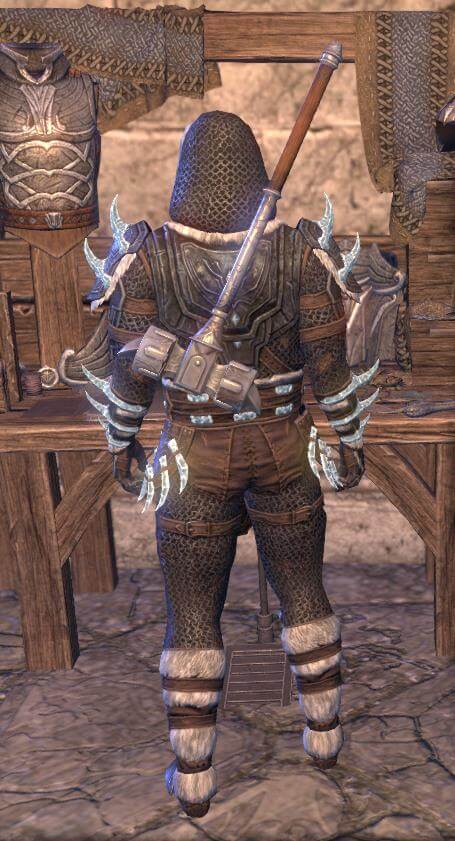 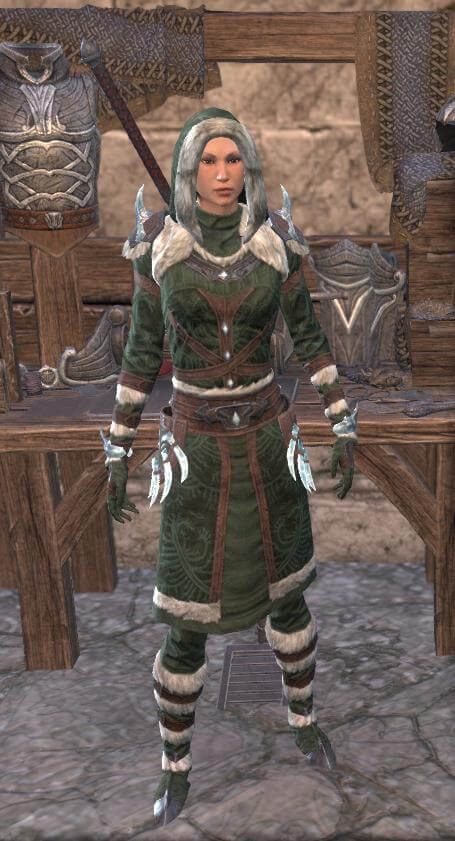 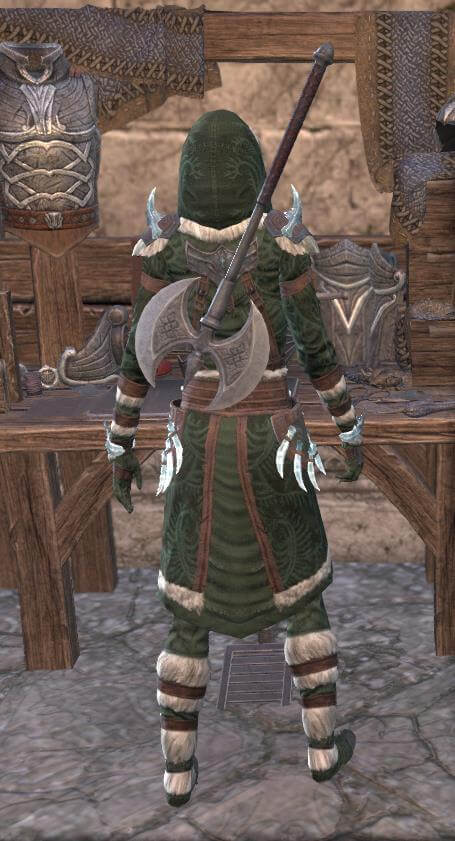 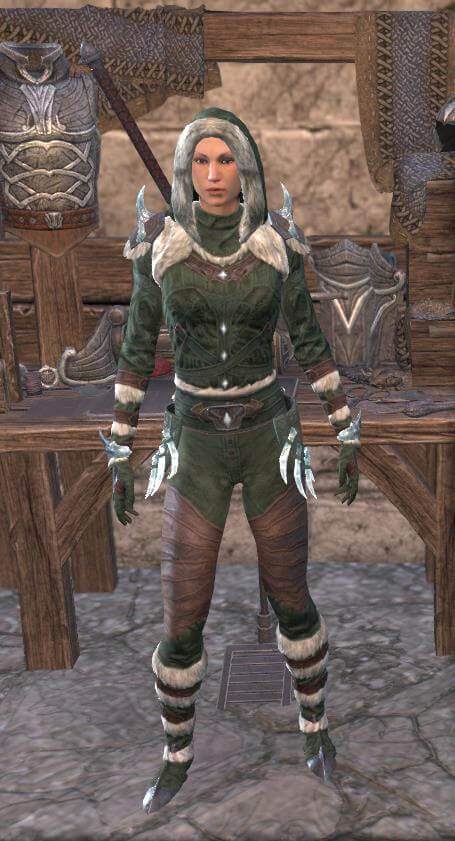 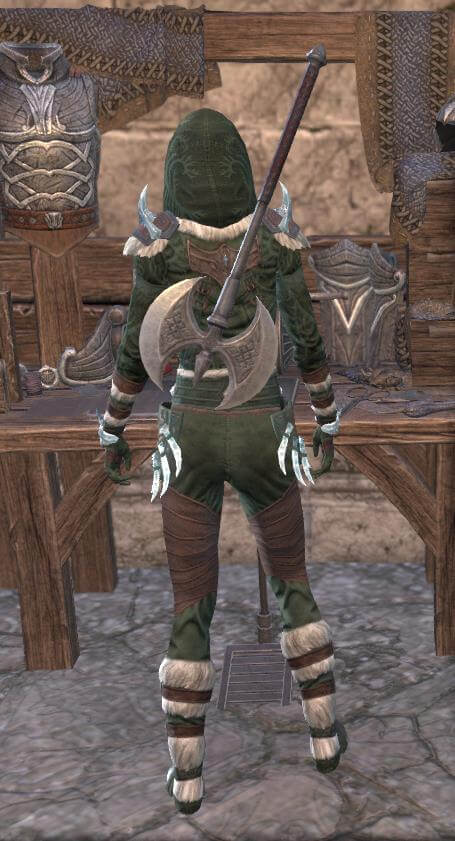 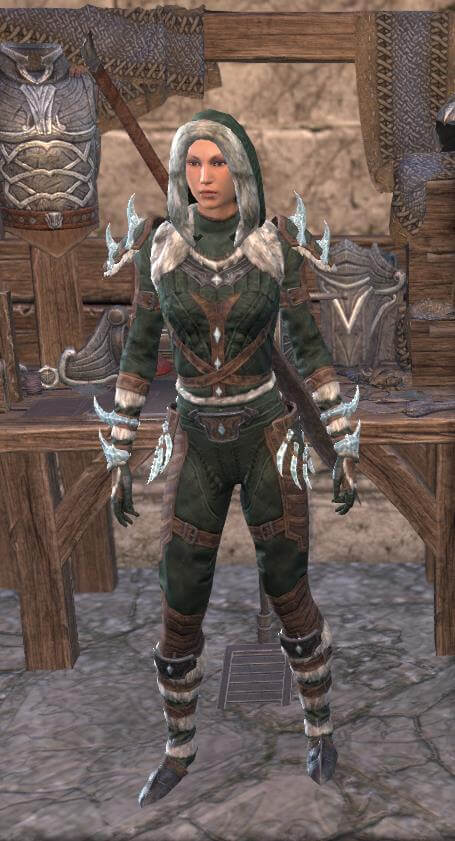 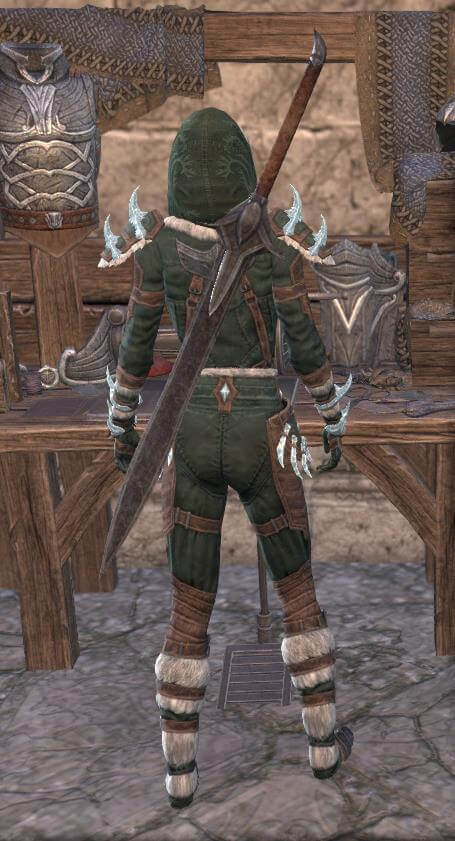 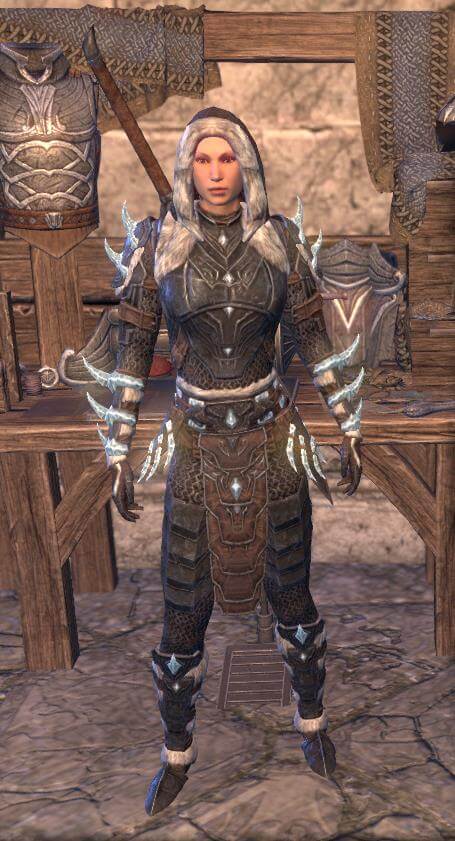 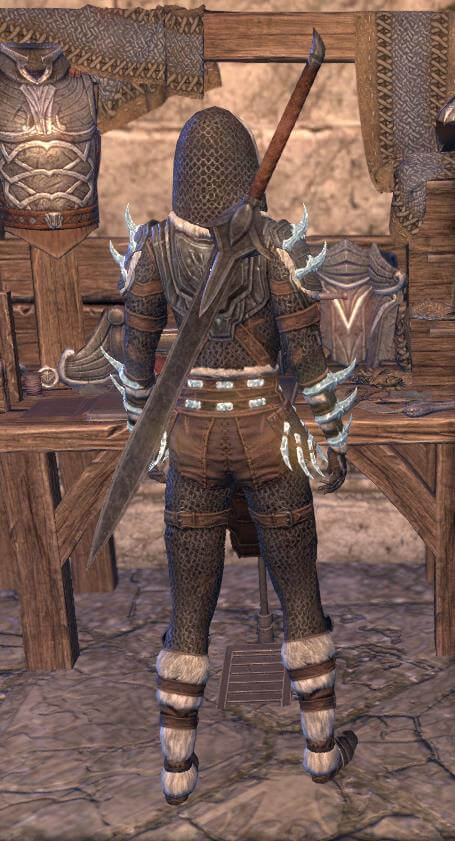 …After meeting King Logrolf, I took the time to examine a display of clothing from the many subcultures of Skyrim, which it seems is home to other peoples than just those mainstream Nords so well-known across northern Tamriel. Some of these cultures still wallow in barbarism, such as the clans of the Reachmen, famous—or rather infamous—for their savage raids over the northern borders. But I also came across the clothing of a culture previously unknown to me, that of the Skaal, who inhabit an island in the Sea of Ghosts named Solstheim (I hope I've spelled that right—my notes were taken in haste).

Unlike the Reachmen, racially the Skaal are Nords, but they differ from their continental cousins, who were among the first foreigners to adopt the worship of the Eight Divines, in that the Skaal still cling to a primitive monotheism, venerating a single creator they call "the All-Maker." At least some of the shamans of this ancient faith specialize in Frost Magic, and are called "Frostcasters." (All this is according to the information inscribed on a tablet next to the clothing display.)

The most curious aspect of this Frostcaster clothing was its extensive use of an unfamiliar translucent blue-white material labeled "Stalhrim," a sort of crystalline metal unlike anything I've ever seen. It was so strange that, after checking to make sure no one was paying any attention to what I was doing, I laid hands upon it, rubbing and tapping. It was rigid, faceted yet smooth, and gave off a distinct chill, despite the heat from the Embassy's roaring log fires. I was fascinated, and went so far as to try to scratch this Stahlrim [sic] with a nail file from my clutch—to no effect whatsoever. And this gave me pause: for could a culture described as being "barbaric" have produced an armor material that even steel couldn't scratch?