This DLC adds 2 new Group Dungeons, and new Flames of Ambition Sets. It costs 1500 crowns and is free with ESO Plus

What is the Flames of Ambition DLC?

The adventure begins in the first DLC for the Gates of Oblivion expansion which is the Flames of Ambition. In this DLC, players can find two exciting new PvE challenges to Tamriel: The Cauldron and Black Drake Villa. And in these challenging new dungeons, you must assault a shrine to the Prince of Destruction and race to uncover a mysterious tome before it is lost to fire and ash.

Players will also be joined by fan-favorite characters such as Eveli Sharp-Arrow (Orsinium DLC) and the outcast Dremora Lyranth (Imperial City DLC), plus have an opportunity to earn unique rewards including powerful new items and fantastic collectibles. All these discoveries within these two dungeons will set up and follow the events for the Blackwood Chapter.

The Gates of Oblivion Begins

The epic Gates of Oblivion adventure opens wide with new dungeons that reveal the threat of Mehrunes Dagon and lead directly to the Blackwood Chapter.

Remnants from the Deadlands 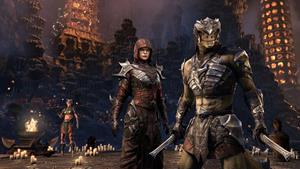 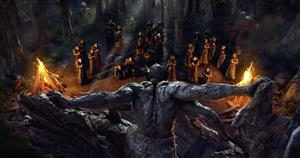 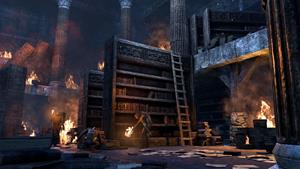