Morrowind is a DLC chapter for the Elder Scrolls Online (ESO). It launched on June 6th, 2017 for the PlayStation®4, Xbox One, and PC. As of 2019, purchasing the base game includes the Morrowind chapter for free. Players who owned the base game without Morrowind can access it as part of ESO Plus. The DLC adds Morrowind Sets, the Vvanderfell zone, Battlegrounds and a new class: the Warden, which can be purchased independently as well.

Larger than any DLC released to date and with a fully new tutorial as well as new Player Housing and a new Trial: The Halls of Fabrication, this is a New Elder Scrolls Online Chapter For Everyone.

The Elder Scrolls Online: Morrowind redefines the traditional MMO expansion by delivering vast new content and features that are equally accessible and fun for both existing and new ESO players.

New Players: New players can jump into The Elder Scrolls Online: Morrowind and start a new character without having to complete any previous ESO content. And, since the original ESO game is included with The Elder Scrolls Online: Morrowind, new players will have instant access to hundreds of hours of additional adventures throughout Tamriel.
Existing Players: ESO veterans will be able to upgrade and immediately journey to Vvardenfell to start the new epic adventure. With the power of October’s One Tamriel update, existing players will find level-appropriate content from the moment they step onto the island of Vvardenfell, regardless of level. Existing players can also choose to create a new character and begin anew.
Haven’t played ESO in a while?: The Elder Scrolls Online: Morrowind is a great chance to jump back in with your existing characters, or with a completely new one. Because ESO has no required subscription, you can just reinstall the game, log in, and start playing again.

Vvardenfell is the largest zone added to The Elder Scrolls Online since launch and utilizes the same geographic footprint as The Elder Scrolls III, including all key points of interest from the classic game.  Players will embark on a dangerous journey through legendary locales in Vvardenfell, 700 years before the events of The Elder Scrolls III, from the docks of Seyda Neen to the volcanic Ashland, to dense, mushroom-filled forests, and through the glory of Vivec City, still under construction in this time period.

Players will harness nature-based magic to master the powerful new character class - The Warden. The Warden is the first new class since the launch of ESO, and true to ESO and the Elder Scrolls franchise, the player will have the freedom to select from a number of abilities that enable a variety of play styles. The Warden also introduces a devastating new combat ally – the War Bear – a ferocious fighter will stay by the Warden’s side through the most intense battles.

Set roughly 700 years prior to the events of The Elder Scrolls III, The Elder Scrolls Online: Morrowind will take gamers on a sweeping adventure through the legendary Vvardenfell, featuring iconic locations, characters, and storylines that will instil nostalgia with longtime Elder Scrolls fans and extend ESO’s narrative into a new chapter. Morrowind is in dire peril and it’s up to player heroes to help Vivec, the legendary warrior-poet, and Guardian of Vvardenfell, solve the mystery of his mysterious illness, regain his strength – and save the world from ultimate destruction.

The Elder Scrolls Online is renowned for open world PvP battles, pitting hundreds of players in a massive battle for supremacy in Cyrodiil. The Elder Scrolls Online: Morrowind will introduce a new PvP mode – Battlegrounds – intense 4v4v4 battles in arena-like environments. Players take the battle to the Ashlands to claim their place among the fiercest and most accomplished combat veterans in Tamriel.

You can also check out a detailed explanation of the changes made for Morrowind below:

Morrowind cannot be bought in the Crown Store and must be purchased separately with cash in physical or digital form.

There will be a closed beta on the PC Public Test Server in a few weeks ahead of it’s June 6th release for PC, PS4, and Xbox One. Typically the Public Test Server content is open to any PC players, but for the expansion, they have chosen to make the Morrowind content on the PTS invite only through this beta.

Participation in previous Public Test Server cycles is going to be a primary determining factor for choosing invitees to this and future beta events so if you’re not selected and want to participate in future cycles, be sure to start using the PTS to test base game content. Those players chosen to participate will be notified via email and will be invited to a private forum area. Everyone who participates in this will be required to agree to an NDA upon entering the PTS.

The closed beta will include the entirety of Morrowind and Update 14 which includes:

PTS patch notes will be made public so everyone can see what’s being revised as they go. This is a massive expansion that will bring players back to the cherished area we first explored in The Elder Scrolls III. Thoughts on the upcoming beta and Morrowind expansion? We’ll have much more to come in the following weeks and months! 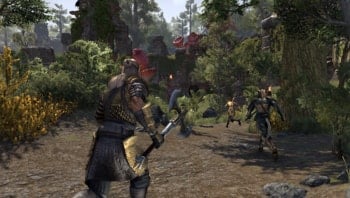 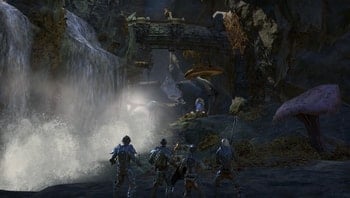 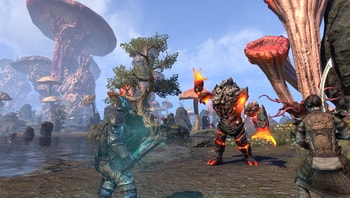 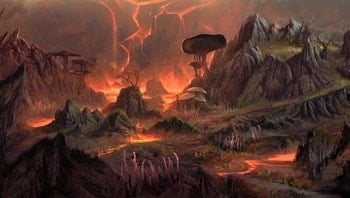 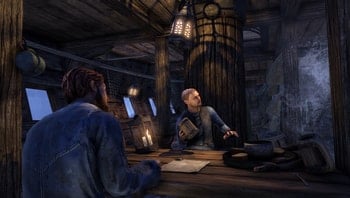 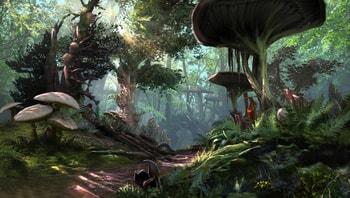