In addition to the DLC game pack, Update 16 brings a free base game update that includes a new Battlegrounds game mode (accessible to ESO: Morrowind owners only), Xbox One X support, and a host of additional base game fixes, updates, and additions.

What is the Clockwork City DLC ?

In the Clockwork City DLC game pack, you can enter Sotha Sil’s legendary creation and explore his mysterious mechanical world. Previously, you might have experienced a small part of the Clockwork City in The Elder Scrolls Online chapter update, ESO: Morrowind, or had visited the mechanical realm 700 years in the future in The Elder Scrolls III: Morrowind. However, with this new DLC game pack, you’ll be able to explore it like never before.

As you travel this new zone, you’ll discover a strange and unique environment where the buildings, creatures, and even some of the inhabitants are complex mechanical constructs. Central to this new zone is the Brass Fortress, your primary hub location. There, you’ll find merchants, crafting stations, and important NPCs. While the Brass Fortress might be relatively safe for travelers, as you venture beyond its walls, you’ll find yourself in constant peril thanks to wild Fabricants and other dangers. The mechanical constructs of Sotha Sil are rarely hospitable to mortals!

In addition to exploration, there are many challenges for brave adventurers. You’ll find two menacing World Bosses to defeat, two mysterious Delves to explore, a new Trial to conquer, and a host of standalone and daily quests that will reward you with new and unique set items, Motif Chapters, collectibles, and more!

A shadowy conflict between Daedric Princes is unfolding in Oblivion, and just as you might have found in ESO: Morrowind  and the Orsinium DLC game pack, Clockwork City will continue to offer you glimpses into this intrigue on other planes.

In this new adventure, you can experience an all-new, stand-alone story (similar in size to the main quest lines found in the Dark Brotherhood or Thieves Guild DLC game packs) that will see you travel to the heart of the mechanical realm.

In ESO: Morrowind, you were introduced to the living god Vivec and his struggles against an unknown assailant. This time, it’s his fellow Tribune Sotha Sil who finds himself beset by an unknown threat. It’s up to you to join the ancient Telvanni sorcerer Divayth Fyr, track down a powerful artifact, and expose a Daedric conspiracy that could forever change the nature of the Clockwork City, the Tribunal, and Tamriel itself.

The Clockwork City DLC game pack will also come with a new Trial for large, 12-player groups: the Asylum Sanctorium. An eerie clockwork sanitarium, the Asylum Sanctorium is a shorter Trial experience that pits your team against three mechanical bosses and promises to reward you with powerful Asylum Weapons.

This new Trial is unique in that your group will choose how and when to face each boss, helping to determine how challenging the experience will be. Dare you try to complete the Trial as quickly as possible and strike directly at the main boss? If you do, your team will have to deal with all three at the same time!

The ability to choose when you face each boss allows your group to customize the difficulty and speed of the Trial, and there are different rewards associated with the different ways it can be completed. This means that experienced speed-running guilds and newer public groups will both enjoy the Asylum Sanctorium in different ways, depending on their style of play.

As usual, the DLC releases in conjunction with a base game patch. Read this full explanation of what Update 16 means for players.

Responding to one of the most requested changes to the game, The Clockwork City DLC game pack and Update 16 also introduce the all-new Transmutation system, allowing you to change the traits on your gear, including weapons and armors.

In order to Transmute an item, you must locate a Transmutation station and have the item trait researched in your crafting Skill Line. This means if you’d like to add the Sharpened trait to your dagger, you must first ensure you have the ability to craft daggers with that trait. You’ll be able to find a Transmutation station in the heart of the Brass Fortress within the Clockwork City or acquire one for your home from a certain Master Writ merchant.

Included with the Clockwork City DLC game pack will be a free base game update that everybody can enjoy. Update 16 will include numerous fixes, balance changes, performance improvements, Xbox One X support, and additions such as a Trait Tracker system that will allow you to see whether or not you’ve researched the unique trait on an item.

You can also check out a detailed explanation of the changes made for the Clockwork City DLC below: 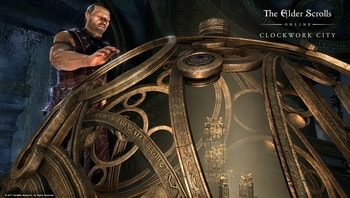 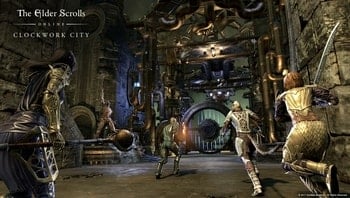 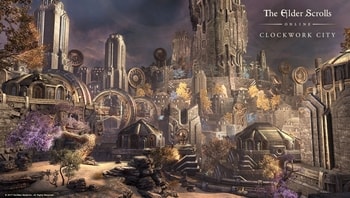 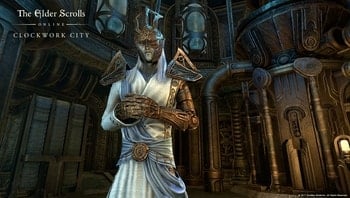 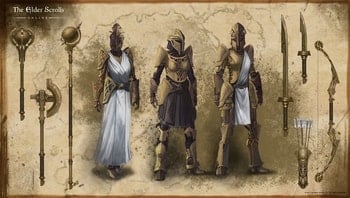 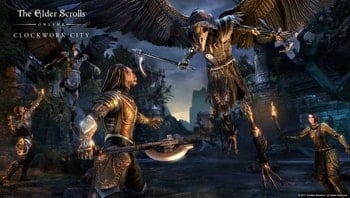