An eerie clockwork sanitarium, the Asylum Sanctorium is a shorter Trial experience that pits your team against three mechanical bosses and promises to reward you with powerful Asylum Weapons.

This new Trial is unique in that your group will choose how and when to face each boss, helping to determine how challenging the experience will be. Dare you try to complete the Trial as quickly as possible and strike directly at the main boss? If you do, your team will have to deal with all three at the same time!

The ability to choose when you face each boss allows your group to customize the difficulty and speed of the Trial, and there are different rewards associated with the different ways it can be completed. This means that experienced speed-running guilds and newer public groups will both enjoy the Asylum Sanctorium in different ways, depending on their style of play.

The Asylum Sanctorium Trial quest begins when you enter the dungeon. There are 3 bosses the team has to battle during the trial: Saint Felms, Saint Llothis and Saint Olms.

This Trial is made up of 2 Mini Bosses, Saint Llothis and Saint Felms who can be tackled in any order, as well as the final boss Saint Olms. Technically, only Saint Olms needs to be defeated to complete this Trial. However, leaving either one mini boss alive will cause them to join in the fight with Saint Olms and leaving both alive will have you dealing with all 3, making for the most difficult configuration of this Trial.

Saint Llothis can be found on the left path from the Asylum's entrance. He is a mechanical construct that uses a staff and poison attacks. Saint Llothis has the following notable mechanics:

This is a fairly simple fight with repeating mechanics. Positioning is the most important factor here. All players should be standing fairly close to the boss but not stacked on top of each other. It's best to have everyone in a semi-circle formation around the boss and ready to move out of the way of the player targeted by his cone attack. The cone is telegraphed by a green glow on his staff. Watch out for the Poison Bolt channel which should be interrupted immediately. In case the initial knockback hits, simply interrupt afterwards. The important thing is to not allow him to bombard the group with the bolts. Llothis will periodically teleport to one of three spots, leaving a poison cloud in his wake. This happens fairly quickly so watch out. The adds shouldn't present too much of a threat as long as you focus them down before they enrage and avoid the large AoE stomp when they begin floating in the air. Other than that, the fight and mechanics mostly repeat themselves.

Saint Felms is located in the right path from the Asylum's entrance. Similar to Llothis, he is large mechanical construct but wields an axe instead. The following are his notable mechanics:

Felms should be tanked against the wall in the center of the room and faced away from the group. Just like the Llothis fight, Felms will repeat the same three mechanics over and over. The challenge here comes from coordinating his two main attacks. Players baiting teleport strikes need to be on point with their blocking of the initial hit and repositioning outside of the circle. It's simply a matter of moving left and right between his jumps but it can get hectic if one mechanic is not addressed properly. For Manifest Wrath, all players aside from teleport bait and the tank need to maintain a tight stack directly behind the boss, moving out only when the wrath orbs are about to land. If the tank is targeted by one of the orbs, simply move to the side. Players should be wary of the AoE circles left by teleport strike and not move too far out of Manifest Wrath's impact zone. Given how small the arena is and how large the AoE circles from teleport strike are, this is the safest bet for succeeding with this mechanic. The only other thing to watch out for are the adds, which need to be prioritized. The boss does not have an enrage mechanic and you can take as long as you need as long as you are managing his mechanics but the adds will decimate the group if allowed to enrage.

Saint Olms serves as the true boss of this Trial and is found in the area just across from the Asylum entrance. He is a mechanical construct resembling a dragon and much like the other Saints, he employs repetitive mechanics, does not enrage and is simply a test of endurance and coordination if fought alone. For positioning, it is highly recommended that the group use a formation as follows:

The key to this fight, just as the previous fights, is proper positioning and coordination. Remember to return to formation after every major mechanic and watch out for the adds. The Ordinate Protector adds should always be a priority whenever they spawn. An invulnerable boss means a longer fight. For the most part, the tank will stay put and only have to manage the steam breath cone as well as properly blocking the heavier attacks. Make sure the healers are the furthest targets so the lightning field AoE will target them only. Remember not to linger in the field as it is a massive drain on resources if it doesn't kill you first. When Olms starts leaping, simply go to your designated safezone and block until the phase is over and do not overlap with other players under any circumstances.

The lightning bolts should pose no threat, so long as all damage dealers are spread evenly in semi-circle formation behind the boss and backpedal accordingly. Remember to reposition after the bombardment is over. Technically, you can circle dance around the bolts but this is not recommended as there is a high chance you will overlap with other players. Do take note that it is possible for a damage dealer to outrange one of the healers while backpedaling for this mechanic, potentially having the boss target the damage dealer with the lightning field. This will prove problematic so be careful not to backpedal too far, it only takes a few short steps to avoid all of the lightning orbs.

These sequences will repeat for pretty much the whole fight until Olms reaches 25% HP, at which point he introduces the final mechanic of engulfing portions of the room in fire, but it is key to maintain formation and to not panic. The boss has no enrage timer and does not hit particularly hard.

Should you choose to fight Saint Olms with either one or both of the mini bosses, the fight and mechanics will remain largely the same but you will have to deal with each boss' mechanics simultaneously. Going with one mini boss, they will enter the arena after the first leap. If going with both mini bosses, Llothis will spawn first after the first leap and then Felms after the second leap. From a mechanical standpoint, both bosses will retain most of their movesets but neither will summon their adds. Both mini bosses will have 10 mil HP each and depleting their HP simply puts them in a stunned state for a little under a minute, after which they are reactivated with full health so you can expect to be constantly fighting them until Olms is dead. Each boss will also have an enrage timer of around 3 minutes from spawning/reactivation, significantly increasing the damage they deal and adding a bit of a DPS race into the otherwise standard encounter.

It is recommended to have an Off Tank for the mini bosses, positioning them near where Olms is being tanked in order to stack AoE damage. The key for taking on all three bosses together is prioritizing targets as follows: Ordinate Protector > Mini Bosses > Olms. Note that if left alone for too long, more protectors will spawn, rendering the mini bosses invulnerable as well so be sure to destroy them as soon as possible. For Felms' Manifest Wrath ability, the group is no longer required to stack tightly because of the much larger arena. The targeted players simply have to be aware of the cast and move out of the way accordingly. His teleport strike will also target the healers on either side as they should fulfill the furthest target criteria. The healers will need to balance the AoEs left by the teleport strike as well as the lightning field AoE from the main boss. For Llothis, you will still employ the same mechanics as before except players will not be following him too closely as you need to maintain your semi-circle formation behind Olms. Players targeted by his cone should still stay in place and block while the rest move away. Don't forget to interrupt his poison bolts.

Aside from that, the fight will follow the same flow as the original and Olms doesn't even get his health boosted. This is still a test of endurance and coordination that can be overcome by maintaining mechanics and not panicking. 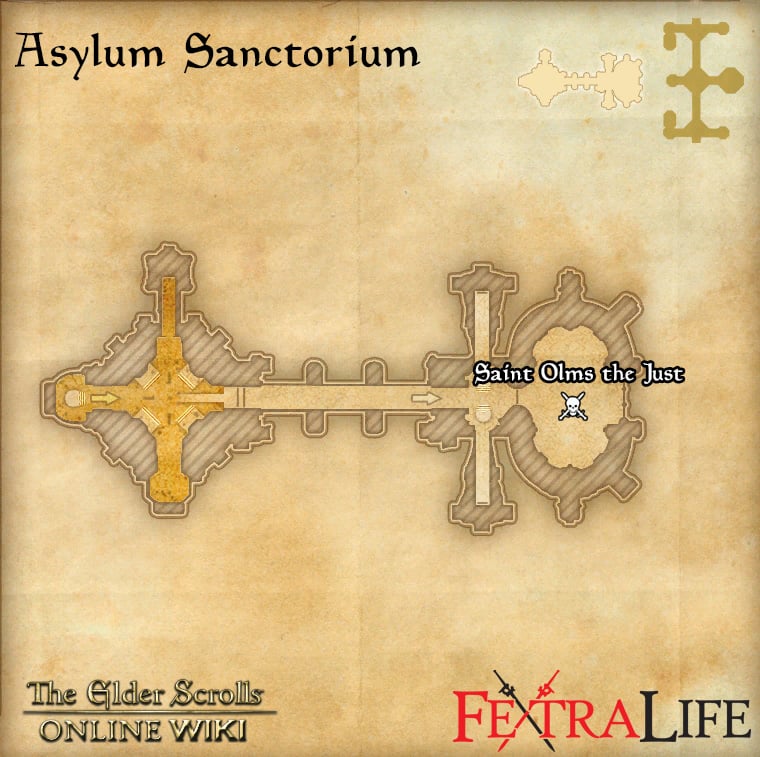 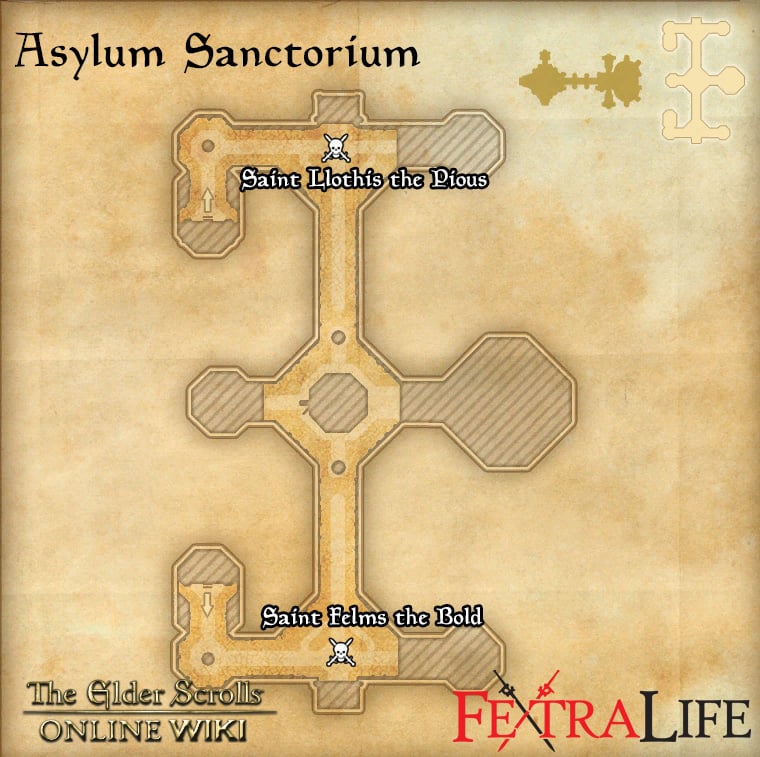