The Halls of Fabrication trial is located in Vvardenfell within Morrowind.

DISCOVER THE CLOCKWORK CITY
Within the tower, a group of twelve battle through a series of challenges.  Ancient and deadly clockwork automata are spilling forth from a mysterious magicka conduit, and you and your companions must enter the rift, discover the Clockwork City's Halls of Fabrication, and shut down the Assembly General.  In the Halls of Fabrication, you and your team will uncover the secrets of Sotha Sil's experiments and put an end to the Fabricant threat. You will not be alone, however, as you will be assisted by the mysterious and powerful Dunmer sorcerer Divayth Fyr himself!

If you played through The Elder Scrolls III: Morrowind, you'll recognize the classic Elder Scrolls character. As Divayth guides you throughout the halls of Sotha Sil's complex, he will offer (mostly) helpful advice for dealing with the Fabricant threat. Pay close attention to the Telvanni sorcerer, as he could provide clues regarding some of the Trial's more challenging mechanics!

The Halls of Fabrication Trial quest begins when you enter the dungeon. There are 5 (technically 8) bosses the team has to battle during the trial:

The trial is not a DPS check until execute phase on the Assembly General. It is highly recommended to shield continuously to prevent strain on the healers. This is why it is recommended that magicka DPS permanently slot Harness Magicka. The entire trial is a test of your tanks.

One of the easiest bosses in the trial. Each tank takes one of the Fabricants. Mechanics to be aware of:

Generally, kill Positrox until around 20% HP, then  switch focus to Negatrix. If one boss dies before the others, empowered Dwarven Spheres spawn which spell certain death for most of the group if the bosses are not killed close enough together.

This is the roadblock many groups face in the trial. The boss' HP is just over 59 million, and it is important that everyone is aware of the mechanics for this fight or it can result in a group wipe very easily.

Mechanics to be aware of:

The Archcustodian is a large Dwarven Spider found at the Halls of Fabrication. It is surrounded by a damage shield, and therefore invulnerable. To dispel the shield, lure it further down the hallway, and activate the Shock Pylons.

The boss will be stunned for approximately 15 seconds, after that it will spawn two adds. You need to kill these adds before you can stun the boss next time

The three Factotum can form a link that strengthens all of them if they stay close enough. Therefore, they should be kept separate. At certain health thresholds (70%, 40%, and 20%), each of them will overcharge and be immune to all damage. Once all three enemies are overcharged, bringing them together will reverse that, allowing them to be damaged again.

The Assembly General is a Dwarven Colossus found at the end of the Halls of Fabrication. Though technically an artificial intelligence in charge of reassembly, it will control a physical body during the fight, and must be dealt with while Divayth Fyr attempts to hack its main console. 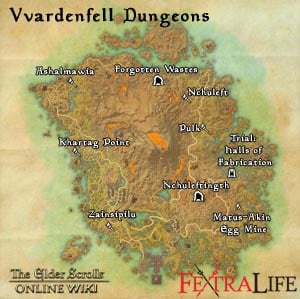 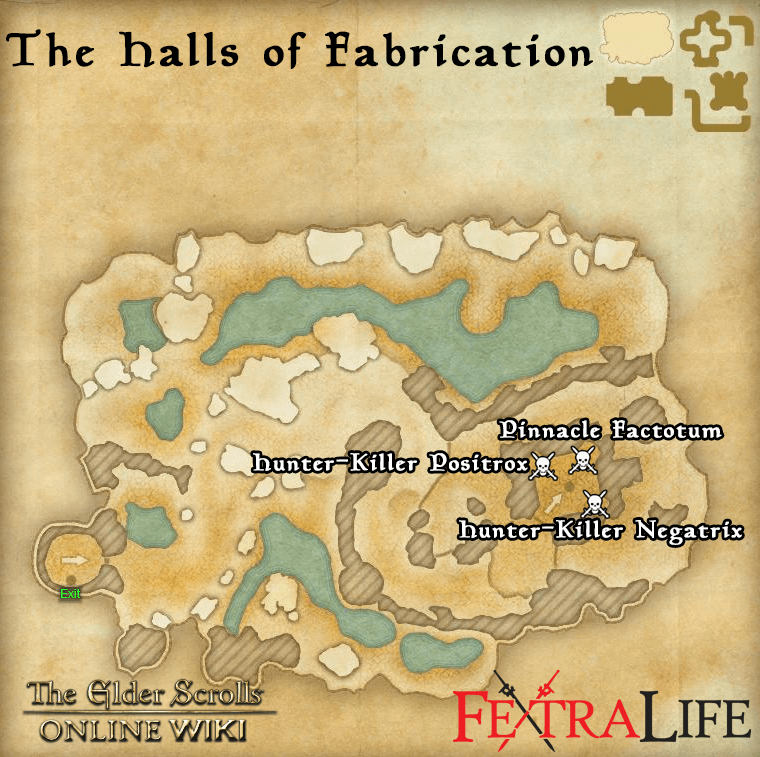 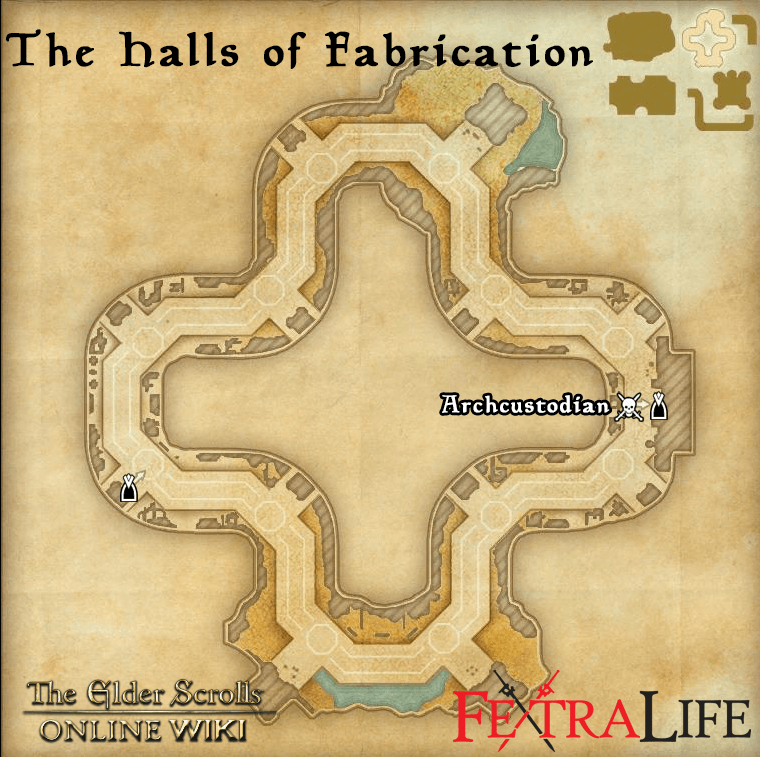 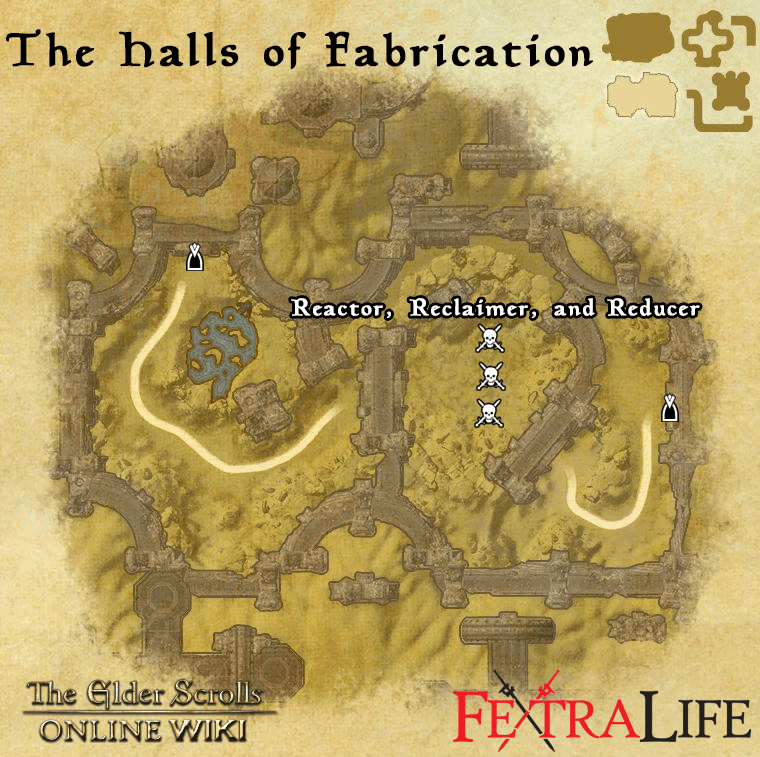 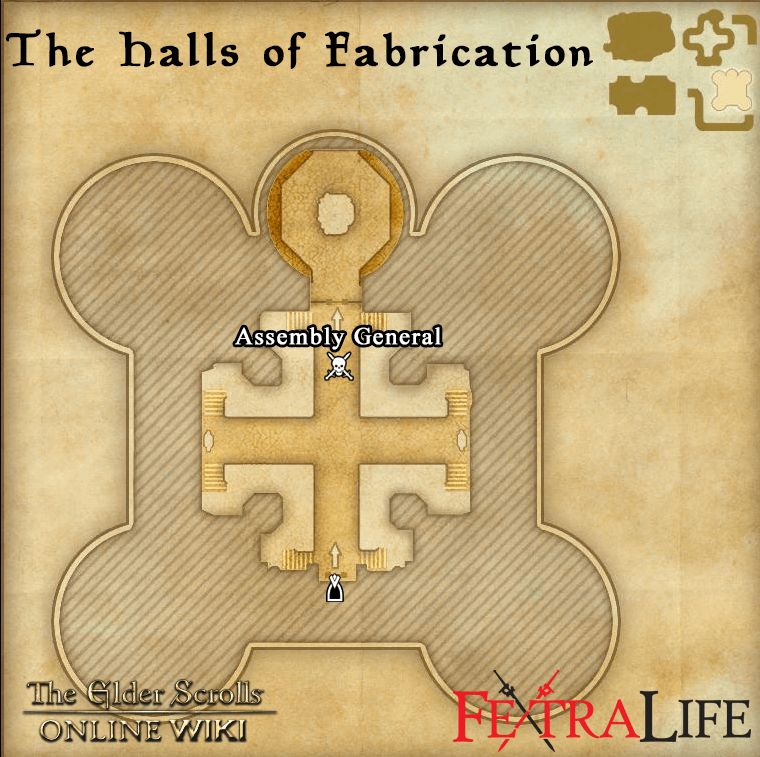