The Aetherian Archive trial is located in southeastern Craglorn near the city of Elinhir. Within the tower, groups of twelve battle through a series of challenges and ultimately face the Mage. Trials are special PvE group instances in Elder Scrolls Online, which can be identified by the

icon.  They have special mechanics and group tactics for 12-player groups to accomplish, and present unique rewards for players.   Note:  this walkthrough focuses on how to complete veteran mode.  There is also a hard mode that can be achieved by breaking the three globes in the portal area used to teleport to the final boss.

The Aetherian Archive Trial quest begins when you enter the dungeon. There are four bosses the team has to battle during the trial: Lightning Storm Atronach, the Foundation Stone Atronach, Varlariel, and the Mage herself.

Before entering the trial, the trial leader will divide the raid into 3 groups (4 players each) due to the fact that there are transportation pods throughout the trial, some of which separate the group into 3 smaller groups, with each group fighting their own enemies. The groups should be broken down as follows:

One player will activate Rapid Maneuver right before the team opens the door to start the trial, to assist with speed.  The frst set of adds you will encounter will be a group of Fire Atronachs, which can easily be killed with AOE skills.  After clearing, the team will stack on the next door, where a player will once again activate Rapid Maneuver.

When you open the next door, you will enter the frozen room, don't use any skills as you run through the room, as if you do, you will get caught and stunned by the frost whirlwinds. The next set of enemies you will encounter will be 2 Frost Atronachs. Run past them and DPS them from behind.   Once clear, the trial leader will call for another rapids. Run up the stairs and through the lightning area without stopping.  The first person to the next door should open it and wait just inside the door for the rest of the team.

Let the tanks go in first, with everyone else following and stacking together to make it easier for the healers to heal the group. Throw a negate on the mobs, focus on the Overcharger enemy first then AoE the remainder of the DPS. As soon as this is clear, run up the hill and drop down to the next area to fight the first boss.

When the group is ready, the main tank will approach the boss first and the group will follow. The tank will hold the boss in the middle of the room. Use single target DPS. The boss has 2 main attacks that he will alternate:

After killing the Atronach you will split into the three pre-defined groups (left, right, center) and teleport to 3 different locations using the first set of Teleportation Pads:

Players will now all step onto the next set of transport pads.  A bridge will form in front of you. Run to a rock at your 11 o’clock and stack on it.  AoE DPS the enemies until the Overcharger spawns.  After killing the Overcharger, go back to AoE DPS, then the second Overcharger, then the rest of the eneimes.   Keep a tight stack to make the healers lives easier.  During this fight, there will be some mobs that are out of range…Dragonknights should use chains to pull those mobs in.  Once this group is clear, get on any teleport pad, where you will be taken below for the second boss fight.

The tank will start this fight. He is going to pull the boss towards the group a little bit, with everyone else stacking on the tank. This fight requires more coordination to combat the 3 main attacks:

After the fight is over, you will run up a ramp and once again split into the three pre-defined groups (left, right, center) and teleport to 3 different locations using the next set of Teleportation Pads.  Center group must be crouched.

After the fight is over, you will run up a large winding ramp and drop down to face the third boss fight.

Before the fight the trial leader will assign one or two DPS to every pillar, except for the pillar with the green christmas tree lights on it.  The purpose of this exercise is that during the fight, the boss will spawn clones of herself which need to be killed immediately.  The only exeption to this, is the clone which spawns at the green light pillar, which will be completely ignored during the entire fight.   The boss attacks during this fight are:

The main tank starts the fight and maintains taunt on boss throughout, as there is a 3/4 health damage shot that comes from her.  Tank and Off Tank share taunt of clones when they spawn.  Melee DPS will be closer to the boss with ranged DPS farther away, and healers directly opposite of each other.  As soon as clones spawn, the DPS will run to their assigned pillars, killing their clone then helping the other players kill theirs before returning to the stack to DPS the boss.  The boss has a massive attack at the end of each clone phase, which is signaled by beams of light being pulled towards her.  The Healer will need to use the  Solar Prison skill on the 12 player stack to mitigate the boss AoE.   Rinse and repeat, remembering there will be one extra clone each phase.

When the fight is over, cross the bridge and go to the last set of transport pads. It doesn’t matter what pad you are on. Near the front pads are three Aetherial Orbs.  Smashing the orbs will convert the final boss fight into HARD MODE.  DO NOT SMASH THESE (unless you intend to do the fight in hard mode).  Once everyone is on the transport pads, you will be taken to the final boss fight.

You will enter a circular island floating in the air.  If you fall off, you will die and be respawned at the beginning of the dungeon.  Think of this floating island as a clock. You are at 6 o’clock when you enter, 12 o'clock directly opposite, etc.  There is a large round platform which takes up the majority of the room, with a smaller inner cicle identified on the ground.  During the fight, the ranged DPS will need to stand on the outer edge of the platform, each person on a different clock position hands, with no more than 4 melee dps evenly spaced around the small inner circle.  The reason for the spacing is the boss throws out lightening attacks and it will chain between players, killing or severly damaging the last person it hits, if players are too close together.  There are three main phases in the fight: 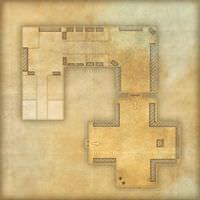 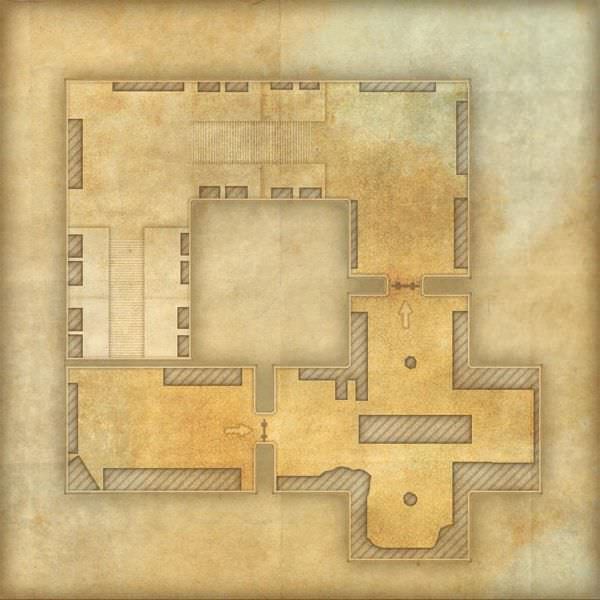 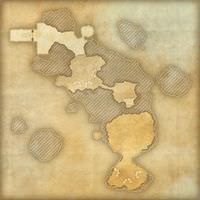 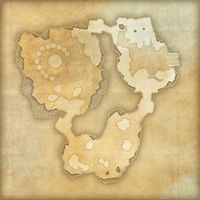 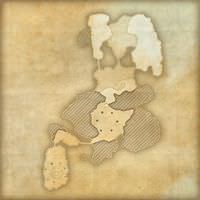 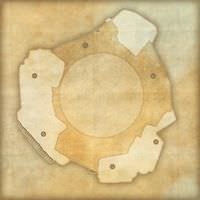