The Imperial City Sewers is an additional PvPvE zone located directly underneath the Imperial City and is accessible once the Imperial City DLC has been downloaded by the player. Entry is granted by 3 sewer gates in Cyrodill, directly around the Imperial City. The zone is open to all 3 factions and contains 3 distinct 'arms' at the end of which contains one faction's home base. There is no ranking up in this zone as it is technically a public dungeon meaning players of low level will be given no buffs and will face higher levelled enemies 'naturally'. The most recent update (Jan 2016) has implemented a group tool for Imperial Sewers which helps solo players avoid running the sewers alone. To use the group tool the player must first be in the sewers.

The Imperial Sewers also introduces a new currency-Tel Var Stones which are accumulated by killing other players while in the sewers. Players may trade Tel Var Stones for special gear in their home base or store them at any bank. If a player is killed whilst in the sewers they will lose up to 75% of the Tel Var Stones they carry when they are killed (creating the importance of regularly storing them at the bank).

Each arm has 'Zones' which upon entry gives the player a brief description of the events taking place their and giving some idea as to the enemies that they will face. There are also multiple zone bosses which players must group up to take down. 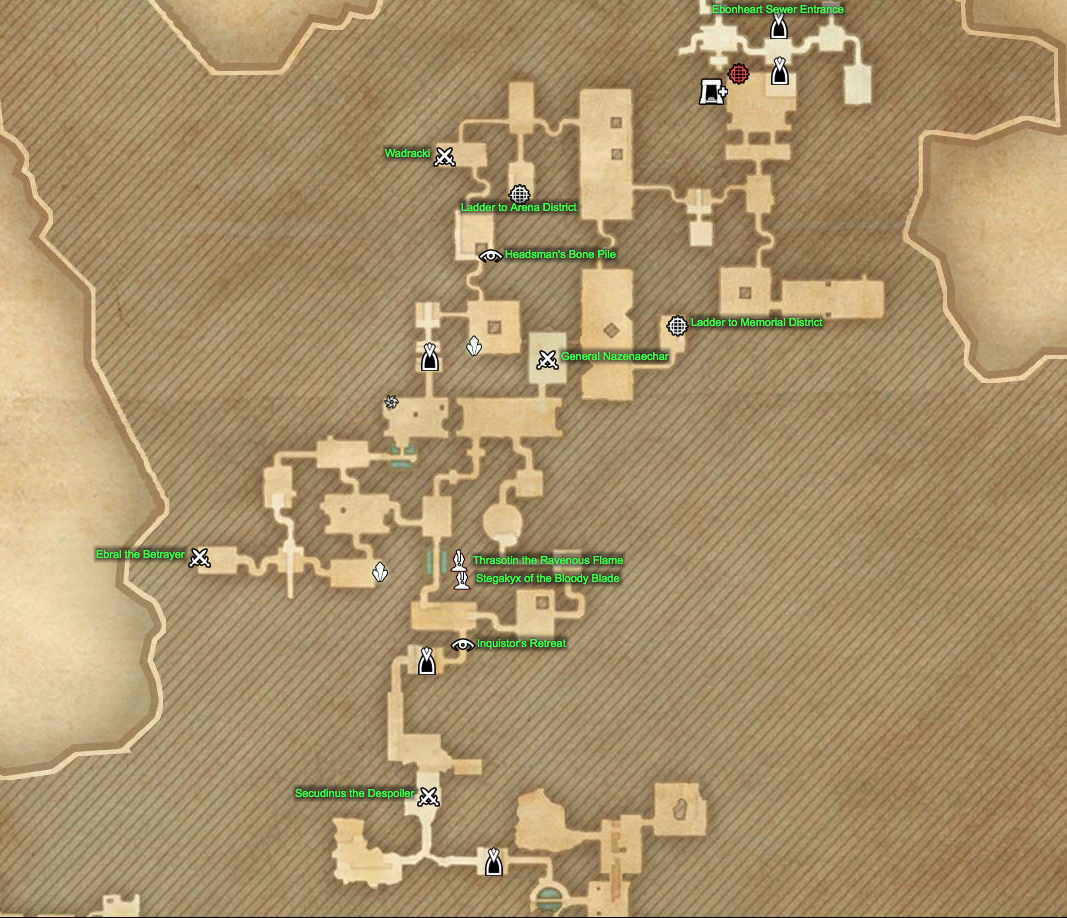