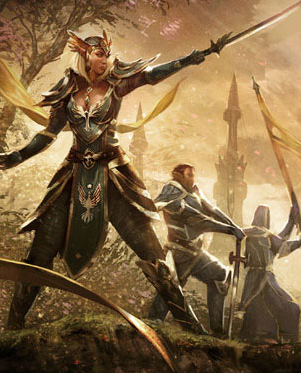 Queen Ayrenn is intelligent and honorable, with a genuine humility rarely seen among her people but she is also a decisive leader with a stubborn streak. She is young for a High Elf—a mere 28 years old—but she spent much of the first part of her life roaming the lands and seas of Tamriel, seeking adventure and the kind of education schools cannot impart. She returned to Summerset following the death of her father to accept her position as heir to the Altmer throne.