Nord are a Race in the Elder Scrolls Online. The Nords are a hardy brave race in ESO, who focus on warrior skills such as stamina and health. Players can select a race during character creation, and different races have different bonuses and associations. Players can change their race by purchasing a Crown Store item. 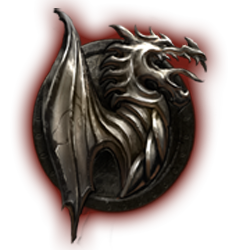 "The Nords once conquered most of Tamriel, and as a result, feel a certain entitlement to rule. They broke the power of the Ayleids, nearly drove the High Elves out of High Rock, and conquered much of Resdayn, the precursor to Morrowind. The Nords are excellent with arms. They are quick to anger, boisterous, and strong. They are natural-born warriors who fight with an ecstatic ferocity that terrifies their enemies. "

Players who want to use Nord themed styles can look for:

Nord Racial Skills in Elder Scrolls Online (ESO) are gained as the player increases his or her Character Level. Players will continue to gain Racial Passives until they reach level 50, which where they will cap out the Skill Line. Each Race has their own set of Skills that make them unique and better suited for certain roles and Builds. Be sure to study these when planning your character, as they can make the difference between a good player and a great player.

Nords are a very tough to kill, and should be considered by those that wish to Tank as their primary role, or for those that wish to PvP, as extra Physical and Spell Resistance goes a long way in both of these cases. The increased Ultimate generation is also ideal for both of these, since Ultimate abilities often determine the victor in Cyrodiil, and it can really improve your effectiveness in group content. Select this Race if you know you want to Tank.

Increases experience gain with the Two-Handed Skill line by 15%

Increases the duration of any consumed drink by 15 minutes.

When you take damage, you gain 1 Ultimate. This effect can occur once every 10s

When you take damage, you gain 2 Ultimate. This effect can occur once every 10s

When you take damage, you gain 5 Ultimate. This effect can occur once every 10s