Kyne's Aegis is a 12-player  group trial content in Elder Scrolls Online. Kyne's Aegis is located in Western Skyrim and added to ESO with the Greymoor Expansion.

"Kyne's Aegis is a keep on an island north of Solitude. Its original intent was to be a bulwark against northern invasions which approached the cost via the easiest channel. Thane Ogvar was given ownership over the fort and over time, it morphed into a northern fishing village in addition to a fort. The island's gold veins have led to the Thane establishing a mining operation. Until recently, the fort has remained peaceful with only the occasional northern squall cropping up to cause concern. The transformation of the island to a fishing and mining spot has led to the slow decline of the fort.

A short time ago, tremendously large longships appeared to the north. Before a proper defense could be mustered, these ships crashed into the island, disgorging Sea Giants and Half-Giants onto the island, led by a powerful Vampire lord. These creatures of myth quickly overwhelmed the northern island and have begun the assault of the fort proper."

Kyne's Aegis Trial quest begins when you enter the dungeon. There are 3 bosses the team has to battle during the trial:

The Butcher's Fire Shamans can summon meteor on players. However, they can only spawn from certain locations and after certain times, so keep an eye on these locations and put them down as soon as you can.

This boss will also spawn Gryphon and Sea Adder until he reaches 50% health. They can use AoE attacks and can be healed by the boss. You can to take the boss out of range so that he cannot heal the adds anymore.

The boss himself and the gryphon or sea adder gains a frost shield every once in a while, when the adds are up. If the respective shield isn't destroyed within 15 seconds, it will burst, killing everyone. It cannot be blocked or dodged, so make sure to destroy both of them in time.

Players need to fetch ballista repair parts and use them to put down adds on the boat that anchors down the cliff.

In the first stage (before 50%), a Vrolsworn Conjurer and some other adds (Half-Giant Bulwark, Apothecary and Harpooner) spawn on the boat.

One person in the group has to use a portal synergy and go on the boat to kill the conjurer and interrupt that summons. You can use the siege weapon to reduce his health but it loaded too slow, so it's necessary for a player to go on the boat to bring him down.

Keep in mind to lure the boss away from the spawn location, for some of the adds can heal the boss or make him invulnerable.

The boss spawns lightning spears on a random group member that drain health and chain players in their proximity (if not enough players are in their proximity, they chain them in) every 45 seconds. This immobilizes the player and deals tremendous damage.

In the second stage (after 50%), two Vrolsworn Fire Mage will spawn and cast meteor on the group, similar to the first boss fight. This time, the synergy is gone and you need to use ballista shots to kill them. The boss wall also summons a twin of himself (Storm Twin) that needs to be eliminated.

The boss himself can spawn Frigid Fog AoE which stuns players that stand in it for too long and damages them more and more and gives the boss a refreshing damage shield as long as it stands in it. So take the boss out of it as fast as you can.

The boss has huge health in hard mode (around 276m), the battle gonna be long and challenging.

The boss's attacks (Blood Cleave etc.) are very powerful, and he can summons hands from the ground that kill you when you fail to avoid them. So when you see the small, pulsing pool of blood on the ground, and the boss kneels down to channeling, move fast to avoid the hit. Also, try not to cross the ways of other players because then you might spawn hands in their ways.

The boss also cast Instability on 6 players in Hardmode (3 in non-HM), indicated by the circles beneath the players. These circles burst after 5 seconds and kill players if you stack them. So, you want to spread out as fast as possible when he does it. This mechanic persists until 35% of boss health.

When the boss's health drop to 90% and 80%, he will cast Proximity Lightning. Players need to line up in a way such that the distance between them is not too long, so the chain lightning hits the wall. You need to do so four times; once in each of the four directions of the room.  If you fail to connect the lightning, the boss will deal more and more damage to group with the channeling.

Hardmode Only: In this fight, any player who resurrects another gets send downstairs to the final room and has to find a portal to get back up. In this room, there is a shadow (Death Seeker) that chases and kills players if they do not dodge his attacks. This portal vanishes and spawns to different points in the room frequently, so be aware of that when you were down there.

When you reduce the boss's HP to 70%, the floor crashes and the second stage of the boss fight starts. The boss will summon three vampire knights to attack you, their Sanguine Prison can kill players affected after 8 seconds so put them down as fast as you can.

When the three knights are dead, the boss comes back. In this phase, he summons a ball of blood above his head and then blood coagulants start sliding across the room towards him. After 30 seconds, the ball explodes (Ichor Eruption), damaging players for every coagulant that reaches the middle. (the bigger the ball, the higher the damage.)

The best strategy to counter this mechanic is to stand still for it will increase the damage. Only players affected by instability should move if necessary, but generally, you can loosely stack with a 5m difference between players and not move at all.

When drop to 35% health, the second floor crashes and the players land in the cellar where the players that resurrect others landed in earlier. Now, the boss will heal up to 40% again and do a different mechanic:

Based on a 50 second timer, he will summon two torturer adds that try and kill prisoners in the cells on the upper gallery of the room. If you kill the torturers fast enough to save prisoners, they grant different buffs to the group, depending on which add you save!

If you fail to kill them, they spawn in the middle and start channeling a one-shotting ability after a little while and basically act similar to the mini-boss, with the same abilities. Killing one empowered torturer add is challenging , while two is almost impossible to deal with and may wipe out your group, especially when stacked on the high incoming execute damage. So, you want to split your team for each one to try and find the open cells and kill the torturers in there.

At this stage, the pools of corrupted ichor spawning on the ground that damage players standing inside them, which you have to avoid to prevent deaths.

The boss also does persistent damage over time to the group through Apotheosis. In hard mode, the damage increases per second. Keep dodging his heavy attacks until you take him down. 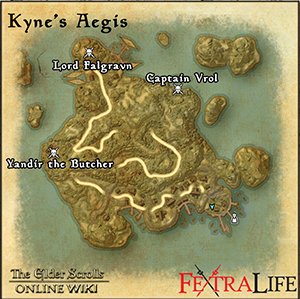