Grim Harlequin Style is a craftable armor and weapon style in Elder Scrolls Online. This Style is divided into several motif book chapters: one for each weapon type and one for each armor piece and can be found on the Crown Store only. It is only available during the The Witches Festival.

Where to get Grim Harlequin Motif 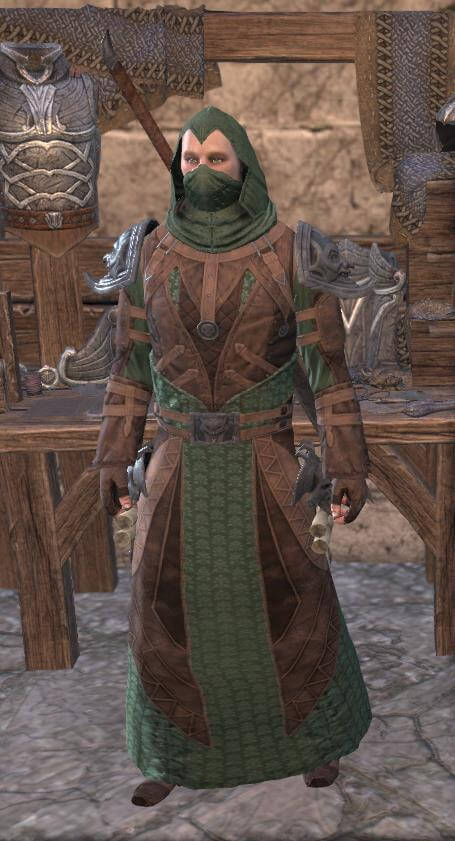 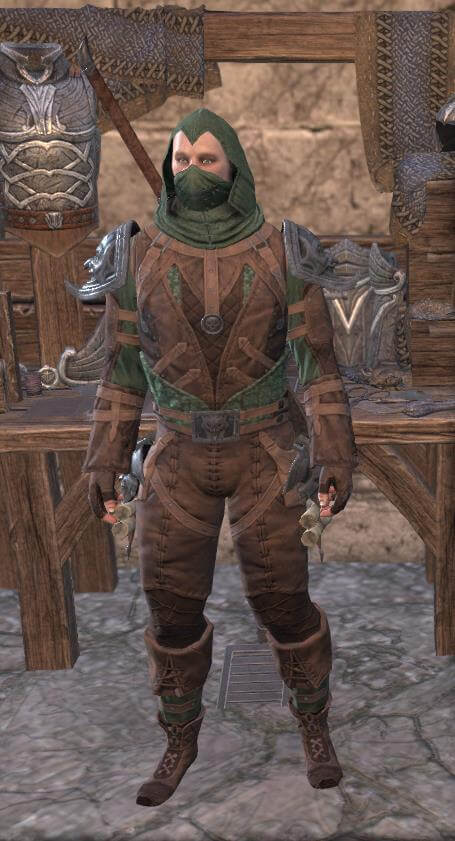 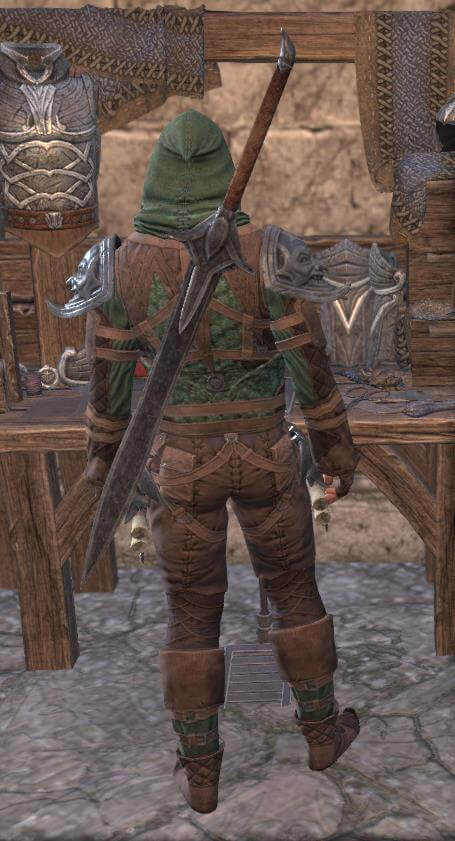 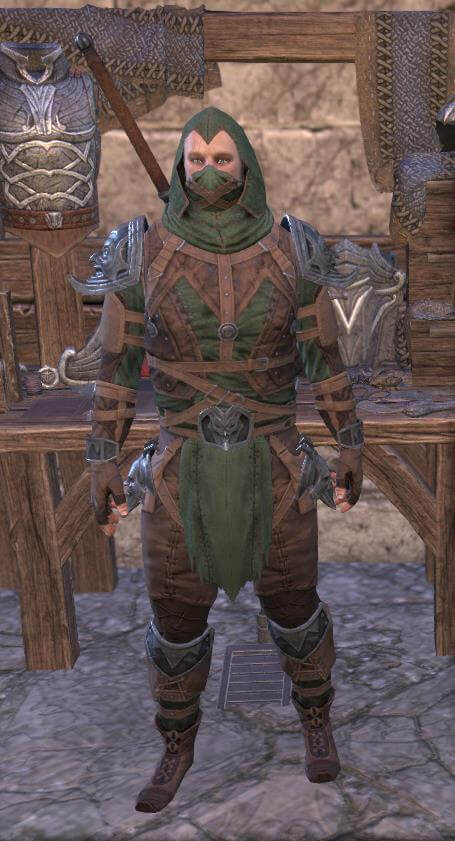 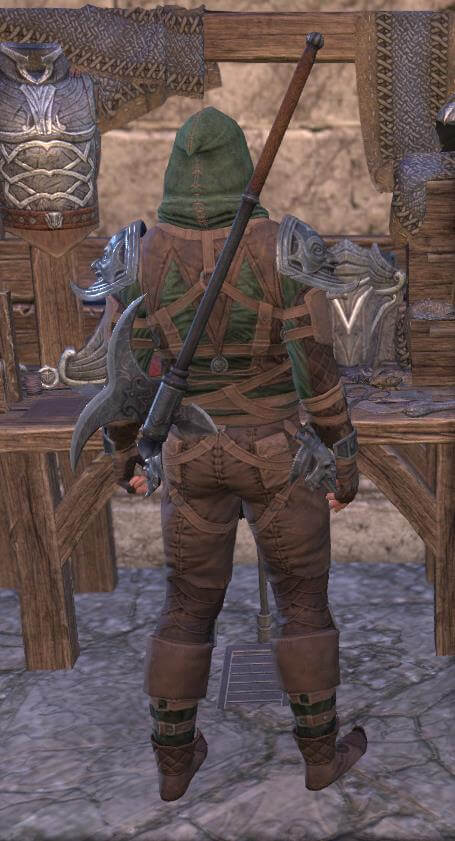 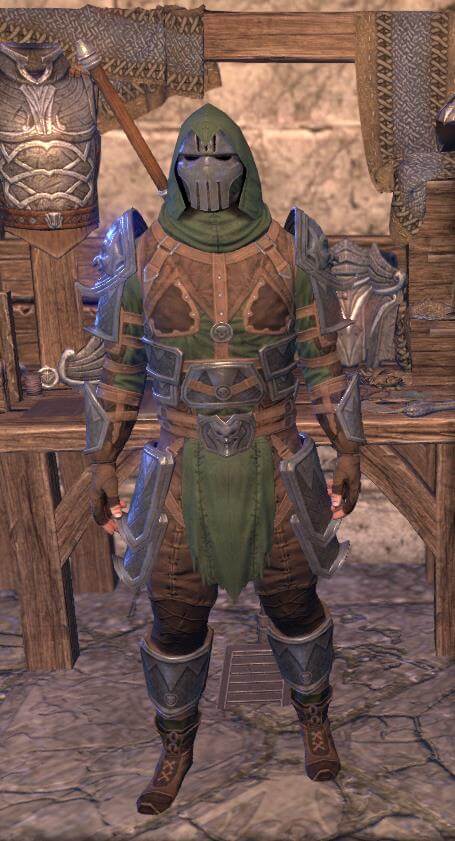 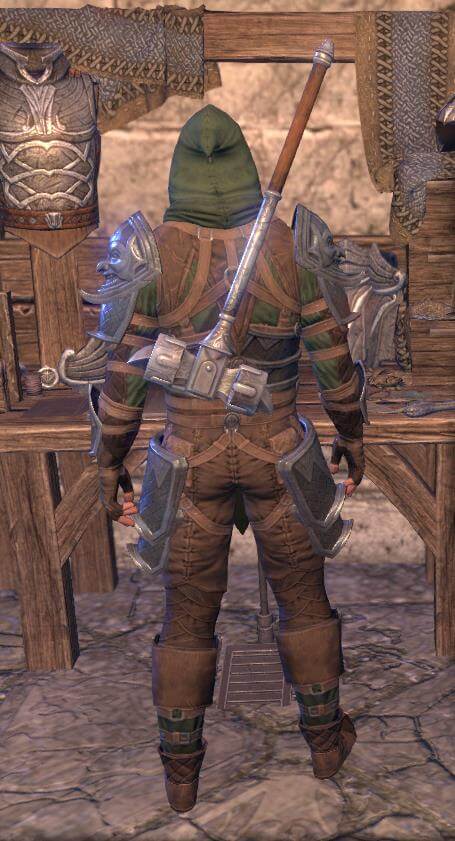 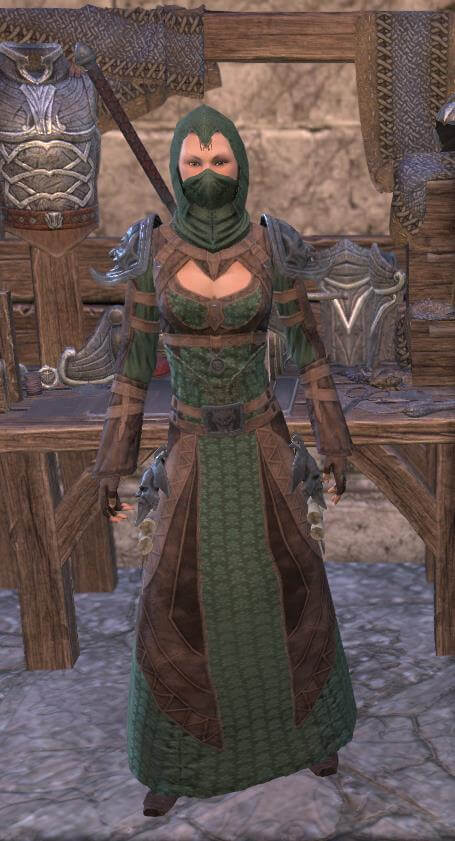 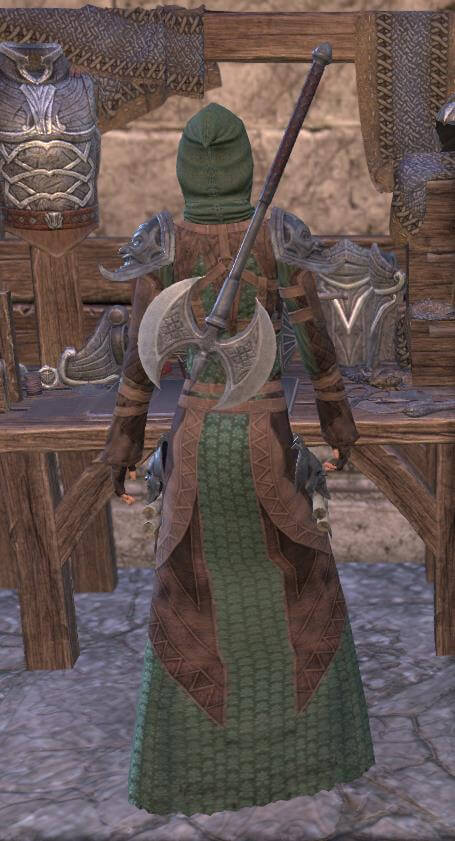 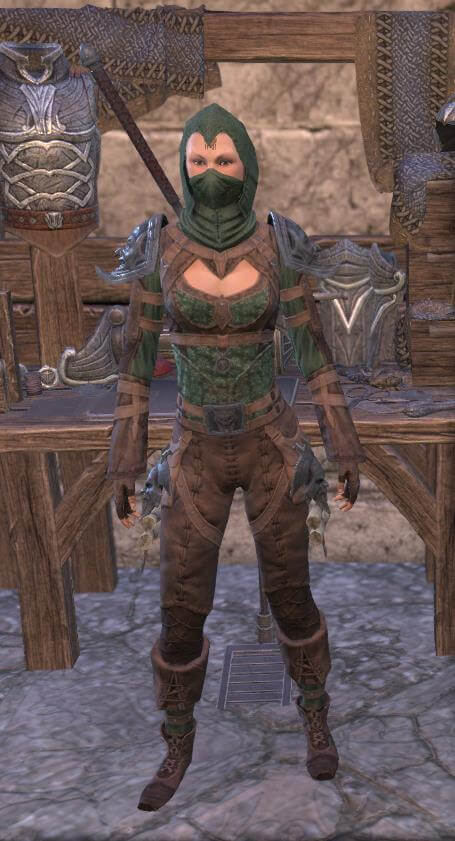 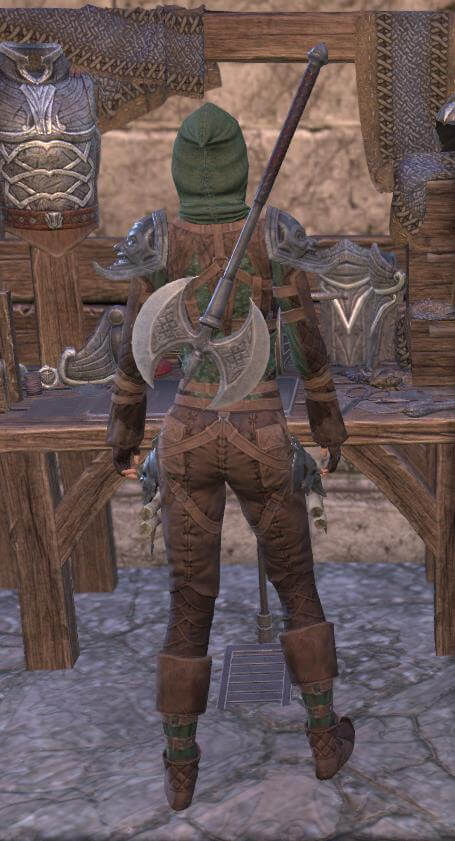 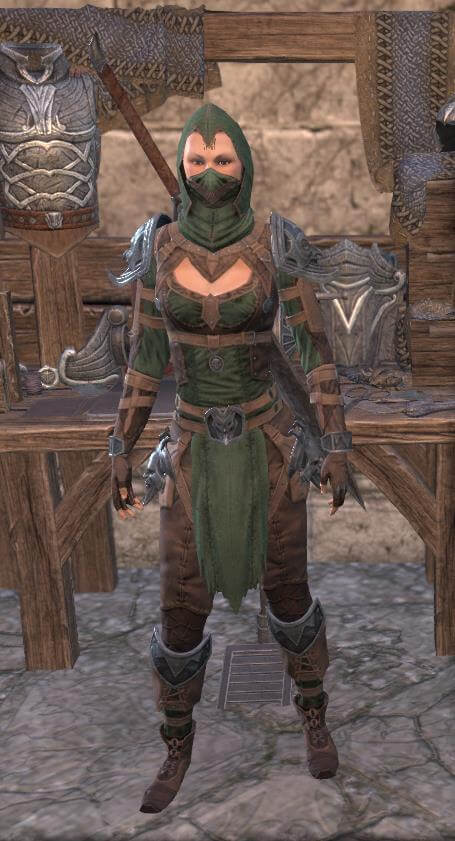 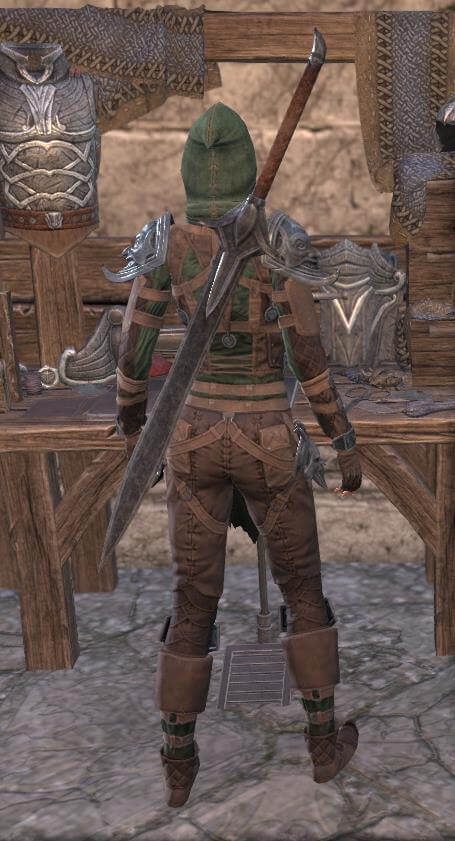 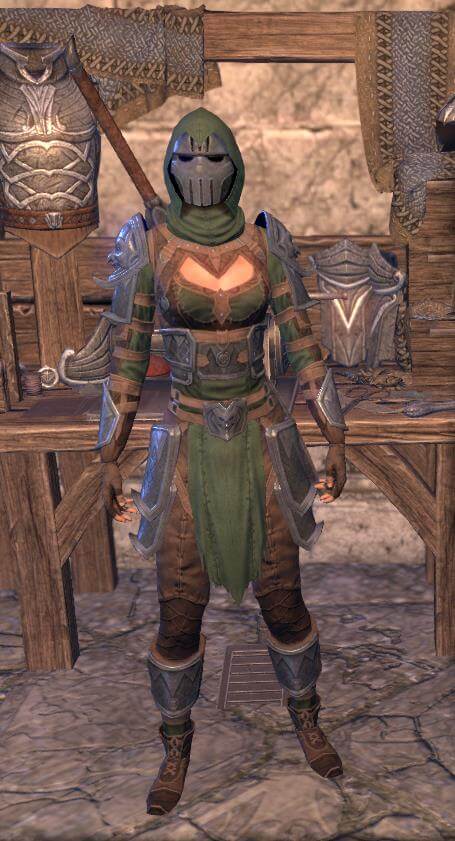 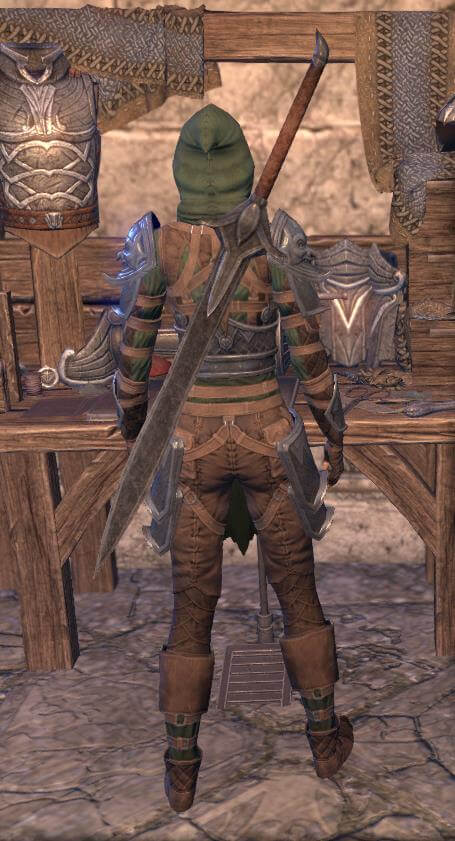 My Lord Sheogorath has directed me to compile a guide for those seeking to create "Grim Harlequin" arms and armor, so that the Mad God's mortal servants may have a way to make all their equipment look the same. Of course, this standardization runs counter to all other cult practices, and is insane on the face of it. (Ahem.) Milord has probably already forgotten he asked me to do it, but what better do I have to do with my time than write manuals for mortals?

Actually, almost anything, now that I think about it.

Curved crescent axe blades are specified, with edges of varying depth, and a complicated cluster of sharp, curved … somethings … at the haft. You know: what-you-may-call-ems. Also, grinning skulls. Put those on everything.

The belts shall be made of one, two, three, or four leather straps, of tanned Human or Elf skin, where possible. A grinning skull for the buckle, of course, Hip tassets may also sport skulls, wearing fool's caps and with tongues extended. The extended tongue is very important—a stylistic hallmark, really.

Pointed toes are required. This is not negotiable. Uppers may be of dark quilted motley, as you like. But nobody will be looking past the pointed toes: do that right, and the rest is gravy. Note: not actual gravy. Gravy may be implied, but is never stated.

Now isn't this a pretty thing: seed pearls on the facing, and swooping recurved limbs that terminate in finials curled 'round large, lovely milk pearls. An instrument of death, but ornamented with nacreous excretions: simply splendid. Don't you think?

Straps, straps, straps, and many layers—but not too rigid, not to confining, we do not wish to make it impossible to somersault. A Grim Harlequin must somersault, after all. As appropriate. (You'll know when.) Also: grinning skull sternum cameo. Very important!

What we want here is more or less a curved poniard. Pointed, of course, but with a definite crescent edge, so that it matches the swords and axes. The serrated back edge is handy for cleaning fish or grating cheese. A bastard to keep clean, though.

His Derangement has decreed that the fashion in Grim Harlequin gauntlets this season shall be for half-fingered gloves—the upper half. The lower digits shall remain nimble and free, so they can, as Milord Madness puts it, "Dance like little rabbits from blade to bow and back again." The metaphor is strained, but you get the point, do you not?

Let your headgear be a cunning cowl that simultaneously evokes both a fool's cap and an executioner's hood—jolly but gruesome is the goal here, mortal. And there's nothing to lose by adding a mummy-wrap bandit's mask to the lighter sets, or a skull visor to the heavy.

These should match the boots. I suppose. Just between you and me, to be quite candid, I have had no instruction from The Avuncular One in the matter of graves or schynbalds. Not a peep. It's as if he didn't care what you put on your lower legs. Make of that what you will.

The Grim Harlequin mace head is a grinning skull (naturally) wearing a fool's cap, with a long extended tongue that wraps right 'round the top of the haft. It's quite cunning, really. If I were a mortal, I'd want both the one-handed and the two-handed versions. But I'm not.

Grinning skulls, fool's-capped jester faces, diamond quilting, those curving sharp what-you-may-call-em motifs: the Grim Harlequin shield has it all, really. Strap this on your off-arm, and they'll get out of your way in the grocery store, believe me.

For your left pauldron? A grinning, grimacing jester-face with an upturned spade beard, of course. Oh, and another one on the right. Assuming symmetry is your goal. Who knows—it might be!

I already effused about the fool's-capped grinning skull on the mace head, doing so again about the same motif on the finial of the Grim Harlequin staff would be just rather tedious. I would prefer not to.

The swords should be long, curved single-edged blades—almost scimitars, really. The crossguard is another one of those clusters of curving overlapping sharp whatevers, you'll recognize it when you see it. And there, that's the Grim Harlequin guide, for what it's worth, which fortunately is not up to me.