Elden Hollow is a 4-man dungeon in Elder Scrolls Online. It is located in Grahtwood, and is accessed through a ruined entrance slightly West of Elden Root. Players can use the Group & Activity Finder tool to easily find groups to tackle this dungeon with. 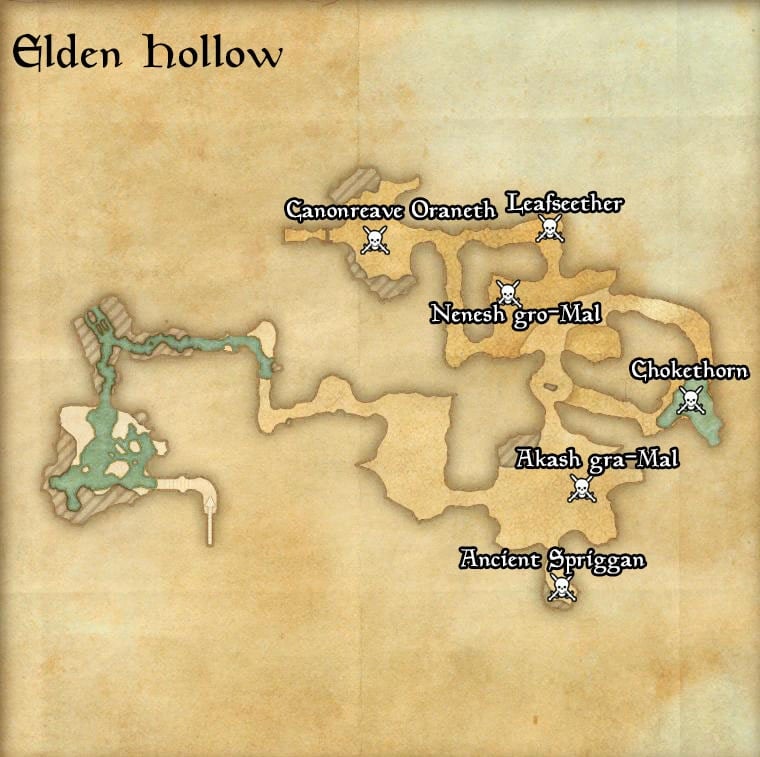 Elden Hollow is a 4-person dungeon in Elder Scrolls Online. It is located in Grahtwood, and is accessed through a ruined entrance slightly West of Elden Root. Players can use the Group & Activity Finder tool to easily find groups to tackle this dungeon with.

Veteran Elden Hollow presents difficult bosses that must be overcome to finish the Pledge quests.
Finishing the regular pledge without the challenge will give you a 1 Key, and finishing with the challenge a 2 Keys.

Boss Mechanics: This boss is assisted by a set of ranged adds, called "frighteners", target them first. The boss also has a frontal aoe with fire damage.
Strategy: Deal with the ads first, calling the targets so your group can focus fire. The tank should keep the boss facing away from the rest of the group, and roll out of the aoe when it happens.

Boss Mechanics: Dark Root will summon bugs that drain your stamina and magicka resources, target them first. Once killed, the area where the bug died will buff one player within it for magicka (blue) or stamina (green). The boss also has a radiance attack based on party proximity.
Strategy: Target the ads first, kill them in separate positions and place your tank and your healer on the pools they leave behind. The party would ideally be ranged, so everyone can stay separated for the radiance beam. Hold Block when this happens, and ensure you are not near your allies or you will die.

Boss Mechanics: This boss has many ads that mind-control the player, so defeating them first is imperative. Azura also has a shout attack that will stun your party, but it can be interrupted.
Strategy: The party should focus on defeating the adds as soon as possible when they spawn. The healer can help with a charged ultimate. You can break the root and mind control effects if you are hit by them, and all in party should know to hold block when the boss executes a special move. It is a simple fight beyond this, if your dps can keep the ads down.

Boss Mechanics: This boss has a frontal aoe so it should be turned away from the group. The boss also spawns red circles that damage the player, but also turn white during the fight and become safe zones.
Strategy: Face the boss away from the group and roll out of the aoe attack. Stay close to each other and watch the ground for the red circles. Step out of them but stay near, as you will immediately have to go back to them to protect yourself from the damage.

Boss Mechanics: This boss has several adds and a large ground aoe. It is also reluctant to move, so your tank will have to be inventive.
Strategy: Ranged groups will have an easier time defeating this boss, but melee teams can also be mindful of the large aoe and roll out of it. With a good healer and some heals over time cast on everyone, and the right usage of block to prevent more damage when one cannot roll out of the red.

Strategy: Your party should have VR gear, health enchantments, fire resist and food. Start the fight spread out in corners so you can place your flame puddle out of the way of the tank. The tank should announce when the fire is happening, and you should wait for it to hit the ground under you and swiftly roll away. It will track you so do not roll too early. When shades start to spawn, you can ignore the black shades if your DPS can get the boss to jump at the 75%, 50%, 25% intervals, this will clear them before they cause too much trouble. But the white shades either need to interrupted when they're healing, or focused down properly. Use Break Free to escape the shades if needed, and once they have all been dealt with turn your attention to the boss. Watch the boss movements and run to the edges of the arena whenever a fire attack is due, so you keep the central area clean.
After a certain time/health has passed, the boss will lunge into the air. The healer should be ready for this by having everyone topped up and a bubble on the tank, and the whole party should hold block. As soon as the damage is taken, everyone should be healed up and the next wave of shades begin.

Challenge: The challenge requires that you beat the boss with his added healing minions. Experienced parties may assign 3 dps and simply dps through the heals, but newer players will instead want to kill the healing (white) shades first. The rest of the fight is the same, it's just longer. 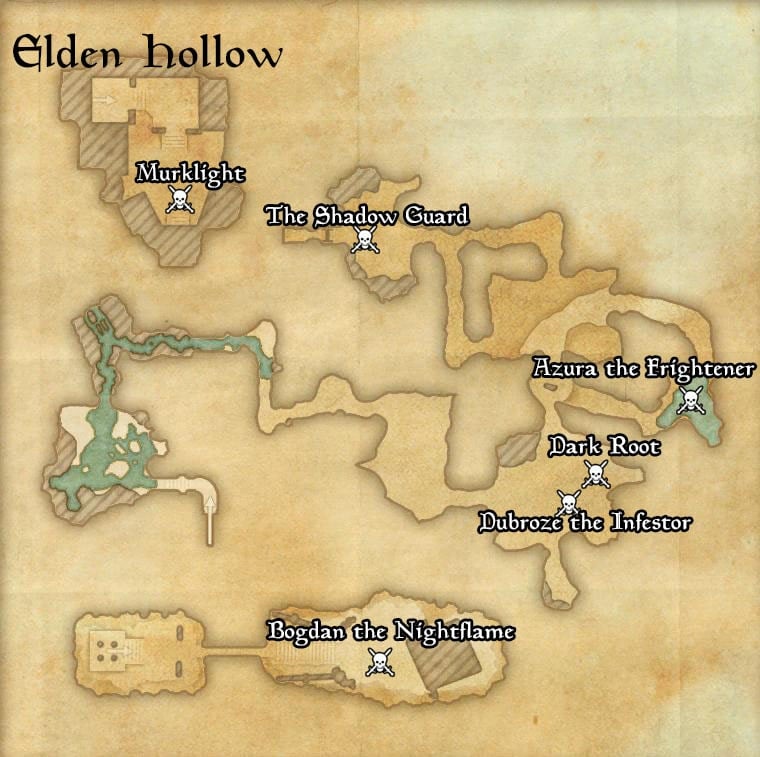