This area was originally designed for players levels 4-5, but has become Battle Leveled with One Tamriel.

Bleakrock Isle has the following Overland Sets: Armor of the Trainee Set. 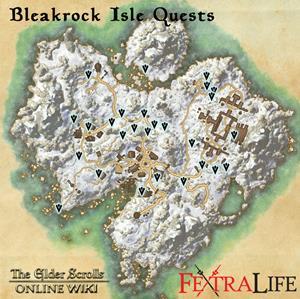 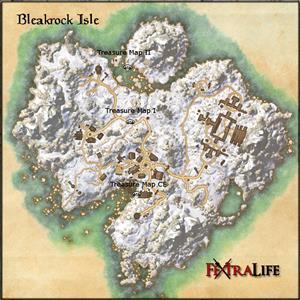 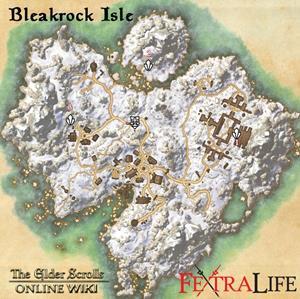 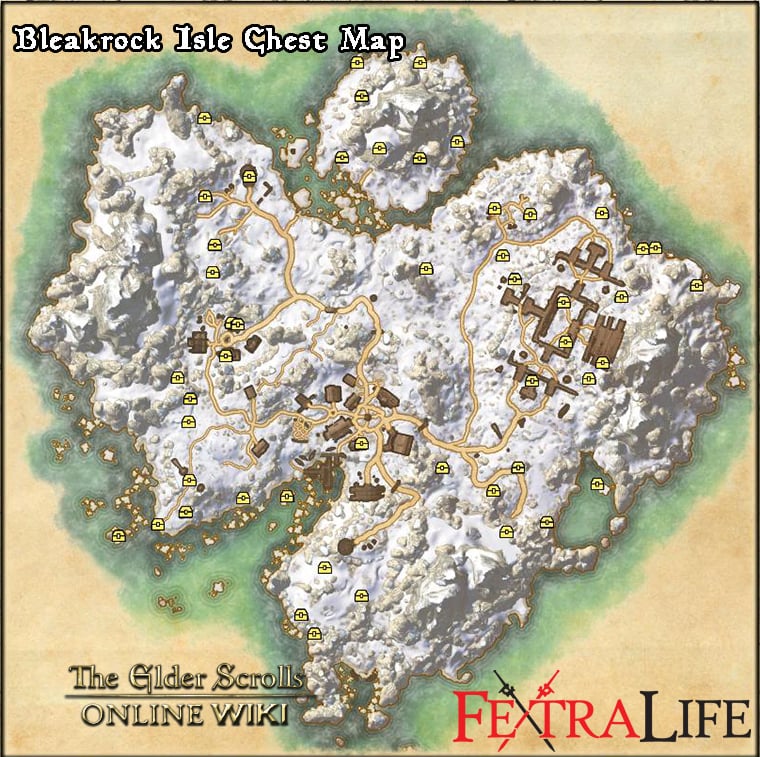 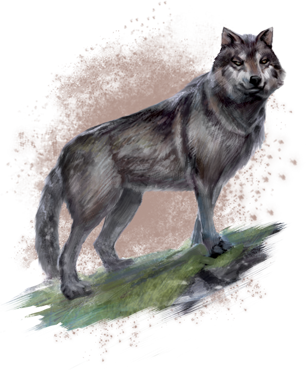 From the journal of Irgalfa Owlcloak, Alchemist:
Even here on Bleakrock, there are alchemical lessons just begging to be learned. Too bad I'm being hampered by ignorance. No one in that tiny village would let me set up my equipment in any kind of shelter, even when I offered to share the fruits of my labor for no fee!
Working out in the field has had some unexpected challenges. Two days past, I was attacked by some scruffy-looking wolves right as I was on the verge of a breakthrough! They must've been attracted by the liquefied goat liver I was heating with the berries of a native bush I hadn't seen before. Then, last night, for fear I'd lose my new potions to the frost, I placed my pack closer to the campfire than usual—too close, I guess, as I was jolted out of sleep by a minor explosion. Maybe I should have hired a guide; I feel like I'm going to learn more about surviving these damned wilds than about alchemy at this rate!