Betnikh is a Location in Elder Scrolls Online. This small island was originally under Breton control, however it is now occupied by Orcs.

Betnikh can be reached by talking to the Boatswain Gilzir at the  north end of the Daggerfall Harbor District  in Glenumbra.

This area was originally designed for players levels 5-6, but has become Battle Leveled with One Tamriel.

Betnikh has the following Overland Sets: Armor of the Trainee Set. 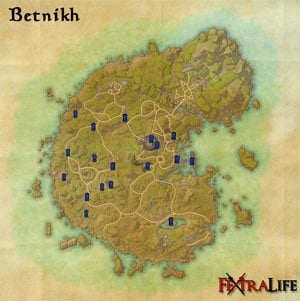 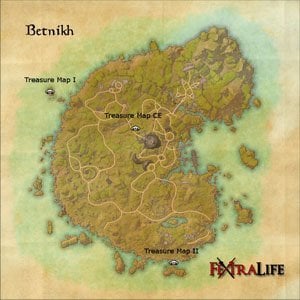 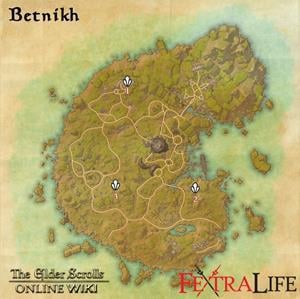 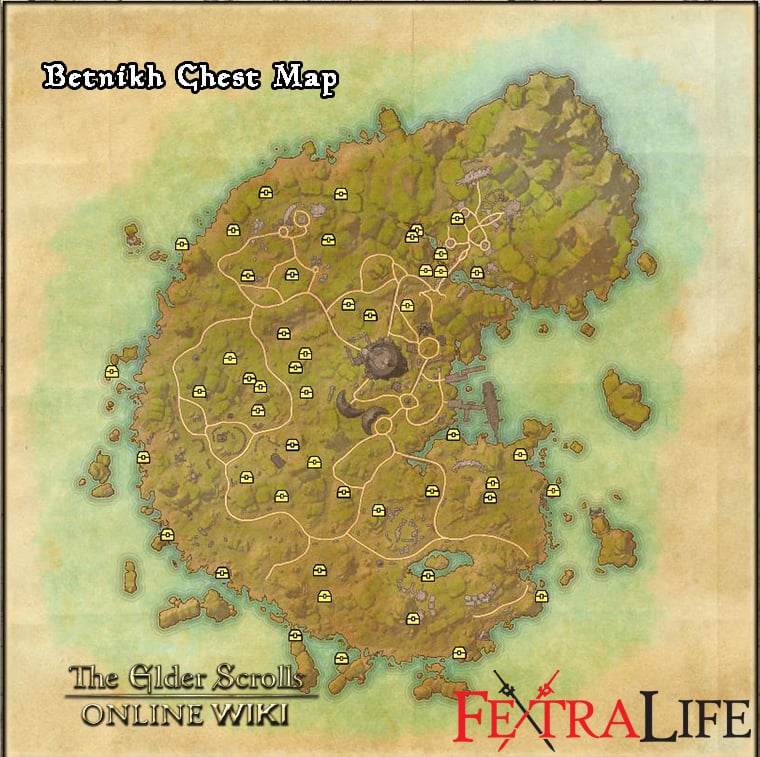 From the journal of Ugarlesh, Forge-Wife:
“I caught Lagabesh lurking around the forge and asked her what she thought of the helm I just finished. She stuck out her tongue and scurried off giggling. She's that age where she wants to rebel against anything her mother likes, but I see her stalking around the forge more and more when I work, watching me craft good, strong weapons and armor for our warriors. I even caught her admiring the axe I forged for the chieftain's oldest, running her fingers over the blade and tracing the engravings. She's not quite ready to do more than simple tasks around the forge, but she will make some Orc a fine Forge-Wife one day; I can already tell.”